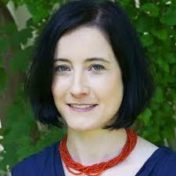 Last July, Winston-Salem, NC-based Primo Water found itself caught up in President Donald Trump’s trade war with China. The U.S. imposed import tariffs on about 6,000 Chinese goods worth about $200 billion.

An industry initiative to reduce beverage calories consumed in select low-income communities showed improvement in 2017, according to a new report on behalf of the American Beverage Association and the Alliance for a Healthier Generation. The organizations have collaborated since 2014 to cut calories consumed per person by -20% by 2025 in what are now five target communities. The reduction in all five communities last year was faster than the average pace needed to achieve the 2025 goal, according to the report prepared by independent evaluator Keybridge. Declines ranged from -2.2% to -5.4% and were driven by a shift to no- and low-calorie beverages from full-calorie beverages. Volume did not decline, the ABA pointed out. It is too early to determine whether the per-person

Plus, Quincey Details Thoughts on CBD.

During an earnings conference call on Oct. 30, CEO James Quincey was asked about any plans for beverages infused with CBD, which is extracted from cannabis and said to relieve inflammation (among other benefits). “We don’t have any plans at this stage to get into this space,” he answered. Quincey later told CNBC: “It’s just not something we’re interested in.” The answer appears to close the door on the ingredient at Coke, for now at least. Coca-Cola had said in September that it was “closely watching the growth of non-psychoactive CBD as an ingredient in functional wellness beverages around the world.” In an interview with Quincey following the conference call, BD asked Quincey how Coke evaluates such an ingredient. Getting to “serious consideration” means crossing a number of “hurdles,” he said. “To put it in simple terms, there are at least three: Is it safe, is it legal, and is it consumable?” Quincey asked. He said safety means reaching a “consensus

One Up, One Down for Soda Tax Measures in Washington and Oregon.

The U.S. soft drink industry got a split decision last week on two statewide ballot measures in Washington and Oregon seeking to block local governments from taxing sweetened beverages. In Washington, 55% of voters approved Measure 1634 to prohibit local excise taxes on groceries, including carbonated soft drinks. While the victory won’t reverse a 1.75-cent per ounce sugar-sweetened beverage tax already imposed this year in Seattle, it does block any increase.