PepsiCo brought together executives from its US bottling system in August to review new product and marketing plans for 2020. The company hosted the meeting at its Purchase, New York headquarters. Attendees included company-owned and independent franchise bottling executives. The gathering came six months after PepsiCo reorganized its North America beverage business into five divisions, four in the US and one in Canada. The meeting’s theme was... 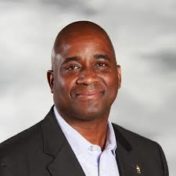 Randall Goins, the former president and COO of Coca-Cola Beverages Florida, has settled into a new role with a key Pepsi bottler, he told BD this week...

BD held its annual Future Smarts conference on Dec. 7 in New York City. The program focused on the implications of massive changes this year to the North American non-alcoholic beverages landscape. New leaders have taken over all three of the largest soft drink makers -- Coca-Cola, PepsiCo and Keurig Dr Pepper -- since  2017. Acquisitions of Dr Pepper Snapple by Keurig Green Mountain, Costa Coffee by Coke and SodaStream by PepsiCo have all signaled a more aggressive approach to portfolio transformation. Meanwhile

Lemon Lemon and Izze Fusions, launched in early 2017 as part of PepsiCo’s “Next Gen” CSD push, have been mostly phased out of the U.S. market. Both sodas were formulated with a stevia/sugar blend and less than 70-calories per 12-oz can. Lemon Lemon, a sparkling lemonade, contains 6% lemon juice. Izze Fusions contained 5% juice. Lemon Lemon reached almost 435,000 cases in the U.S. during the second quarter of 2017, according to retail data. While not discontinued, the brand dropped to almost 30,000 cases during the third quarter of this year. However, Lemon Lemon is gaining momentum overseas, according to a source

Pricing Up for Category and Top-3 Soda Companies.

Pricing for the carbonated soft drink category (excluding energy) grew 2% during the first nine months of this year, according to quarterly data tracked by BD. That was an acceleration over the +1.3% gain achieved during the first half of the year (not in table). Coke, PepsiCo and Keurig Dr Pepper all boosted pricing, with Coke outperforming the category (table below). Private label pricing fell