Subscribe Now
Home » Is Tea Time Over? US RTD Tea Category Falters, From Lipton to Honest

Is Tea Time Over? US RTD Tea Category Falters, From Lipton to Honest

Plus, First-Half 2019 Non-Carb Category and Brand Results at Retail

During the first half of this year, ready-to-drink tea sales by volume at US retail declined for all four of the largest producers as the category overall fell -3.3%. Dollar sales declined -1.2% despite higher pricing (table page 4). The volume decline was steeper than the -2.3% decline posted in 2018.

PepsiCo/Lipton. As shown in the Green Sheet, Pure Leaf was the only volume bright spot for PepsiCo’s Lipton tea portfolio at a +2.6% gain. Lipton is part of a PepsiCo JV with Unilever. Volume declined -4.0% for the Lipton portfolio overall, which was steeper than the category decline.

Coke. Honest and Fuze, both owned by Coke, posted declines of -16% and almost -40% respectively. Coke’s only volume gainer was Peace Tea at +1.4%. Coke acquired Peace Tea from Monster Beverages in 2015 as part of an energy/non-energy brand swap. While volume declined slightly for Coca-Cola’s Gold Peak tea, the drop was far less steep than for the tea category overall. Gold Peak also gained share. The brand has been the subject of a push by Coca-Cola and its US bottlers this summer to gain shelf space and visibility, all supported by national television advertising. The results this year represent a deceleration when compared to 2018, when Gold Peak grew volume by +4.8% and added a half-point of market share. 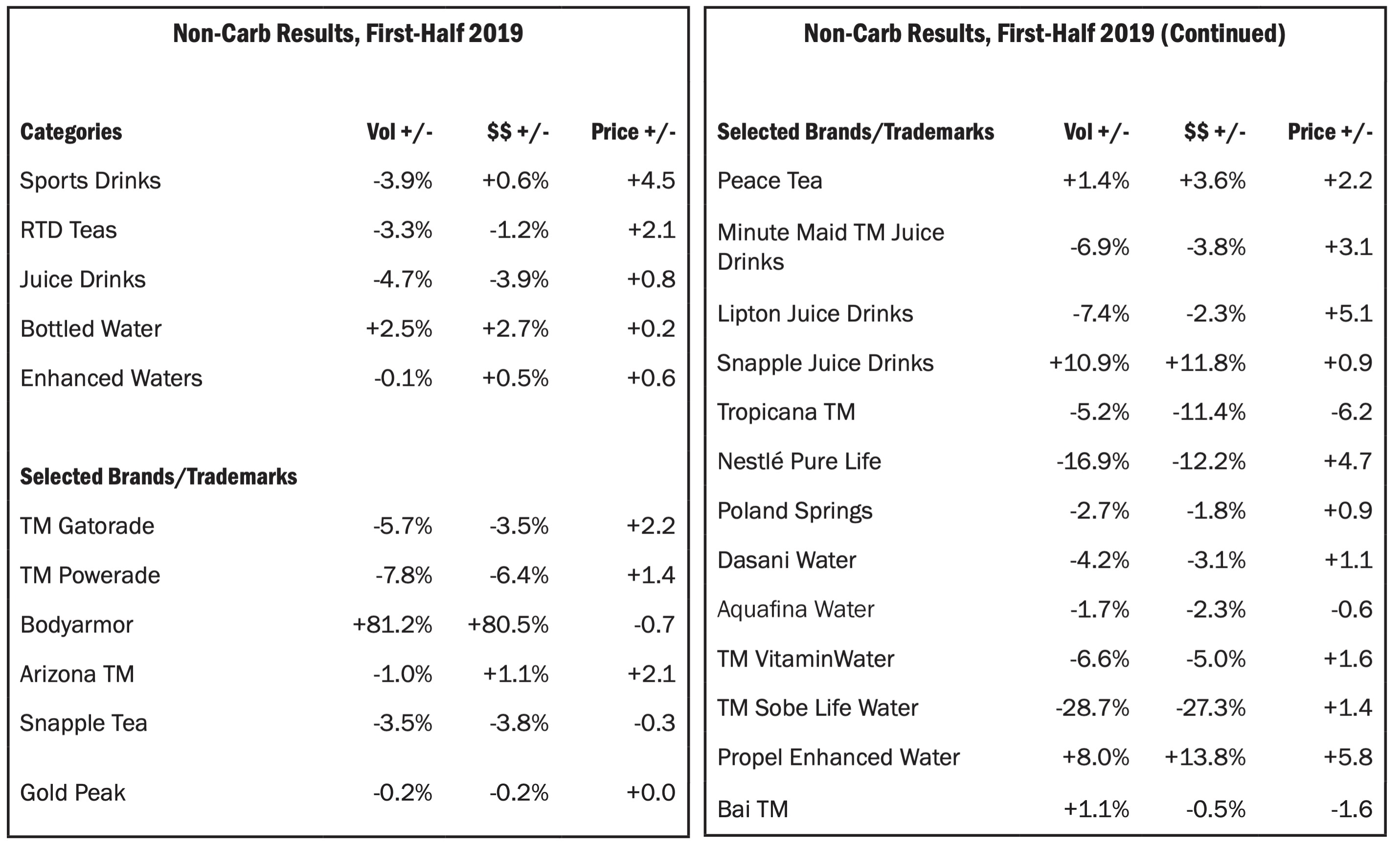 Perspective. Tea was once at the leading edge of the consumer shift to healthier, lower-sugar beverages, offering functional ingredients such as antioxidants. Honest Tea was among the brands that capitalized on that trend. Today, tea has competition from a raft of functional beverages, including cold brew coffees and kombuchas. Many, like antioxidant waters, have lifted attributes that come naturally to tea. Even sparkling waters have offered a no-sugar and refreshing alternative to unsweetened teas without the bitterness that can be a turnoff for some consumers.