Sparkling water category growth decelerated at US retail late last year as pricing moved higher, according to annual data compiled by BD. As shown in the table, the category posted +7.1% dollar growth on volume that rose +1.7% and pricing growth of +5.4%. During the first three quarters of 2021, dollar sales grew +9.5% on volume that rose +4.7% (not in table) and pricing that grew +4.8%. Market volume leader LaCroix underperformed the category, posting dollar growth of +2.9%, driven mostly by +2.0% higher pricing. The portfolio of Nestle brands, most of which were sold to BlueTriton in early 2021, posted a steep volume decline offset by pricing gains. Regional brands including Poland Spring and Arrowhead posted double digit dollar and volume declines. 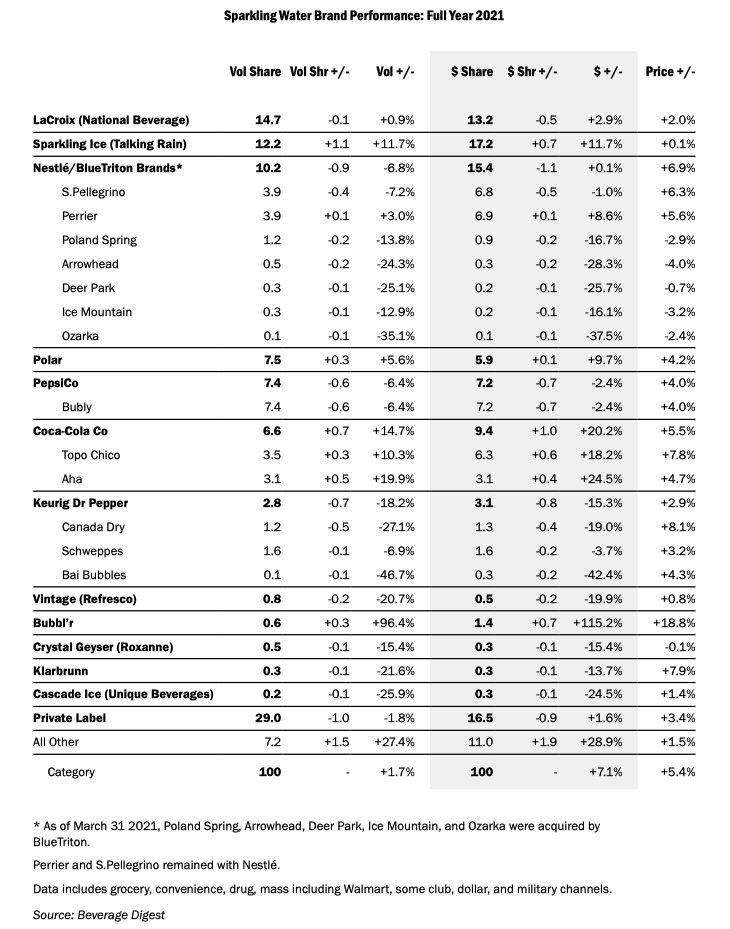 FACEOFF. Polar, now distributed in most of the country by Keurig Dr Pepper, moved past PepsiCo’s Bubly on a volume share basis after reaching a 7.5 share. Bubly was larger by dollars, with a 7.2 share compared to Bubly’s 5.9 share. Bubly lost dollar and volume market share and underperformed the category. Polar outperformed the category. Both brands grew pricing in the +4.0% range. Meanwhile, Coca-Cola challenger AHA reached a 3.1 share last year after posting double-digit percentage dollar and volume sales gains. The brand posted +4.7% pricing growth and picked up about half a share point. 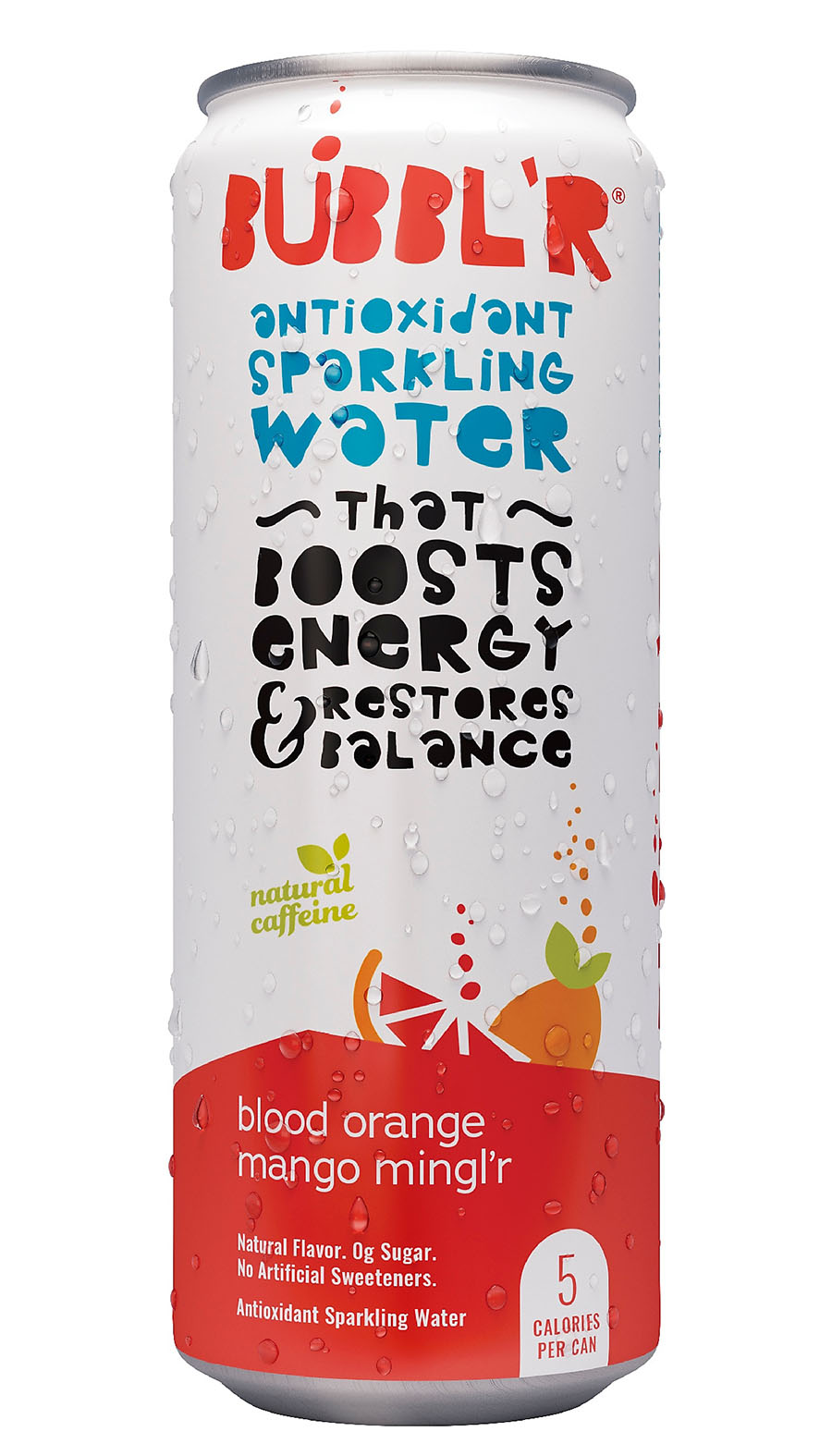 BUBBL’R EXPANSION. In 2017, Wis-Pak, a Wisconsin-based
bottling co-op of 37 owners representing 65 Pepsi-Cola franchises, launched a naturally caffeinated and sweetened flavored sparkling water with antioxidants called Bubbl’r. The drink is sweetened with stevia and erythritol and contains 5 calories. Last year, the brand reached a 1.4 dollar share after growing +115, even though the drink’s distribution is heavily concentrated in the Midwest. Wis-Pak’s shareholders distribute the brand, along with the Central Division of PepsiCo Beverages North America. The division, which stretches from Wisconsin south to Texas, picked up Bubbl’r in 2020, according to Wis-Pak Marketing Director Tyler Hartmann. In the southeast, Buffalo Rock also distributes Bubbl’r. Talks are underway to add distribution with Pepsi bottlers Gross & Jarson and Admiral Beverage, Hartmann said, adding, “We want to be nationally relevant, and continue to grow in the US.” The brand is particularly strong in convenience, where sparkling waters generally underperform, Hartmann said.