Coca-Cola to Combine Powerade Under BodyArmor Management in NY

As BD reported in an exclusive email news alert on Aug. 8, Coca-Cola will bring its Powerade sports drink brand in North America under the strategic direction of BodyArmor Sports Nutrition’s management team based in Whitestone, NY. Coca-Cola fully acquired BodyArmor in November for $5.6 billion. Consolidating the management of Powerade and BodyArmor will coincide with a relaunch of Powerade early next year to include a new formulation, visual identity, and market position, BodyArmor CEO Federico Muyshondt told BD in an interview. BodyArmor operates under what Coca-Cola calls a “separate but connected” model, giving BodyArmor a level of operational autonomy within Coke’s North America Operating Unit. Powerade will be shifted into the BodyArmor division. “We’re going to bring an excitement to the Powerade brand that we haven’t seen in a while,” Muyshondt said of the combination. “You’re going to have a team of 400-plus people at BodyArmor that are going to wake up every morning and go to bed every night thinking about how to drive growth for two brands. That’s been the magic behind BodyArmor, and we can drive some of that magic into Powerade as well.”

TRANSITION. Powerade’s transition into BodyArmor’s operation will begin during coming weeks, with the BodyArmor team assuming full responsibility for Powerade on Jan. 1, 2023. All marketing and branding work for BodyArmor and Powerade will be handled by the combined management team. “We’re going to manage it as our own, independent from our parent company,” Muyshondt said. There will be no change to how Powerade is ordered and delivered, including by bottlers, he said. 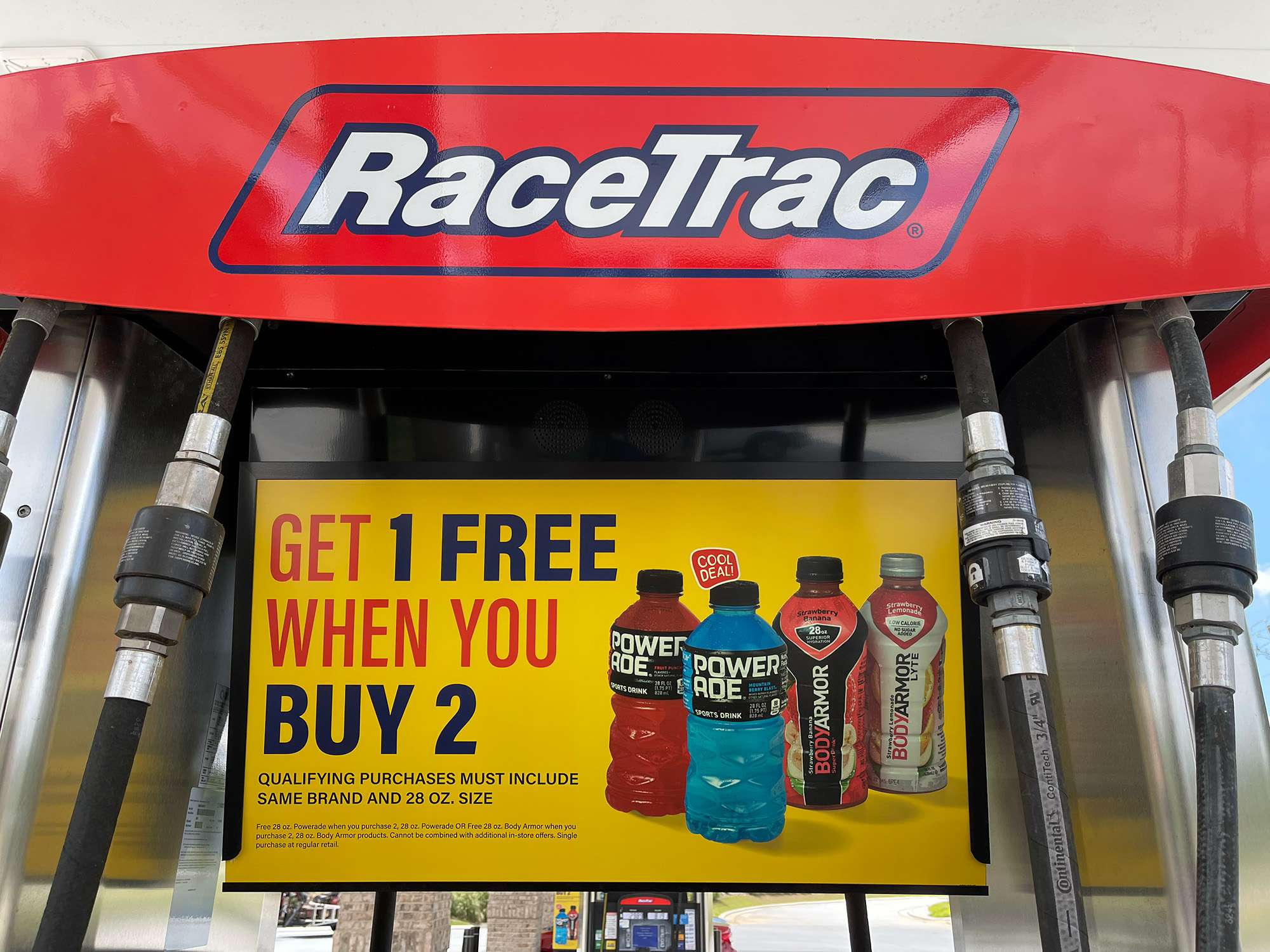 PERSPECTIVE. This isn’t the first time Coke has looked to tap into the mojo of a recent brand acquisition to rejuvenate Powerade. In 2007, Coca-Cola shifted Powerade’s marketing and brand management to Vitaminwater maker Glaceau, which Coke had just acquired for $4.1 billion. Besides creating an opportunity for efficiency, combining BodyArmor and Powerade may give the brands more leverage with retailers when it comes to shelf space, incremental displays, and promotional strategies.

RELAUNCH. Powerade’s overhaul will include a new brand “personality,” marketing campaign, and formula “upgrade,” Muyshondt said. “From a functional standpoint, it’ll be superior to the competition,” he added. “You’re going to see a very different Powerade in North America.” The Powerade relaunch will debut in the leadup to the 2023 March Madness NCAA Men’s Basketball tournament, Muyshondt said. “We’re going to move from this underdog position that Powerade has been in for quite some time,” he said. “Powerade needs to go back to being this bold, brash challenger brand that goes toe-to-toe with Gatorade.” Powerade has plans for more product innovation as well. “Further down the line, there is this speed of hydration space in rapid replenishment that I think Powerade can play a role in,” Muyshondt said, declining to provide details yet. “That rapid hydration tends to also command the higher price point.” (Gatorade launched a rapid hydration product called Gatorlyte last year to compete with fast-growing sports drink challenger Electrolit, which has taken share with a similar product – see more below.)

ACQUIRE AND TRADE UP. Muyshondt said Powerade’s primary role in the portfolio will be to acquire new households. “BodyArmor will be there to trade up consumers into a premium product,” he said. “We see BodyArmor as being very incremental to the category.” While Powerade won’t be marketed as a value brand, the price gap between the generally higher- priced Gatorade and lower-priced Powerade will be kept intact,” Muyshondt said.

CATEGORY. Muyshondt said he believes the $9 billion US sports hydration category at retail will rise to $15 billion within five years. “This is a goldmine in the making,” he said. “BodyArmor coming onto the scene has driven a lot of new energy and new entrants.”

SLOWDOWN. BodyArmor’s sales growth has decelerated since Coca-Cola’s full acquisition. While 2021 growth rates were about +50%, the brand decelerated to the +30% range during the first quarter of this year. Growth slowed to a mid-single-digit percentage range in the second quarter, according to BD data. Asked about the deceleration, Muyshondt said BodyArmor was able to take advantage of product shortages for competitors last year, leaving a high sales bar for 2022. Gatorade has only recently begun to recover from product supply shortages spurred by the pandemic. Still, Gatorade remains the dominant market leader, holding a 70 volume share of the US sports drink market at the end of the second quarter of this year. Powerade’s share was 16 while BodyArmor held a 12 share. Due to BodyArmor’s premium pricing, the brand’s dollar share exceeded that of Powerade.

COMPETITION. While the sports drink market spent years as a two-horse race between Gatorade and Powerade, the success of BodyArmor has ignited a wave of new entrants looking to chip away at Gatorade’s market strength. Electrolit, a brand lifted from Latin America to the US by owner Grupo Pisa, has taken market share by pitching the kind of rapid hydration found in medicinal brands like Abbot Laboratories’ Pedialyte rehydration drink. Gatorade has since entered the segment, which is popular with Hispanic athletes, with a Gatorlyte product launched last year. BioSteel, owned by Canadian cannabis company Canopy Growth, has pushed its way into the US using the National Hockey League as a springboard. In recent weeks, the NHL announced BioSteel would become the professional league’s official hydration beverage after the slot was vacated by Gatorade. Plenty of other startup challengers by athletes and celebrities have launched brands as well. Gatorade has pushed back by hiring former NFL football player and Nike marketer Kalen Thornton as CMO to refocus the brand and recruit the next generation of athletes.