Coca-Cola.  The company posted volume gains in a number of major markets in 2018, including Mexico, Brazil and China. The company’s West Africa and South Latin business units turned in declines. India & Southwest Asia leaped nine points compared to 2017, while Latin Center reversed its performance from a -10% decline. Volume sales in Germany bounced from mid-single-digit losses to double-digit gains.

PepsiCo. PepsiCo scored gains in Latin America last year, with Colombia, Brazil, and Guatemala all improving. While volume sales generally increased across Asia, sales in the Philippines reversed from low-single-digit gains in 2017 to double-digit losses last year. Sales in North America and the U.K. declined, while PepsiCo posted increases in Russia and India after a 2017 decline.

Data. BD culls global volume performance for Coca-Cola and PepsiCo from quarterly regulatory filings. The companies disclose volume growth rates for selected markets, and the markets depicted can vary from quarter to quarter. The table below includes all markets disclosed in the most recent year-end filings. The companies often express changes without providing specific percentages. In some cases, Coca-Cola combines multiple regions when reporting volume breakouts. For the purposes of the table below, PepsiCo’s results do not include snacks. The data for both companies include carbonated and non-carbonated drinks. 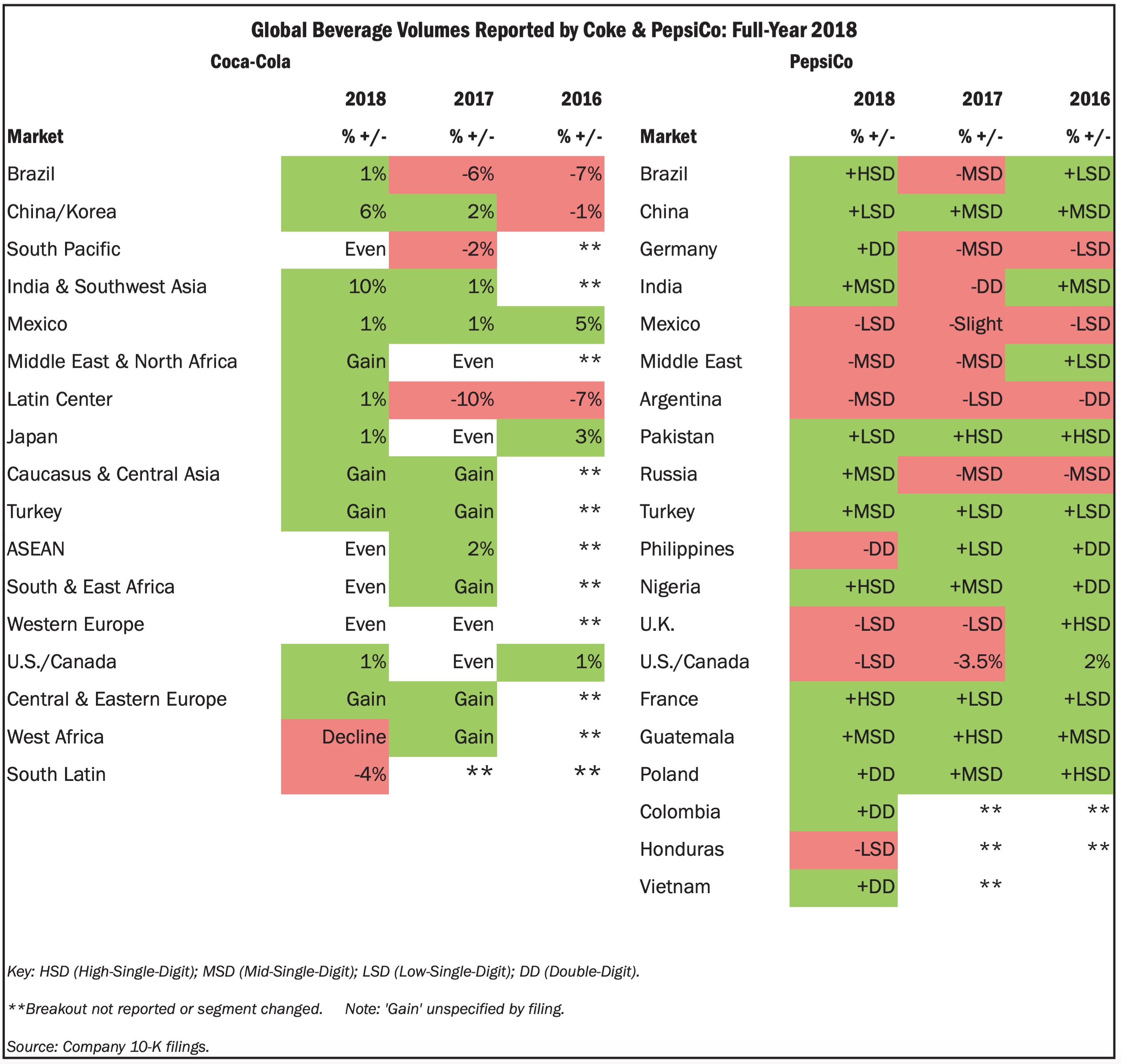