The first quarter of this year brought accelerated volume gains compared to 2018 in the key markets of Brazil and China for both Coca-Cola and PepsiCo, the companies reported. Southeast Asia markets reported by the companies also grew during the quarter, at a double-digit pace. Meanwhile, the North America market showed volume declines as the beverage companies focus on revenue management.

Data. BD culls global volume performance for Coca-Cola and PepsiCo from quarterly regulatory filings. The companies disclose volume growth rates for selected markets, and the markets depicted can vary from quarter to quarter. The table below includes all markets disclosed in the most recent first-quarter filings. The companies often express changes without providing specific percentages. In some cases, Coca-Cola combines multiple regions when reporting volume breakouts. PepsiCo’s results depicted in the table do not include snacks. The data for both companies include carbonated and non-carbonated drinks.

Coca-Cola. The company showed improvement compared to 2018 in its Middle East & North Africa Units, as well as in West Africa. Europe and the India & Southwest Asia business units also were bright spots. Volume deteriorated in the Americas, highlighted by volume declines in the Mexico, South Latin, and Latin Center business units. 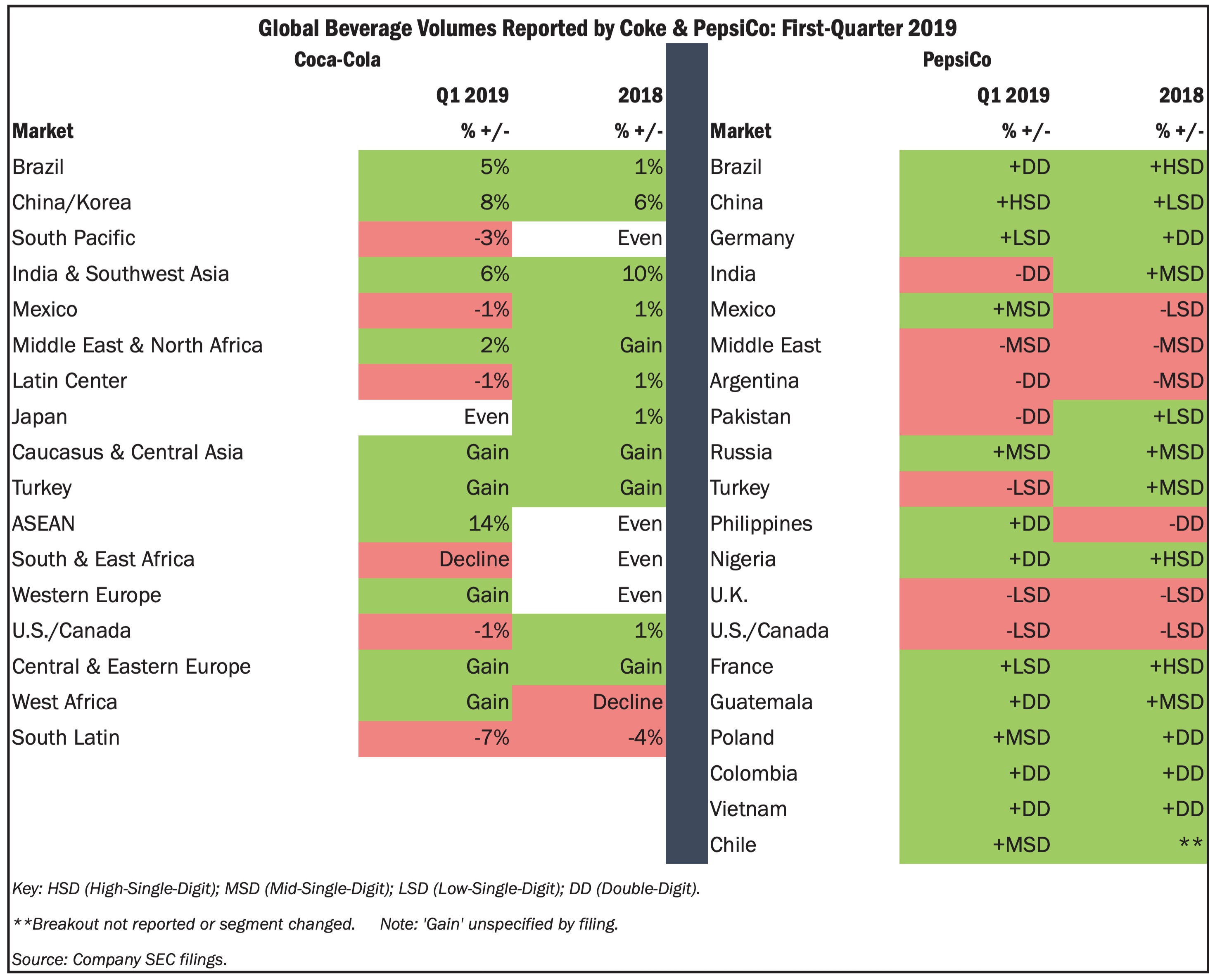