Beverage company share prices tracked by BD were generally weak in 2018 thanks to sluggish U.S. markets and a December decline that saw the Dow Jones Industrial Average shed almost 2500 points. The market has since regained some of those losses. Bright spots for 2018 were Keurig Dr Pepper, Starbucks and the U.S.-traded shares of Coca-Cola European Partners. Another gainer, Coca-Cola, was the only one of Berkshire Hathaway’s 10 largest holdings that posted an increase during the fourth quarter, according to the Wall Street Journal. Berkshire Hathaway, led by Warren Buffett, is Coke’s largest shareholder. Keurig Dr Pepper has gained more than +15% since trading began July 10 following the combination of Keurig Green Mountain and Dr Pepper Snapple. Meanwhile, PepsiCo declined, as did National Beverage, the maker of LaCroix. National Beverage shares had grown almost +20% through the first three quarters of this year. Reports of sudden October measured sales declines sent shares down (BD Email Alert 11/13/18; BD 11/30/18). The stock is now down -26% and refuses to rebound as it has in the past following sudden declines. Monster Beverage’s decelerating energy drink sales growth and increased competition has damped its share performance, as well. Investors also were concerned about arbitration with distributor and minority-owner Coca-Cola over a Coke-branded energy drink planned overseas.

Retailers.  Ecommerce innovator Amazon posted strong gains for the year. Dollar General also fared well amid strong sales growth despite record unemployment, which would typically lessen consumer dependence on discount goods. Target, which posted a +35% share price gain through the first three quarters of last year, closed 2018 up +1.3% after margins compressed due to increased investments in technology and other transformation initiatives. Kroger was little changed for the year as it works to turn around sluggish sales in the midst of the e-commerce revolution and stiffer competition from specialty grocers. Walmart declined after decelerating e-commerce growth worried investors. Shares of natural foods distributor UNFI fell sharply last year amid the company’s acquisition of grocery retailer SuperValu, which closed in October amid questions about the sale price, integration and synergy targets. 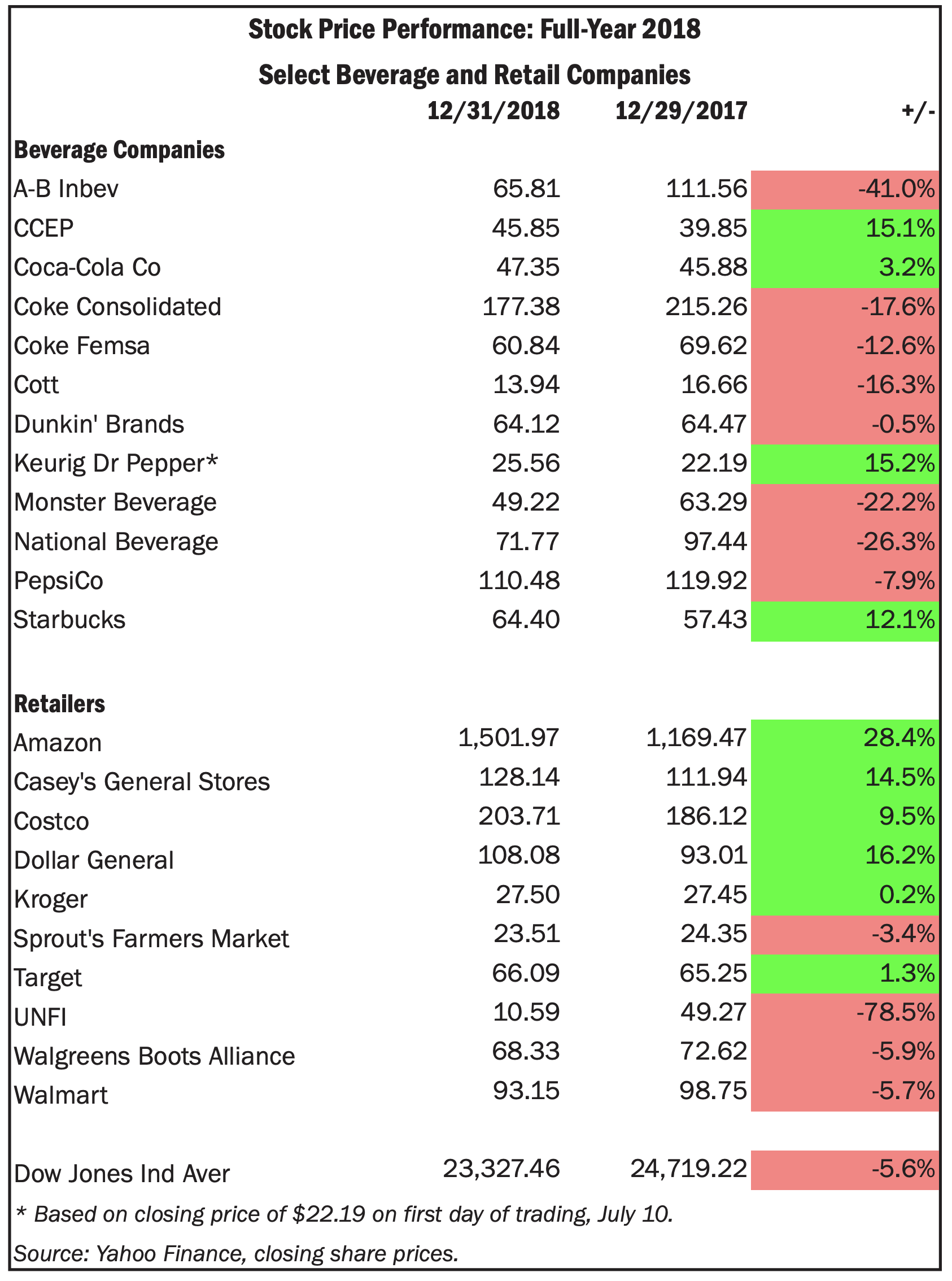