Some of Coca-Cola’s most iconic non-alcoholic brands are crossing over to the alcohol shelf. The latest is Simply juices under new agreement with Molson Coors Brewing to develop a line of Simply Spiked Lemonades to launch this summer. The “full-flavor” alcohol beverage announced today will be sold in a 12-count variety pack of 12-oz slim cans, as well as 24-oz single cans. Flavors include Signature Lemonade, Strawberry Lemonade, Watermelon Lemonade, and Blueberry Lemonade. Molson Coors will produce, distribute, and market the product under the agreement with Coke, which expands a similar year-old arrangement for Topo Chico Hard Seltzer. The partnership continues a trend by non-alcoholic beverage companies, including PepsiCo, to hunt for new revenue streams and potential distribution scale by tapping the alcoholic drinks market. 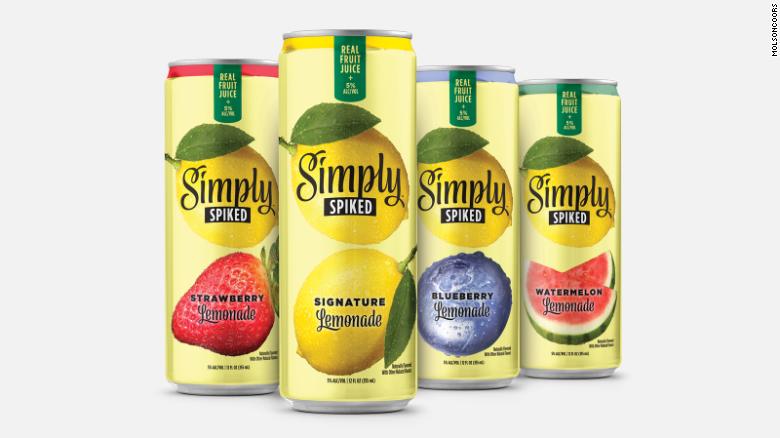 CONSTELLATION BRANDS DEAL = FRESCA + SPIRITS. Today’s Simply juice announcement follows an agreement earlier this month between Coke and Constellation Brands, which will launch a Fresca-branded canned alcoholic cocktail in the US this year. Called Fresca Mixed, the ready-to-drink beverage will be spirit based, according to a Coke spokesperson. BD reported the news originally in a Jan. 6 email news alert. Coca-Cola will sell Fresca beverage base to Constellation, which will produce and market Fresca Mixed. Constellation will distribute Fresca Mixed through its licensed 3-tier beer distribution networks. The goal is to reach national distribution. Constellation’s alcohol portfolio includes Corona and Modelo beers, Robert Mondavi wines, and Svedka vodkas. Adult alternative beverages, including ready-to-drink cocktails, are said to generate $8 billion in retail sales annually and could grow by at least +15% on average annually through 2024, according to an estimate. In a statement to BD, Dan White, chief of new revenue streams for Coca-Cola’s North America Operating Unit, said the Constellation relationship “is ideal due to their consumer-focused approach to brand building, expansive distribution network, and distilled distribution expertise.”

ESTABLISHED BRANDS. Fresca is Coke’s fastest growing carbonated soft drink trademark in the U.S. The product is led by a flagship grapefruit flavored version that contains no caffeine. Fresca Mixed will mark the first extension into alcohol for the Fresca brand globally. Simply, meanwhile, is Coke’s second-largest US brand by net revenue after classic Coca-Cola.

BLURRED LINES. In its first year, Topo Chico Hard Seltzer has since reached national availability and was extended earlier this month to a Ranch Water flavor variant. Late last year, PepsiCo announced the creation of a Blue Cloud U.S. beer distribution arm (to include Pepsi bottlers). The unit will distribute a new alcoholic Hard Mountain Dew product this year to be produced by Boston Beer. In addition, PepsiCo has said it is likely to distribute other alcoholic beverage brands through Blue Cloud.