Keurig Dr Pepper and BodyArmor have settled a 2019 lawsuit in which KDP claimed BodyArmor wrongfully terminated a 10-year distribution agreement to move to the Coca-Cola system. KDP and Coca-Cola, which acquired BodyArmor last year, confirmed the settlement in Delaware Superior Court, which was entered into a public docket on Jan. 18. The terms are confidential, a KDP spokeswoman said. KDP and Coca-Cola each declined further comment. In a summary judgement opinion made public on Dec. 22, a judge ruled that then BodyArmor owner BA Sports Nutrition did not have a right to terminate with cause a 2015 distribution agreement with Dr Pepper Snapple and its corporate entity American Bottling Company. The termination followed the 2018 merger of Dr Pepper Snapple and Keurig Green Mountain to form KDP. “ABC is entitled to summary judgement that BodyArmor breached the distribution agreement,” the Delaware judge ruled, agreeing with ABC’s argument that the merger did not constitute a change in control under the agreement. In its lawsuit, ABC claimed that BodyArmor’s termination cost ABC and its owners, including JAB Holding, “hundreds of millions of dollars.” In the December ruling, the judge said the question of damages would need to be decided at trial. The settlement followed that ruling.

While BD will publish 2021 all-channel carbonated soft drink results in the Spring, results are in for measured retail outlets (does not include fountain and other unmeasured outlets). CSD volume in 2021 declined -1% as dollar sales jumped +7.8% on higher pricing, according to Nielsen data cited by Goldman Sachs in a Jan. 11 report. The 52-week period ended on Jan. 1, 2022. Among the three primary CSD companies, Keurig Dr Pepper outperformed the category with volume growth of +1.7% and dollar growth of +9.6%. PepsiCo posted CSD volume growth of +0.1% and dollar growth of +8.3%. Coca-Cola’s CSD volume was down -1.4% while dollars grew +7.4%. Separately, the energy drink category posted volume and dollar growth of +11.8% and +15.4% respectively. Sports drinks volume grew +5.1% while dollars jumped +17.6%. Bottled water grew volume by +6.1% and dollars by +12.5%. 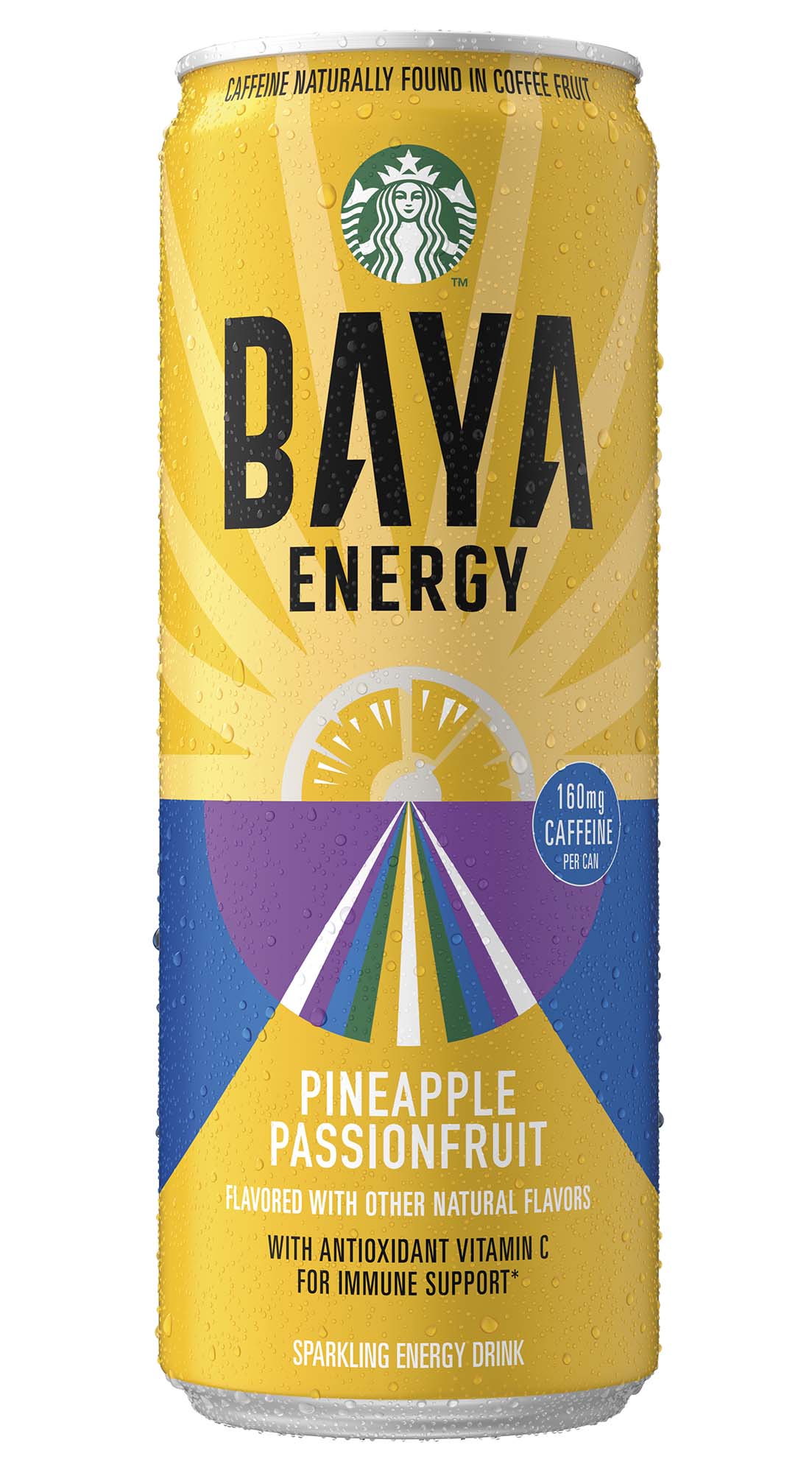 As previously reported, the ready-to-drink coffee joint venture between Starbucks and PepsiCo has branched out into the energy drink category with a product called Baya. The innovation now is available nationwide. The carbonated beverage is caffeinated with coffee fruit. Sweetened with can sugar, the drink contains 90 calories, 23g of total sugar, and between 10% and 12 juice per 12-oz can. Three flavors at launch are mango guava, raspberry lime, and pineapple passionfruit. The drink will retail for $2.89 and be merchandised on the energy drink shelf across retail channels, including grocery, convenience, mass, drug, and club. Separately, the coffee joint venture is launching a 2.12-liter “Starbucks Coffee on Tap” multi-serve box with a spigot for the refrigerator. The box is launching with the joint venture’s Cold & Crafted cold brew product. 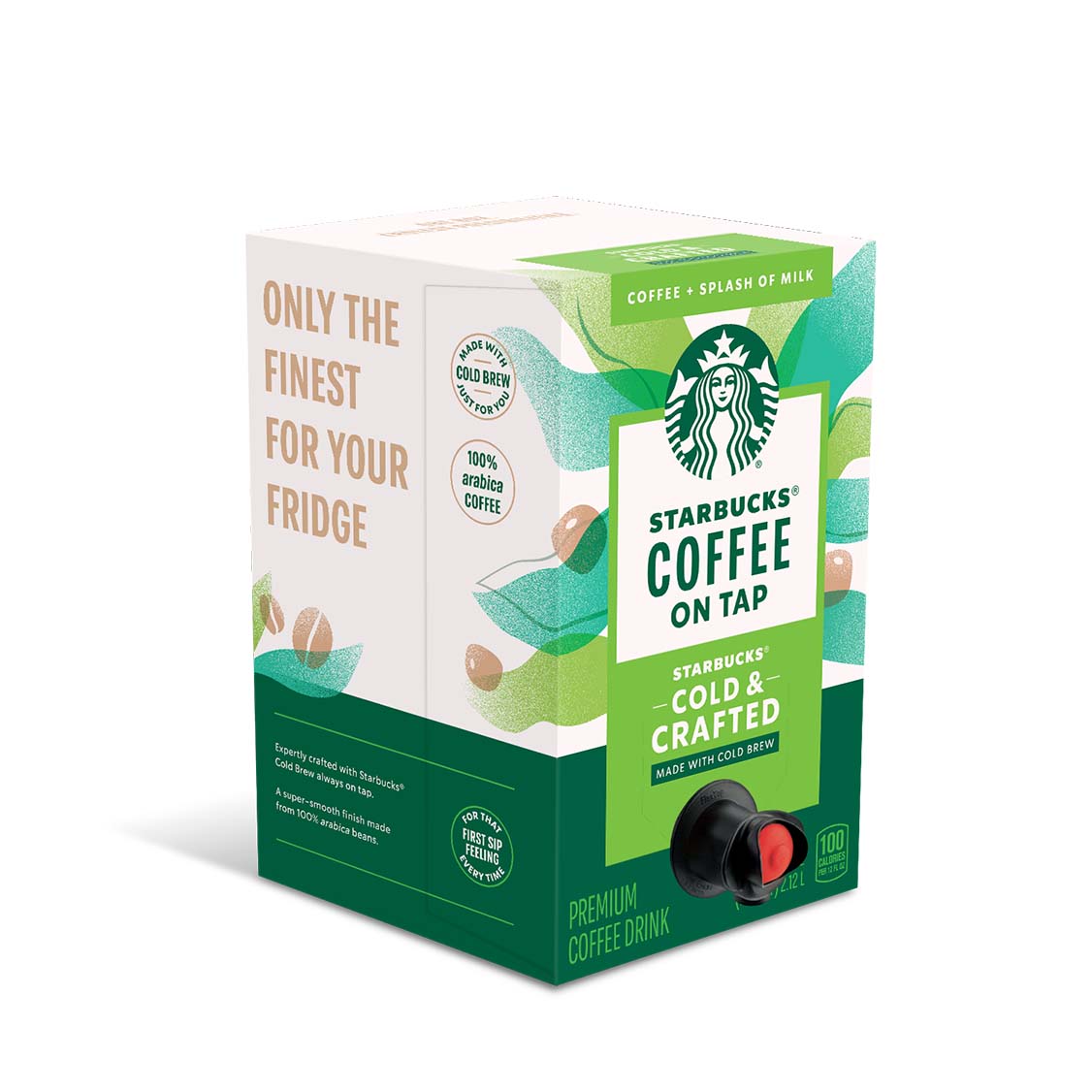 In a Jan. 10 report, analysts at Consumer Edge Research said they expect US carbonated soft drink pricing to remain elevated, bucking previous pricing trends. List pricing is up +13% since pre-Covid 2019, they wrote.

As costs to beverage manufacturers soared in recent months and carbonated soft drink companies raised pricing to relieve the margin pressure, energy drink leaders Monster Beverage and Red Bull engaged in a bit of a staring contest, with neither announcing price increases. Monster has now blinked. During a Jan. 13 virtual investor meeting, Co-CEOs Rodney Sacks and Hilton Schlosberg indicated that Monster has increased pricing by at least +3.0%, saying the results will begin to become apparent in scanner data for January. The increase is a combination of list price and lower promotional activity. In April, Monster will increase the price on 24-oz cans, the executive said. So far, Red Bull appears to have held out on making a similar move. Whether the increases are enough to offset pressure from higher transportation, labor, and material costs remained unclear. Sacks and Schlosberg said they expect supply chain bottlenecks to begin to ease soon. While the executives said they secured additional aluminum supply for 2022 in the US, the company remains constrained when it comes to co-packing capacity.

In a December survey by NACS, two-thirds of convenience retailers reported higher in-store sales in 2021 compared to 2020. Another 16% said sales declined. Two-thirds of convenience store suppliers also reported higher sales, according to the quarterly “Pulse” survey. A decline was reported by 9.0% of supplier respondents. Three-fourths of suppliers said they expect higher c-store channel sales in 2022 and 71% intend to invest more in the channel, according to NACS.

In a separate quarterly survey by Goldman Sachs Analyst Bonnie Herzog, convenience retailers reported +8.0% growth in beverages in the fourth quarter. That represented a sequential deceleration from +10% in the third quarter, according to the survey. Traffic grew +7.0% in Q4, up from flat in Q3, which Herzog said was encouraging. For 2022, respondents forecast +7.0% beverage sales growth. The retailers said they have seen less innovation for 2022 due to supply challenges faced by manufacturers, according to the report.

Meanwhile, Coca-Cola has decided for the second year in a row not to advertise during the Super Bowl. “We remain focused on bringing moments of Real Magic to life for our fans nationwide including a significant activation with Coke Zero Sugar for NCAA March Madness as well as experiences with NASCAR, among others,” the company said in an emailed statement to BD.

In an open letter, Coca-Cola, PepsiCo, Unilever, and Nestle are among 70 businesses that have asked the United Nations to create a legally binding global treaty to reduce plastic pollution and set targets for cutting back the use of virgin plastic.

The New Orleans City Council has approved an ordinance requiring children’s meals at restaurants to include water, milk, or juice, rather than soft drinks or other beverages. The law takes effect on Jan. 1, 2023.

According to unconfirmed industry reports, PepsiCo is set to take delivery of its first 15 Tesla electric semi freight trucks this month. Tesla Semi Megachargers have reportedly been installed at a Frito-Lay plant in Modesto, California, according to Kilowatt Media.

Coca-Cola debuted a new look last week for the brand’s flavor lineup. The redesign covers all Coca-Cola and Coke Zero Sugar flavors and variants, including Coca-Cola Cherry, Coca-Cola Vanilla, Coca-Cola Cherry Vanilla (examples pictured below). At the same time, the company announced a new Mocha variant of Coca-Cola with Coffee.

Zico coconut water has signed an endorsement deal with Indiana Pacer NBA star Chris Duarte. This is Zico’s first athlete partnership since founder Mark Rampolla bought the 100% coconut water brand back from Coca-Cola and relaunched it last year. The brand has since won its way back into more than 3,800 points of distribution, according to the company.

Celsius has signed an endorsement partnership with Olympic snowboarder Shaun White as he prepares for the Beijing Games next month in what may be his last Olympic appearance.

Elegance Brands has renamed itself Sway Energy after its key non-alcoholic brand. The startup also sells a ready-to-drink vodka cocktail called Voco. The company is run in part by Chief Commercial Officer Sam Wilson, who spent years at Red Bull and then Bang before joining Sway Energy in late 2020.

Danone North America launched a product called Silk Nextmilk, a plant-based dairy alternative designed to mirror the taste and texture of dairy milk. The drink -- made with a blend of oatmilk, coconutmilk, and soy protein -- has 30% fewer calories per serving than traditional dairy milk, according to Danone.

Evian has added the brand’s first sparkling water. The variant is packaged in glass bottles in the US and will be launched in hotels and restaurants. In UK, the product is being debuted in aluminum cans.

Joining the party Arby’s started in November, PepsiCo’s Lay’s teamed up with an Oregon-based distiller to launch a Lay’s Potato Vodka for sale in a limited offer that sold out.