Stocks for the top-3 US soft drink makers outperformed the S&P 500 Index during the first quarter of this year as investors took some comfort in unprecedented price elasticities that helped blunt higher costs. In addition, concerns of an inflation-driven US recession pushed investors toward more resilient consumer staples. As shown in the table below, Coca-Cola’s and Keurig Dr Pepper’s share price increased during the quarter as the S&P 500 fell -7.7%. PepsiCo declined -3.6%, which was still less than half the rate of decline for the broader market index. Coke, Keurig Dr Pepper and bottler Coca-Cola Femsa were the only beverage stocks tracked by BD that posted increases in the quarter.

MONSTER UNCERTAINTY. Concerns over aluminum can-driven supply shortages, gross margin erosion due to higher costs, and increased competition from growing performance energy brands such as Celsius weighed on Monster Beverage shares. The stock fell almost -17% in the first quarter on the uncertainty. Starbucks fell -22% as the chain manages higher costs and shortages of supplies including disposable cups. Meanwhile, Coca-Cola Consolidated declined almost -25% in the quarter, mostly due to a 2021 full-year earnings report in late February that wasn’t as strong as investors anticipated.

BULLISH ON KROGER. Amazon’s wings were clipped slightly in the first quarter on concerns that supply chain constraints and inflation could slow growth. The online retailer’s -2.2% share decline still beat the broader market. Shares of Walmart, which has focused on its ecommerce business in recent years, gained +2.9% as investors saw the grocery chain as a refuge for consumers seeking relief from inflation. Kroger, meanwhile, posted an almost +27% increase in the quarter as consumers continued to cook at home after the worst of the pandemic and the company forecast a better-than-expected 2022. 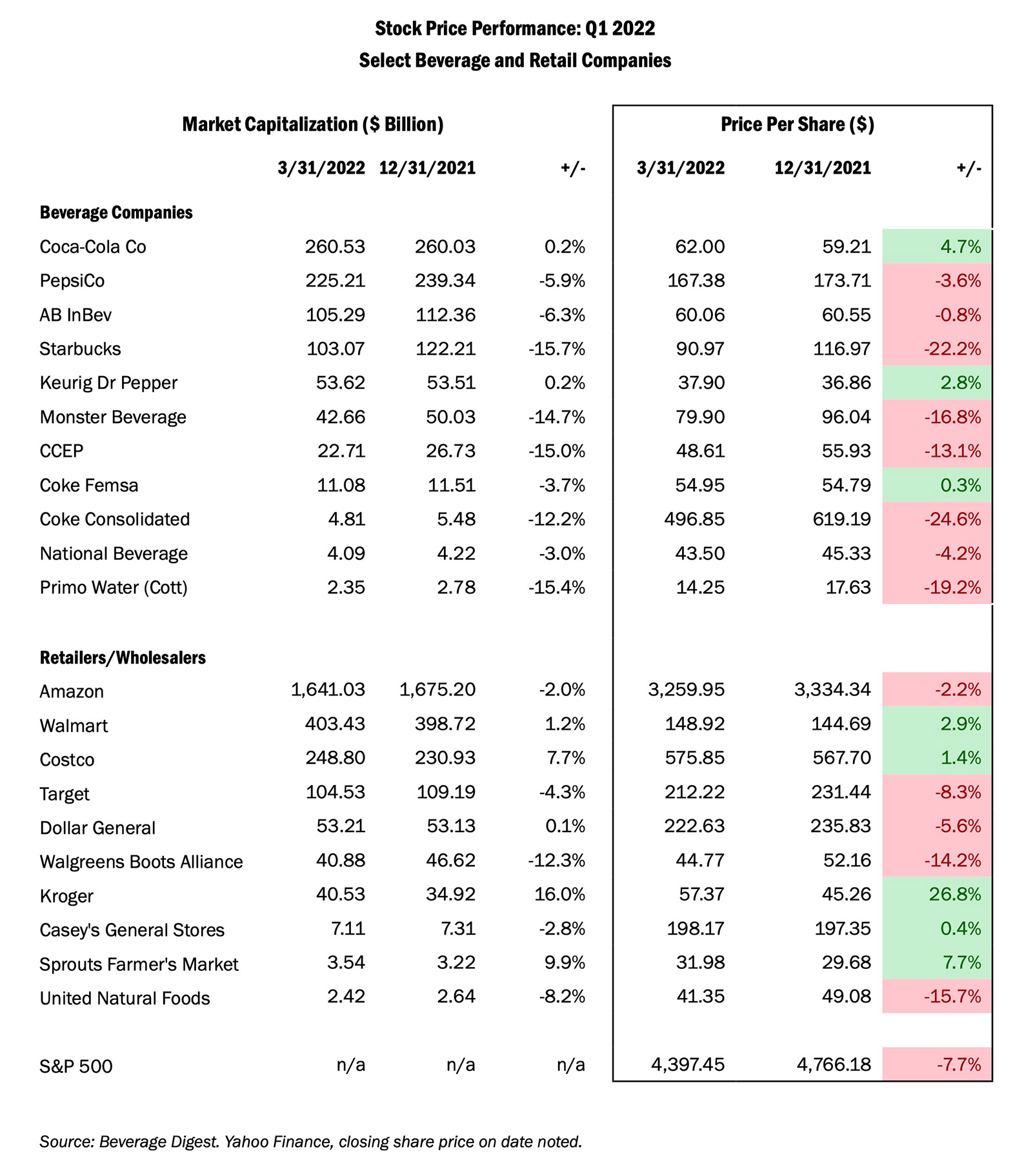