The World Health Organization has released draft guidelines on non-sugar sweeteners such as aspartame, sucralose, acesulfame potassium (ace-K), stevia, and monk fruit. WHO officials recommend that such sweeteners “not be used as a means of achieving weight control or reducing risk of noncommunicable diseases.” The organization deemed this as a “conditional recommendation,” meaning policies based on it “may require substantial debate and involvement of various stakeholders” because the cost-benefit is uncertain based on available science, according to the report. The draft recommendation is now available for public comment, and the outcome could have a bearing on beverage industry efforts to reduce calories consumed from sugary beverages. Low- and no-calorie offerings are critical to industry goals. In response, Calorie Control Council President Robert Rankin, who represents the low- and reduced-calorie food and beverage industry internationally, said he was “disappointed” at the WHO’s draft guideline. “Consumers want options when it comes to sugar reduction,” he said, adding that low- and no-calorie sweeteners “are a proven safe and
effective choice for sugar and calorie reduction,” as well as “a critical tool that, along with exercise and a healthy diet, can help consumers achieve their dietary and weight management goals.” 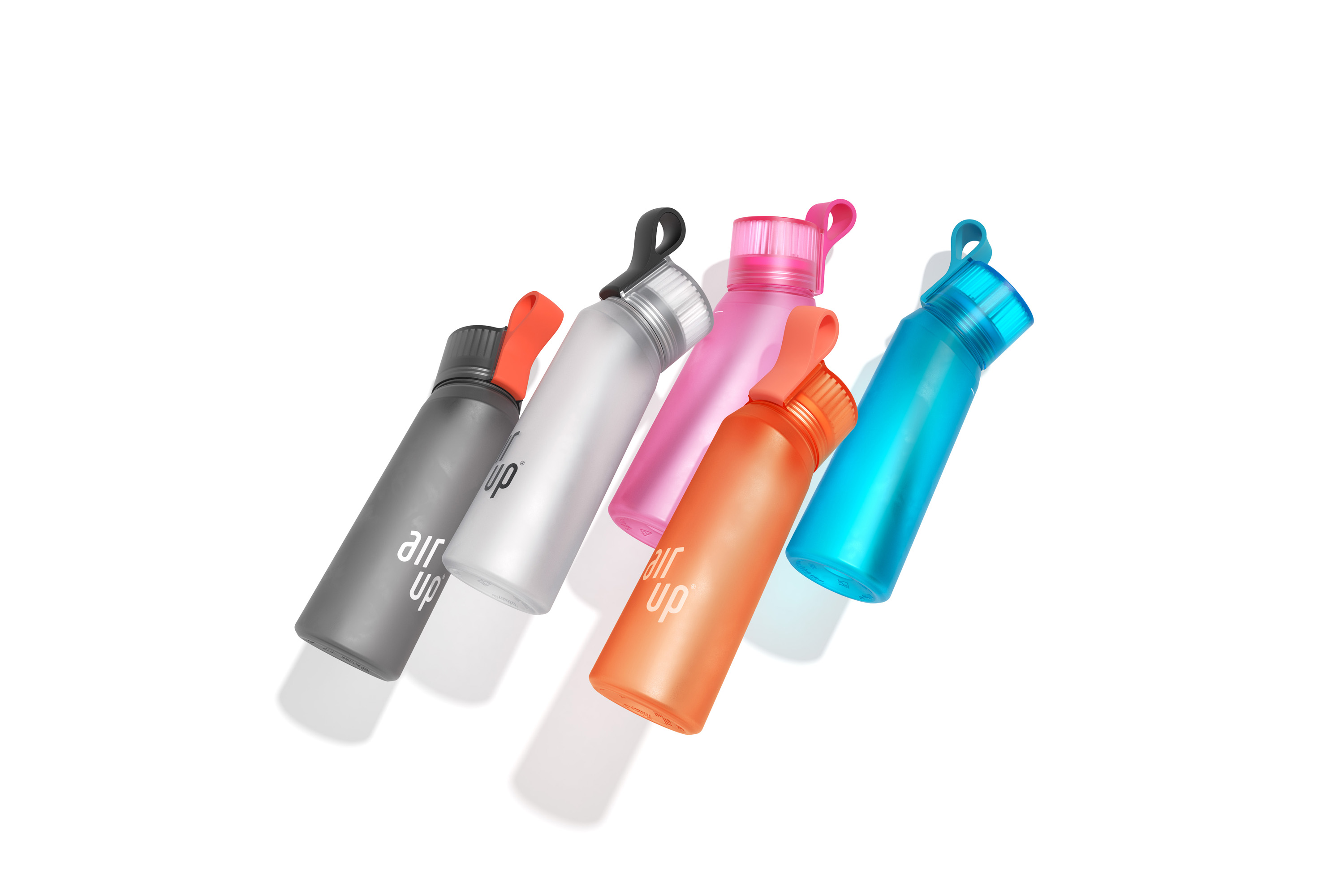 Air Up, a European company that sells water bottles and accompanying scent rings to mimic flavor, has expanded to the US. The company’s investors include PepsiCo, and actor Ashton Kutcher. The company launched in Germany in 2019 and says it has 2 million customers, 300 employees, and operations in eight additional European countries, including France and the UK. “Our one-of-a-kind drinking system transports carefully-crafted ‘flavors’ through the mouth to the olfactory receptors, where your brain perceives the smell as taste,” the company says at its website. “Scientists call this concept ‘retronasal smell,’ which basically means tasting with the nose.” Air Up’s scent rings are loaded onto the cap of an Air Up sport bottle, encircling the pop-up nozzle. The company has raised about $60 million in capital from investors. 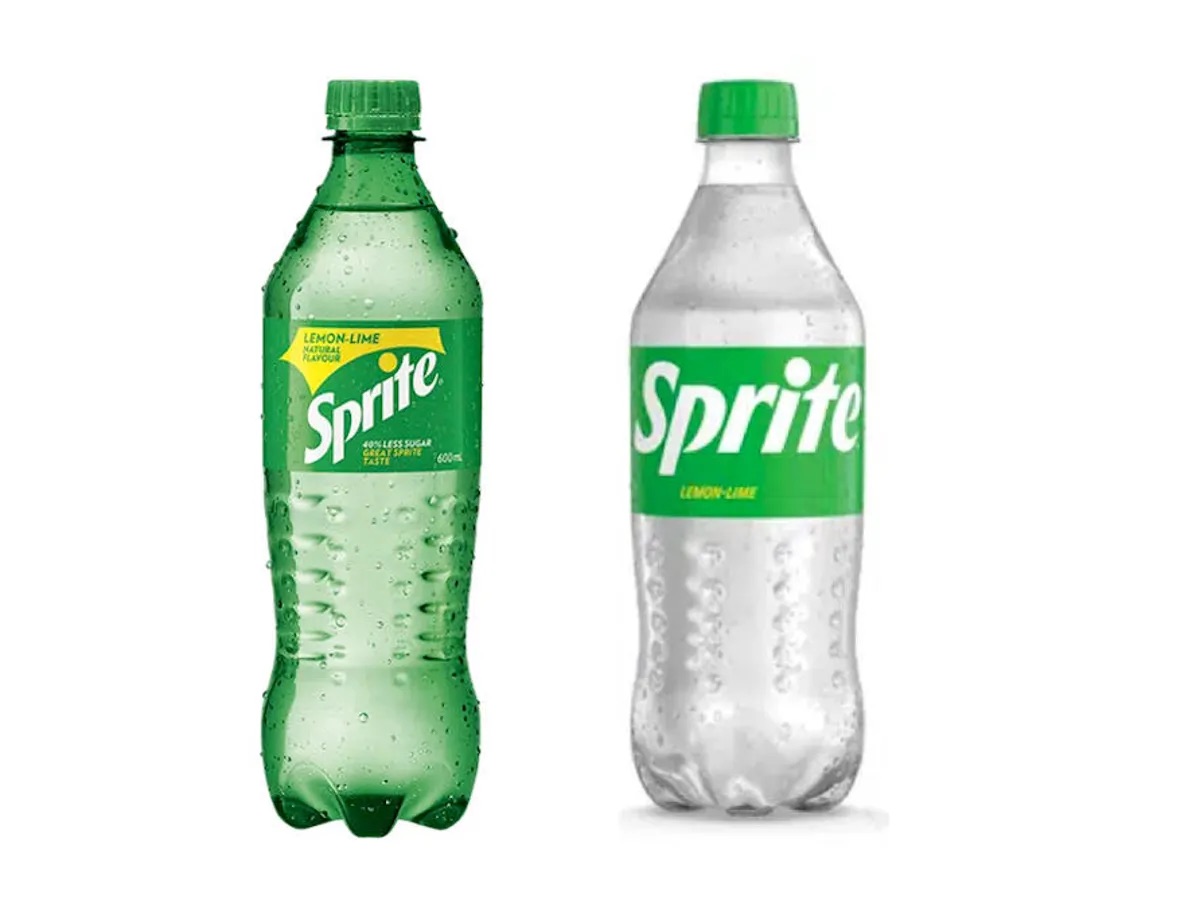 Coca-Cola announced that Dasani will convert most of its water bottles in the US to 100% recycled PET (rPET). All Dasani bottle production in Canada also will be migrated. The caps and labels will not be made of rPET. The brand began testing rPet packaging last year. Starting next month, all Sprite PET packaging in the US will be transitioned from green to clear so it can be recycled into new bottles, therefore increasing rPet supplies, according to Coca-Cola. The new Sprite packaging will include a revamped visual identity for a consistent “look and voice” visually, the company said on its website.

PepsiCo has won a court appeal of a federal trademark infringement ruling in a case brought last year by canned coffee company Rise Brewing. A subsequent lower court ruling prompted PepsiCo to drop the word “Rise” from its Mtn Dew energy drink line. Now, a panel of U.S. Appeals Court judges decided unanimously that the lower court judge erred in ruling that Rise Brewing’s trademark was strong enough to prevail in the case. The judges also said the mark was not similar enough to PepsiCo’s.

Coca-Cola confirmed supply shortages for Topo Chico mineral water in the US, saying, “We are working hard to keep the product on store shelves.” Some media outlets have tied the shortage to drought conditions in Monterrey, Mexico, where Topo Chico is sourced. In an emailed response, Coca-Cola offered the following clarification: “The drought in Mexico is primarily affecting surface water levels, whereas Topo Chico uses water from deep wells.”

Fitness chain SoulCycle will replace packaged water within its 86 indoor cycling studios with Boxed Water is Better, which is packaged in cartons, Boxed Water announced.

Dollar Tree has added a 1-liter version of Alkaline88 to 6,000 stores nationally, according to the Alkaline Water Company.

Energy drink alternative Marquis has been picked up by Erewhon Market in Southern California. The sparkling drink, which contains caffeine from yerbe mate, green coffee, and green tea, represents a raft of plant-based functional drinks looking to take share from traditional energy drinks. Marquis, offered in Super Berry, Citrus Yuzu, Mango Ginger, and Lychee Peach, are sold in 12-oz slim cans for $2.99 each. Each can contains 100-mg of caffeine and zero sugar.

Capri Sun, owned by Kraft Heinz, announced a reformulation of its juice pouches that includes monk fruit sweetener for a 40% sugar reduction. The product reaches shelves this month. 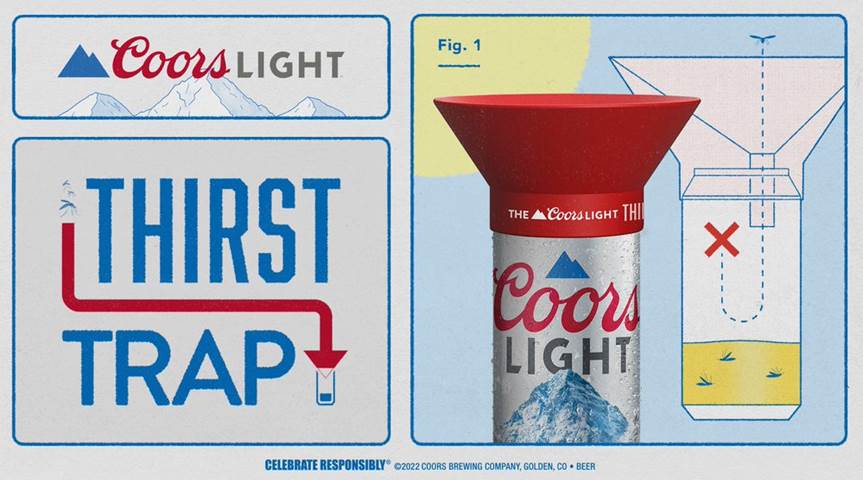 Check the date: This is not April 1, and you are not being punked. Coors Light is selling a mosquito trap online for $5. The funnel device attaches to any Coors Light can. A few gulps of brew left in the can attracts mosquitos inside, instead of to a drinker’s brew-soaked body. The mosquitos are then trapped in the can. Coors Light has even shared some science on the matter.
The product is among a series of quirky and attention-getting (this brief is a case in point) marketing stunts by Coors with offbeat ad agency Mischief.