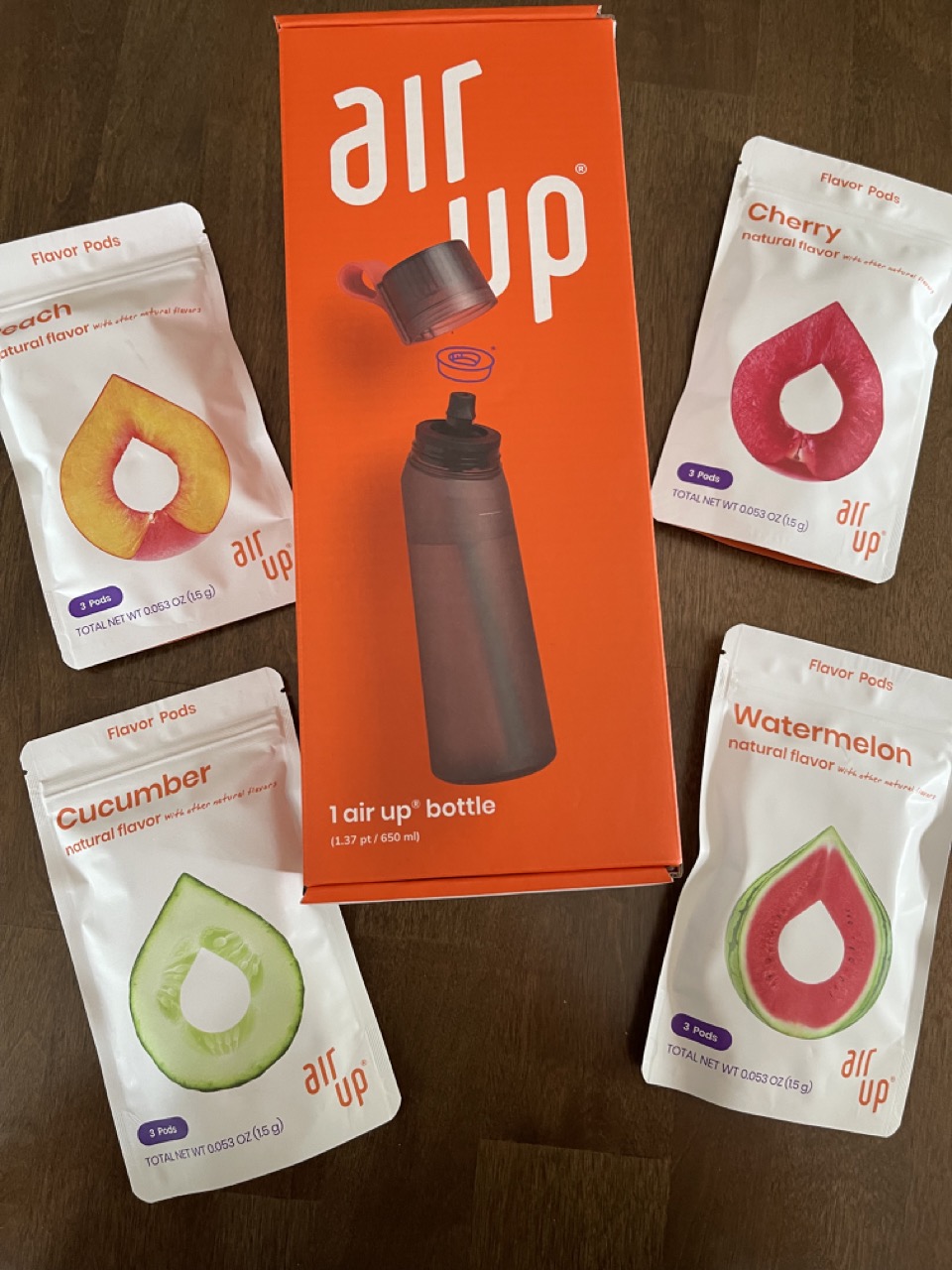 BD recently wrote about the U.S. launch of Air Up, the German maker of a refillable bottle that uses pods to flavor plain water by smell instead of taste. PepsiCo is an investor in the company, which describes its technology, based on a scientific concept called “retronasal smell,” this way: “The flavored air travels from your mouth up to your olfactory center, where it’s perceived as flavor.” From packaging to materials, Air Up embodies an assortment of beverage trends that resonate with Gen Z and Millennial consumers: Healthfulness, design, personalization, technology, and sustainability. To better understand the Air Up offering, BD bought and used the product, which the company refers to as a “lifestyle companion.” Since its start in 2019, the brand has expanded from Germany to eight other European countries, including France and UK. PepsiCo, actor Ashton Kutcher, and other investors have put about $60 million into the company. PepsiCo has experimented with refillable bottles before, launching and later discontinuing a product called Drinkfinity that included a special top to release flavored liquid from a pod into water. Air Up has hired ecommerce company Radial – used by brands such as Costco, Dick’s Sporting Goods, Nautica, and PetSmart – to handle US order management and fulfillment. Like many brands, Air Up uses paid “influencers” on TikTok to seed the product. Here is what we learned from our trial:

PRICE. BD purchased a starter kit for $39.99 that included a charcoal gray bottle and one three-pack of “Flavor Pods,” as the company calls them. We purchased three additional flavors for $7.99 per three-pack. Our flavors were Cherry, Watermelon, Peach, and Cucumber. Orangeade, Basil-Lemon, and Mango-Passion Fruit flavors were available for $9.99 or $12.99. A pod lasts for at least 1.3 gallons of water. Pods are sold in resealable pouches of three. Together, the three pods will flavor the equivalent of about 35 16.9-oz bottles of water (the standard size for case-pack water found at the grocery). At $7.99 for a three-pack of pods, that equates to a cost of about 23 cents a bottle, which is a penny per bottle higher than a 32-pack of Aquafina water purchased online from Walmart in the Atlanta area. The comparison excludes the Air Up vessel. 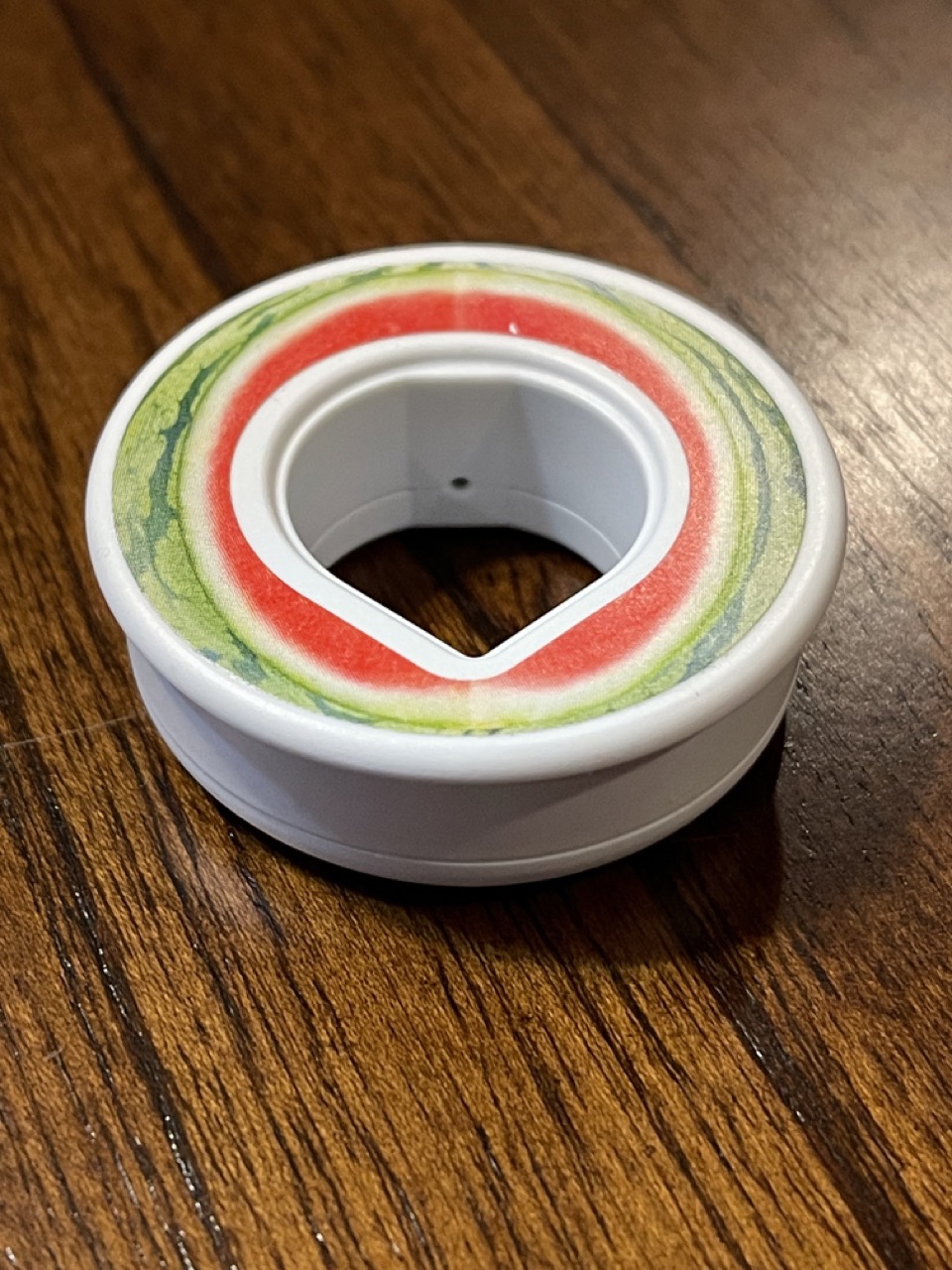 UNBOXING. Opening the orange and white box reveals a tissue-wrapped bottle, a “quick start guide,” and a separate set of detailed instructions (see photo gallery). A product diagram on the box’s inside lid illustrates the bottle’s component parts. The diagram comes with a warning to “read all instructions first before assembling and using the bottle.” A message inside of the box reminds the user that a Flavor Pod is needed “to experience the science and magic behind the Air Up bottle.” The back of the box provides a simple explanation of that science and magic. Meanwhile, the quick start guide inside the box was a welcomed relief after seeing the four-panel instruction pamphlet, which took the user through “unpacking and maintenance” and “how to use” directions. Those more detailed instructions were interspersed with 11 warnings, each flagged by a triangle filled by an exclamation mark. One warned that “the product can break if dropped” (BD wondered whether the product’s roots in the European Union influenced this level of caution). The single-card quick start guide employed drawings to walk a user through the setup. However, the added detail in the pamphlet came in handy when learning how to engage the Flavor Pod.

BOTTLE. The 22-oz capacity bottle is made of Tritan, which is a plastic that is BPA-free, shatter resistant, and less prone to turn dull. It appears durable enough to withstand normal daily use. Air Up suggests washing the bottle by hand only. A silicone mouthpiece includes a nozzle, which is used to suck water from a straw inside the vessel. The silicone mouthpiece has a small gap in the back that allows air into the bottle to equalize pressure (tip the bottle too high upright and you’ll get a face splash). There is a small hole in the nozzle as well, which allows air to be pulled through the pod into the mouth.

FLAVOR POD.  The Flavor Pod is an enclosed plastic donut with two small holes that guide air through the pod and into the mouth by way of the nozzle. When the pod is pressed down, the air, and thus the flavor, is blocked. When the pod is lifted about a quarter-inch, air can pass. The top of the donut includes a sticker signaling the flavor inside. The plastic donut, which we cracked open to look inside, encases a foam strip doused with a scented liquid. Our pods had “best before” dates of June 2023. Inside, each pod is wrapped in a sealed tub. Once a pod is unwrapped for the first time, it will provide “optimal flavor” for about seven days. The resealable pouch can be used to preserve a pod when being swapped with other flavors onto the bottle. The foil-lined pouch is not recyclable, according to the company, which is developing a new pouch with a goal to make all its packaging recyclable.

TASTE.  Drum roll please: the product worked as advertised, plain and simple. The water tasted like it was lightly flavored, much like water that has been infused with fruit. BD tested with both tap water and bottled water. BD also confirms that the flavor indeed came via the nose, rather than the tongue.