PepsiCo-owned SodaStream is evaluating how to expand its March launch of Pepsi syrup mixes beyond California, US General Manager Mark Fenton told BD in an interview. “We’ve been really pleased with it,” Fenton said. “We’re showing up amazingly in retail. The results are great.” Now the company is working on “how to take the learnings we got from California and push that back out across the country,” he said. Besides Pepsi, other brands represented by the syrups at launch included Pepsi Zero Sugar, Diet Pepsi, Sierra Mist Zero Sugar, and Sierra Mist (Mtn Dew is not included). The syrups in California are available at most Walmart stores, all Target stores, and various grocery chains, Fenton said. “Everyone who’s gotten involved has been really pleased with the results,” he said, adding that the expansion of the branded syrup line is an important part of SodaStream’s US development “but it’s about planning it out and getting it right.” 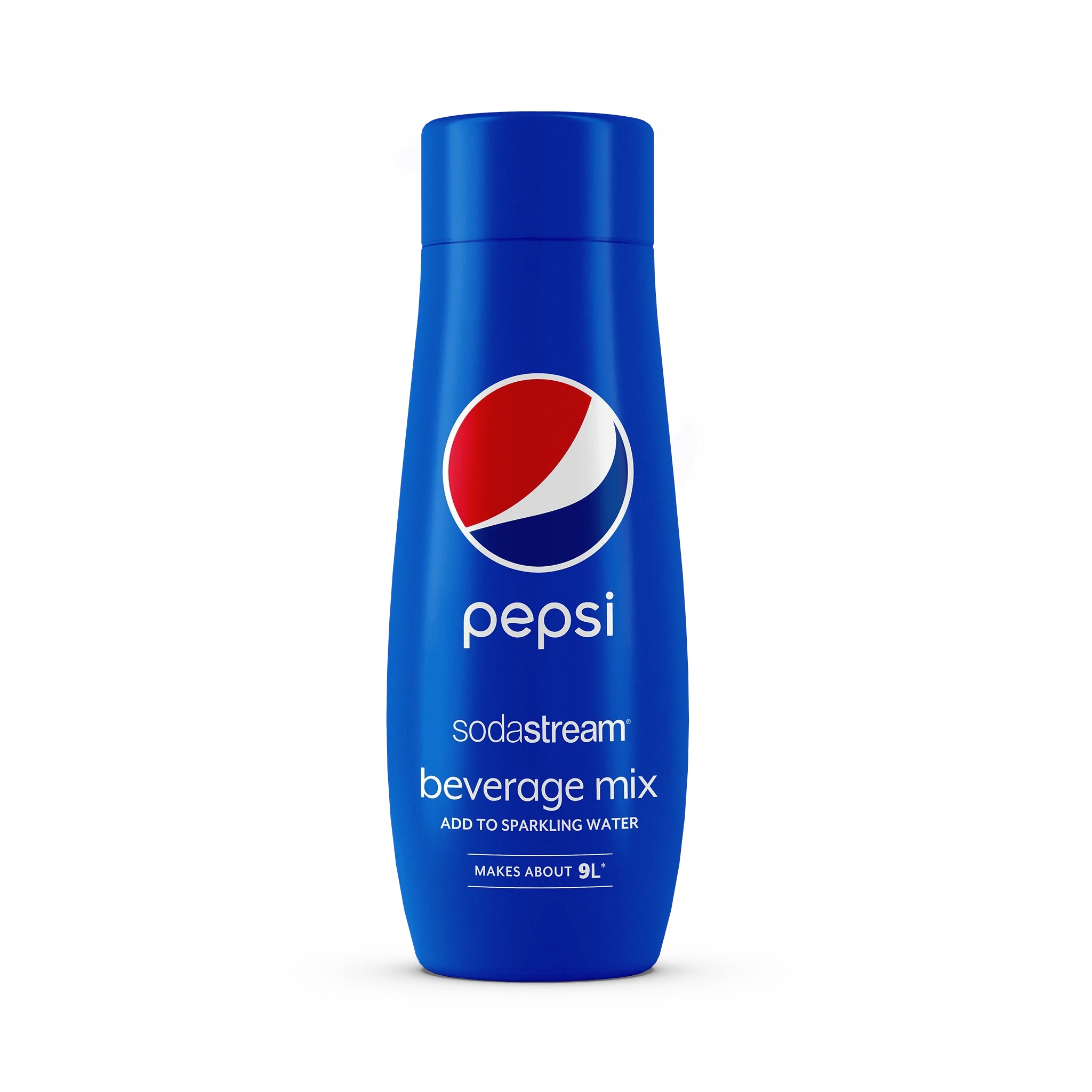 DETAILS, BOTTLER SPLIT. SodaStream appliances carbonate tap or filtered water with CO2 from metal canisters. The flavored syrups can then be added to the carbonated water. A bottle of Pepsi syrup sells at Walmart in California for $6.99 and can yield nine liters of soda, or the equivalent of 25 12-oz cans. Last September, SodaStream launched Pepsi and 7Up branded syrups in Canada, which followed a 2019 introduction in Europe. As part of a separate test seven years ago that came before PepsiCo’s ownership and was later discontinued, PepsiCo worked out a plan to share profit with independent bottlers in franchise territories where the products were sold, according to a system source. Fenton said a plan for bottlers is in the works without providing details. (PepsiCo owns almost all of its distribution in California). 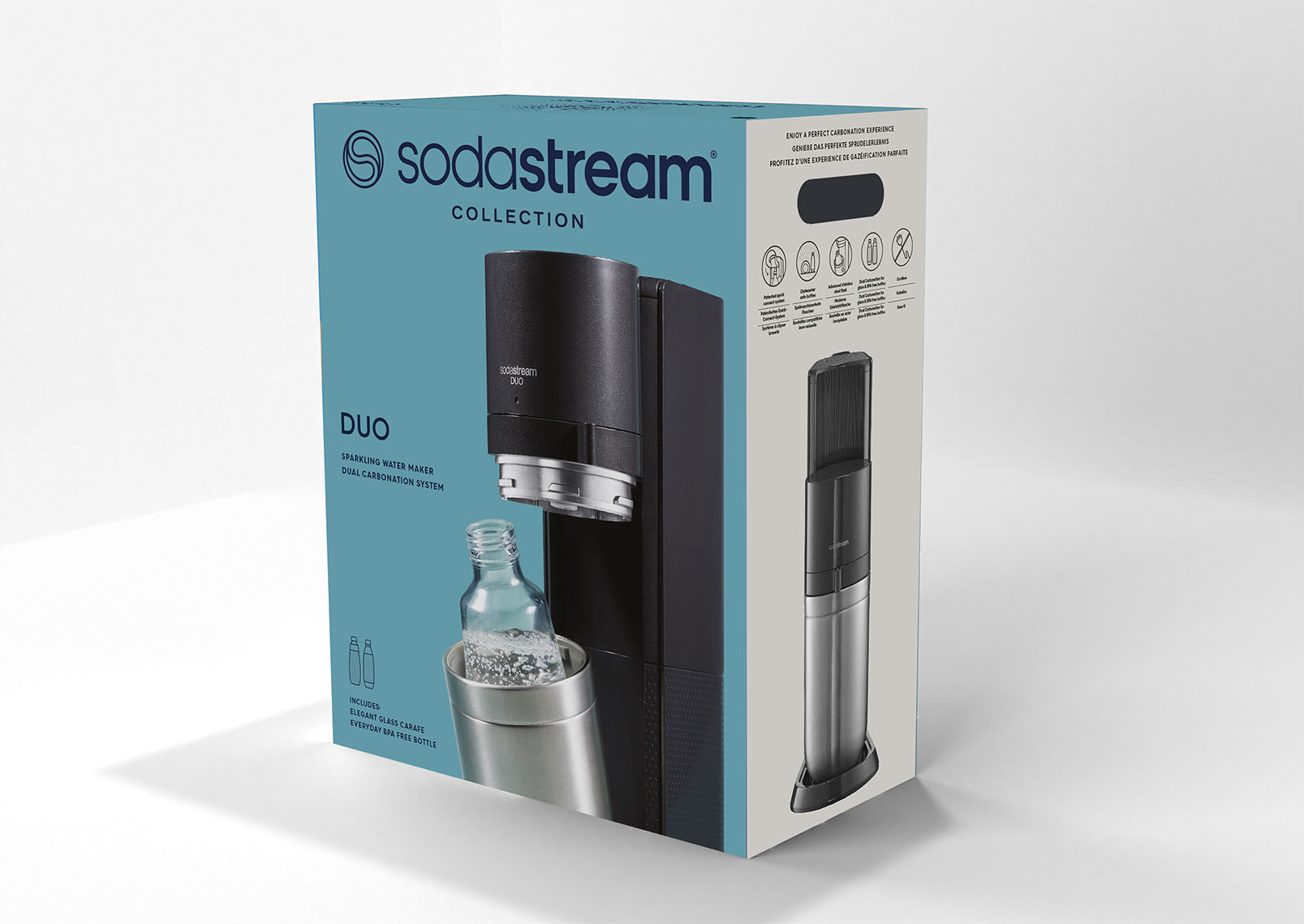 BRAND MAKEOVER. Last week, SodaStream unveiled a brand refresh that includes a new visual design, logo, and packaging. The brand’s new marketing focus will center on the tagline, “Push for Better,” playing off the button users push to carbonate water with the SodaStream appliance. The tagline also is meant to conjure the brand’s stated purpose to spur healthful change “for both consumers and the planet.” The new logo includes what the brand describes as “two inter-locking water droplets arranged in a yin and yang formation, depicting balance and harmony, as well as resembling the planet.” The “S” formed by the design symbolizes SodaStream, according to a description provided. “The brand’s primary colors are Fresh Blue, Deep Blue, and Sand, a reference to the purity and freshness of water, and the brightness of sand,” SodaStream also stated. A newly unveiled “SodaStream Collection” line of premium appliances with names such as the Art and the Duo. “As we step forward, it’s about providing more beverage opportunities and occasions in a more premium, healthful space,” Fenton told BD. Separately, Fenton said Bubly flavor drops continue to offer a “huge potential” in the US. “We’re really trying to unlock how we can accelerate the growth here,” he said. (For reference, see results for the sparkling water category here.)