In the third quarter of this year, many of the public beverage companies and retailers tracked by BD once again saw their stocks shed more value or stay in the red compared to the first six months of 2022 as they continued to fight an unpredictable macroeconomic environment. So far in 2022, the Federal Reserve has raised rates during five Federal Open Market Committee meetings – March, May, June, July, and late September. Investors have fled the stock market, worried the rising rates will depress corporate earnings and make bonds more attractive. In addition, there is concern about pushback from consumers who are burdened by food price inflation. 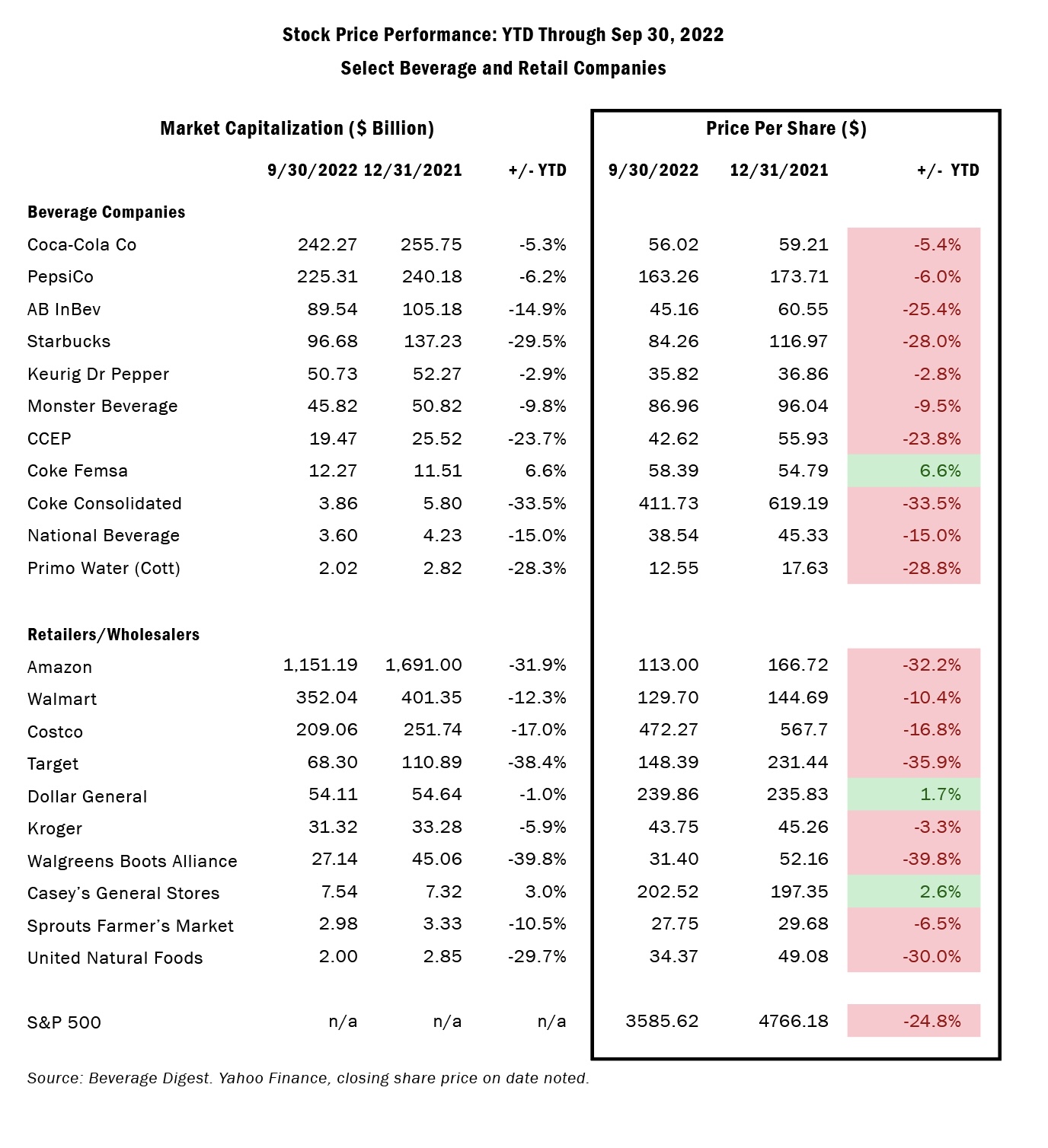 BUDGET BRANDS BUCK THE TREND. As shown in the year-to-date table through Sept. 30 below, budget retailers including Dollar General and Walmart outperformed the broader market index as investors see them as a respite for consumers in an inflationary storm, which should generate positive earnings potential. Stocks for more premium product retailers and distributors such as Starbucks, Target, and United Natural Foods (UNFI) saw YTD stock price declines of roughly -30%. AB InBev has tracked the market closely, falling in June and again in September to arrive at a YTD decline of -25.4% (the S&P 500 fell -24.8%). Coca-Cola Femsa’s share price has done the opposite, rising steadily through the year. Femsa is the only large public bottler tracked by BD that gained market capitalization in 2022. The multinational bottler operates extensively in Latin America.

SHARE PRICES BACK TO JUNE LEVELS. As shown in the chart below from Yahoo Finance, the S&P 500 Index grew from mid-July through mid-August before shedding the gains and settling back to June lows. Persistent gloomy inflation reports, and the September rate hike contributed to the decline.