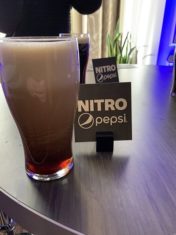 Coca-Cola North America has upgraded its customer center in Atlanta to make better use of technologies such as virtual reality. The newly-renovated and renamed KOlab 600 is linked to existing space where sales teams collaborate with retailers and restaurant operators. BD got a look at the center during a Jan. 3 ribbon cutting by CCNA President Jim Dinkins.