Coke’s far-reaching global reorganization announced this morning (BD Email News Alert) raises deep questions for Coca-Cola North America (CCNA). Coke will pare 17 existing global business units to nine under COO Brian Smith. It will establish five category leadership teams to oversee innovation and marketing, and create a platform services unit to provide the business units everything from data management to social media support. The company intends to offer voluntary buyouts to 4,000 employees in the US, Canada and Puerto Rico. These job cuts will almost certainly impact Coke’s global corporate offices in Atlanta as well as CCNA personnel. A major question is whether CCNA will remain in its current form and with the same level of autonomy. If not, will bottlers gain even more power than they have following Coke’s refranchising this decade? For now, CocaCola hasn’t detailed the makeup of nine new business units. BD expects Coke to provide more detail in the coming weeks (Coke is scheduled to present at the Barclays Global Consumer Staples Conference on Sept. 10). 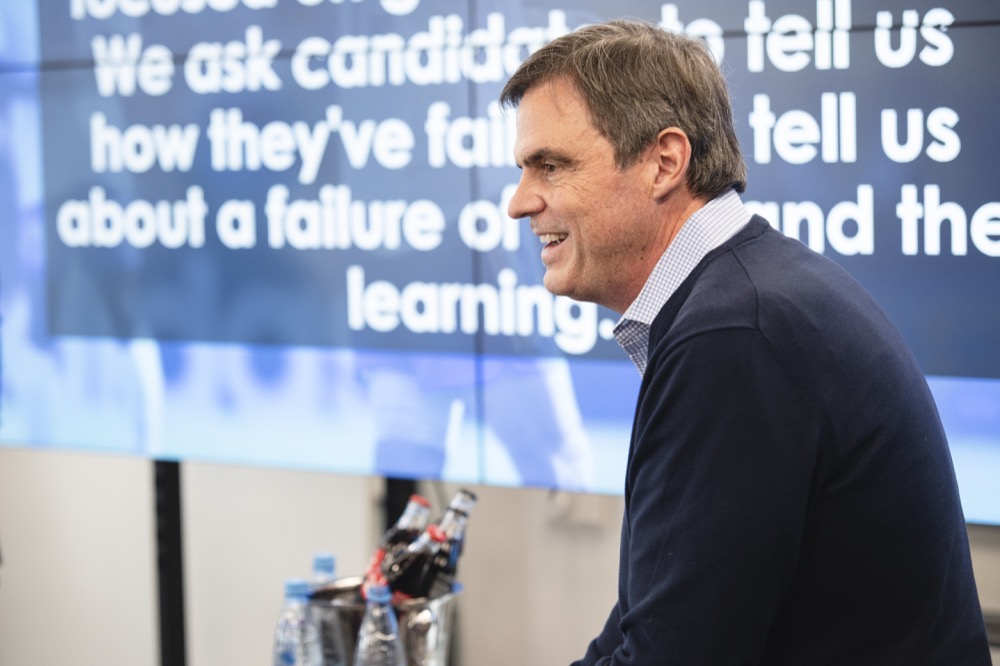 Today’s announcement also provides context for the sudden and surprising announced departure of former CCNA President Jim Dinkins on Aug. 24 (BD email news alert). He was immediately succeeded in the role by Alfredo Rivera, who is a fresh face at the helm to carry out the coming changes. The global structural changes have been in the works for some time, according to BD sources. Still, today’s announcement comes as the company faces an unprecedented global decline in sales away from home, including at restaurants. In North America, slipping carbonated soft drink share after a long period of consistent gains has been a cause for concern as well.

‘ASSET-LIGHT’ EVOLUTION. BD has learned that CCNA also is in the process of shedding company-owned manufacturing plants related to its non-carbonated beverage business in the US. The company owns at least 11 US-based plants that produce water, juice and hotfill products including Powerade and Vitaminwater, according to regulatory filings. A Coca-Cola spokeswoman confirmed to BD that CCNA's three company-owned water plants will be closed or sold. “As we further expand in many beverage categories to support our total beverage strategy, we’re continuously reviewing our investments to ensure we have the right manufacturing capabilities in place to support our long-term beverage portfolio growth plans, and to ensure that our manufacturing investments are relevant and best positioned for value creation in the future,” she said. “Plans for these changes have been underway since late 2019 and are part of our continuing journey to transform our manufacturing supply chain since we began refranchising company-owned bottling operations in North America almost a decade ago.” Plants in Anaheim, California and Grand Prairie, Texas will be closed, the spokeswoman said. Niagara Bottling intends to purchase and operate the third CCNA water plant, which is located in Milesburg, Pennsylvania, a Niagara spokeswoman confirmed to BD. She said Niagara also will co-pack other Coca-Cola water volume. Separately, BD has learned that Coke is seeking a buyer for its hot-fill assets as well.

FOUNTAIN CHANGES? Coca-Cola may also evaluate its fountain business for potential structural changes, which could include combining fountain sales with bottle/can sales in some form, informed sources have speculated. Coke, which has about a 70 share of the US fountain soft drink market, manages that business itself, as opposed to the bottle/can business, which goes through its franchise bottling system. Coke operates at least eight US soft drink fountain syrup plants, according to regulatory filings.

RIVERA TAKES OVER NORTH AMERICA. Meanwhile, at CCNA, Rivera will oversee staff buyouts and structural changes within the division resulting from the new global organizational plan. Dinkins will retire in February and remain on Coca-Cola Femsa’s board of directors. Rivera has been president of Coke’s Latin America operating group since 2016. “Alfredo has helped our business navigate challenges in highly complex and diverse markets,” CEO James Quincey and COO Brian Smith wrote in an internal staff memo in Aug. 24. “He has built a networked organization in Latin America that will enable our company to emerge stronger from the current pandemic.” Coca-Cola’s announcement can be read in full HERE. More about Rivera is HERE. 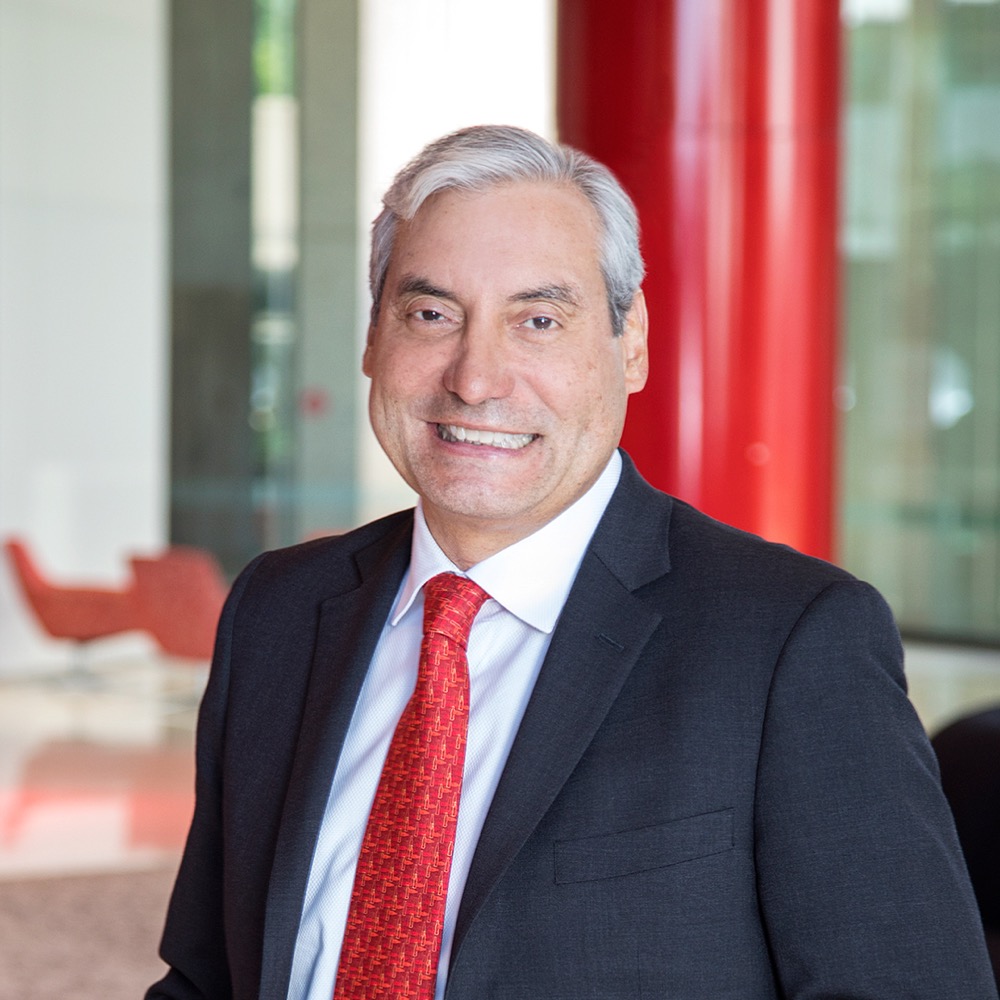 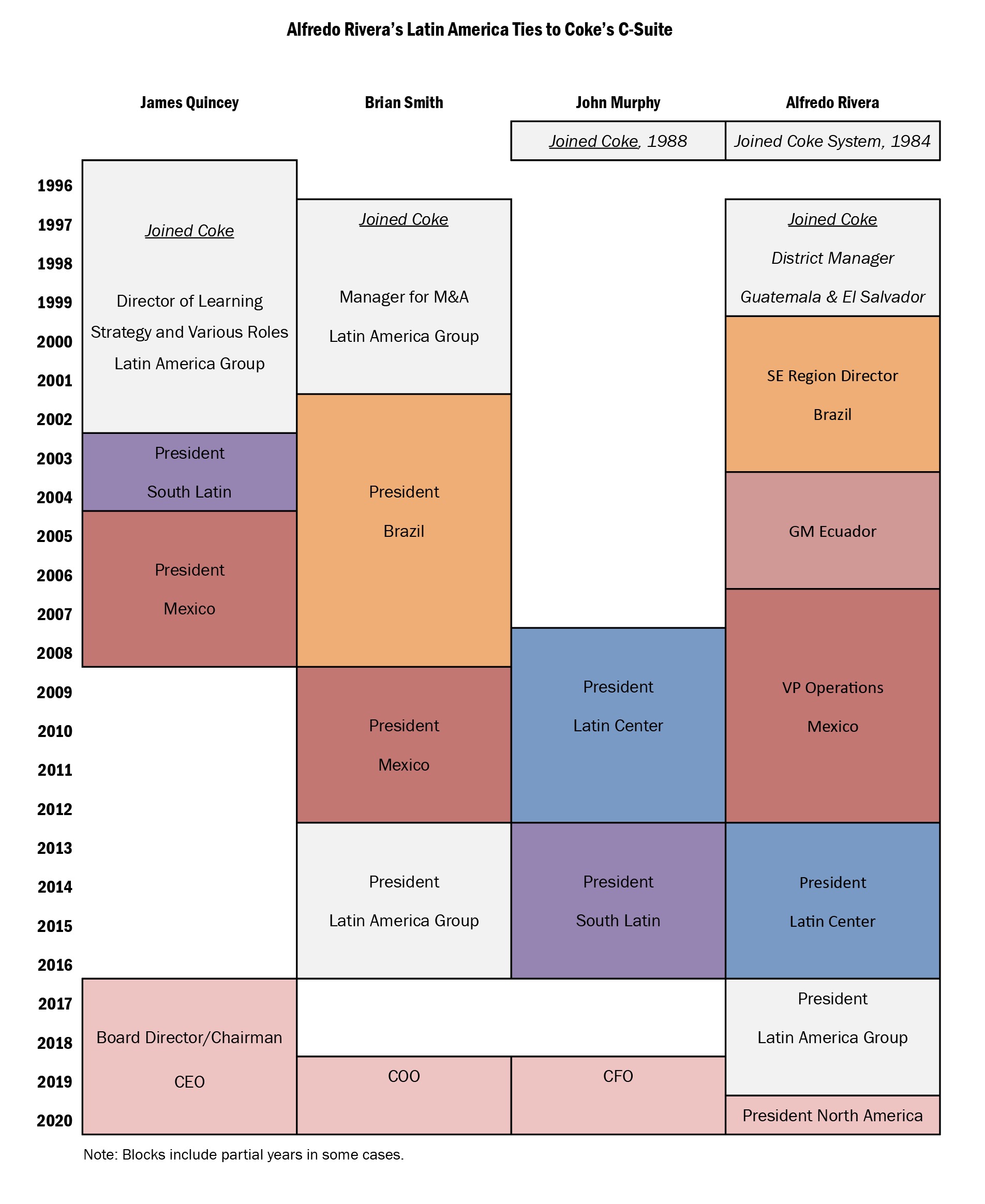