Most beverage and retailer stocks tracked by BD boosted their market value during 2019 as the broader S&P 500 Index grew. Just three companies tracked – Coca-Cola Consolidated, Starbucks and Monster Beverage -- outperformed the index on a per-share basis. While Coca-Cola, PepsiCo and Keurig Dr Pepper all showed healthy growth, the stocks did not exceed the performance of the S&P 500 Index. National Beverage, the maker of sparkling water brand LaCroix, posted the tracked group’s steepest market cap decline at -29%, as the company faced stiffer competition in the seltzer category and a wave of negative publicity. 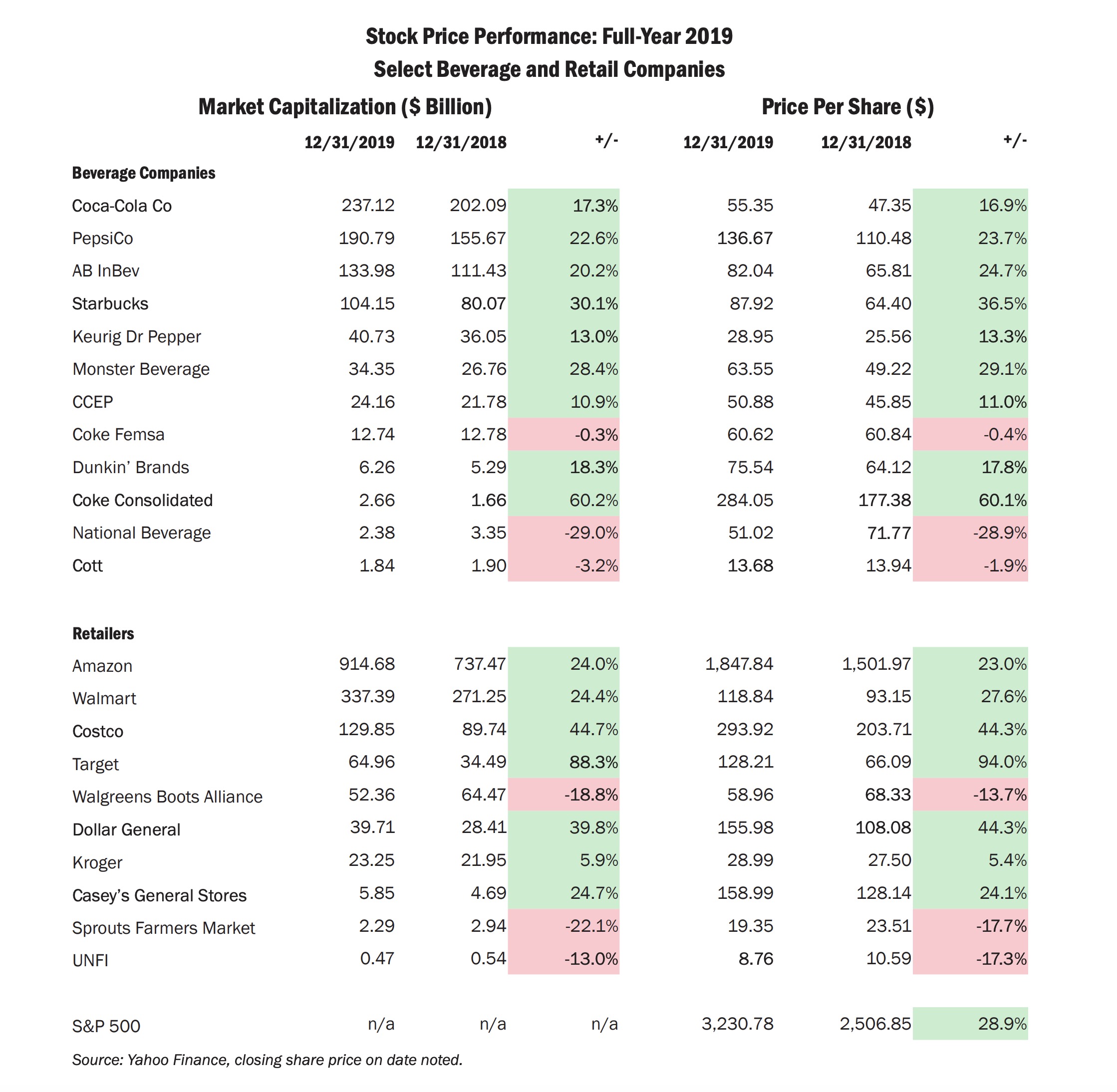 COKE. Coke Consolidated’s market cap gain exceeded +60% as investors drove up the shares in reaction to both revenue growth and higher profitability. The company’s results followed a period of transition in 2018 as it integrated new territory gained from Coca-Cola’s refranchising and worked to cut costs. Pricing increases installed during the second half of 2018 and easing transportation cost pressure also helped boost 2019 profits. The company also got a boost from a year’s worth of Bodyarmor sales after the system picked up the brand in 2018.

MNST. Monster Beverage outperformed its distribution partner Coca-Cola, as well as the rest of the big three carbonated soft drink (CSD) makers, PepsiCo and Keurig Dr Pepper. Monster benefited from international growth that helped generate global net sales growth of more than +10% during the first three quarters of last year, even as sales of Monster Energy in the US declined. (Coca-Cola distributes Monster’s products in most of the energy company’s 153-country footprint.) Monster’s net income rose more than +13% and per-share earnings jumped almost +17% last year through the third quarter. In addition, Monster launched Reign in the US in early 2019, attempting to blunt a market share threat from challenger Bang Energy.