In a Jan. 24 report, analysts at RBC Capital Markets compared the portfolios and social media data for Monster Beverage and Bang Energy. Bang gained attention from analysts last year as a potential threat to Monster’s core energy offerings (BD 10/26/18). The drink has garnered a following among bodybuilders and other fitness enthusiasts, in part because a core ingredient, Creatine, is used to increase muscle mass. Amino acids such as L-Valine in the drink are said to help repair muscle tissue. (The table shows an ingredient comparison between Bang and Monster.) RBC cited a four-year compound annual growth rate of +85% for Bang. However, the analysts said Bang lacks a “core product offering.” None of Bang’s 18 flavors surpass 11% of Bang’s portfolio volume, according to RBC. In contrast, Monster’s core Green flavor makes up almost half of Monster’s “traditional” energy drink volume, which fosters consumer loyalty, the analysts concluded. 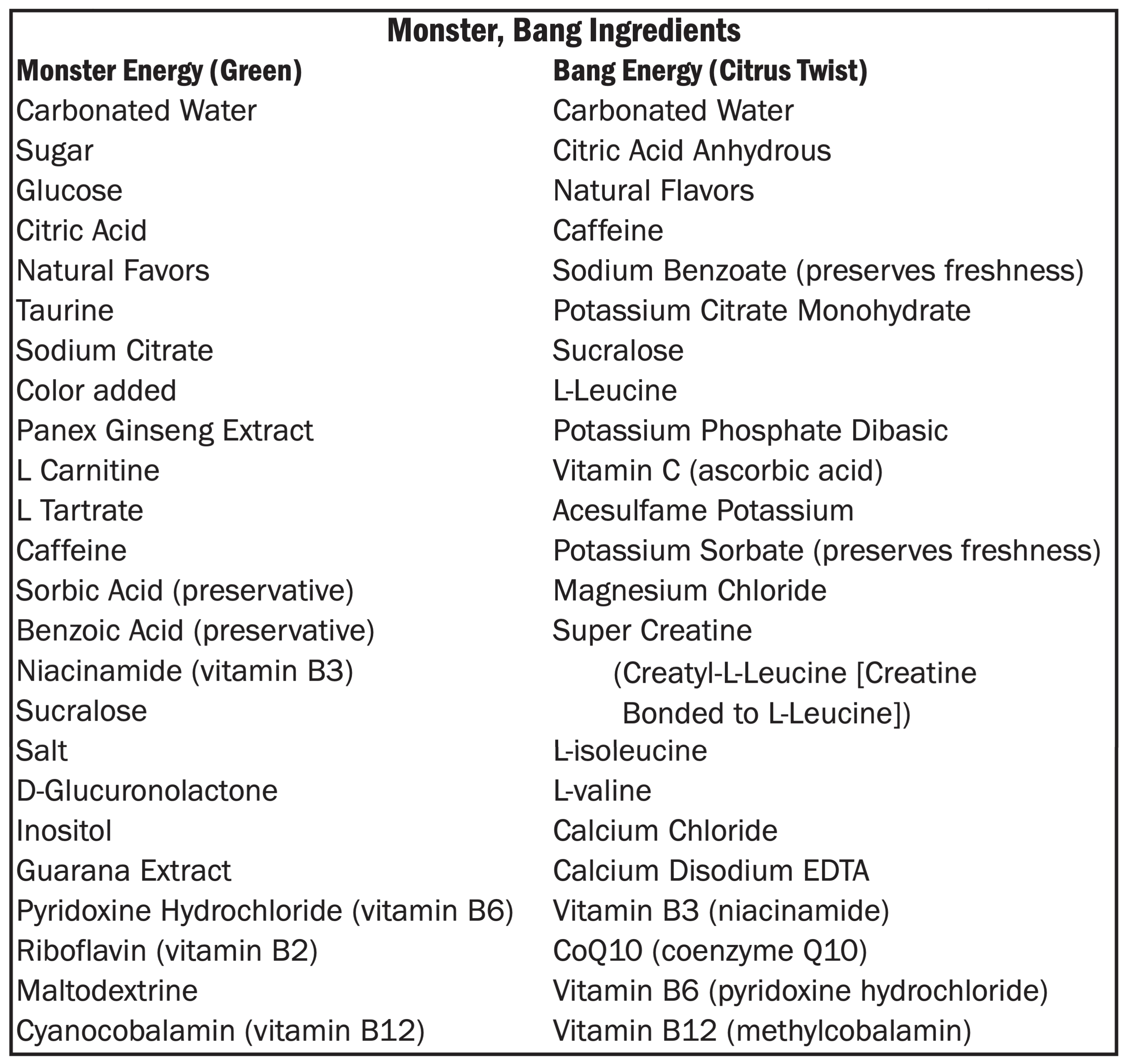 Social.  The analysts further concluded that “Monster and Bang attract completely different consumer groups in many respects.” During a one-month period from late Dec. 27 to Jan. 24, Monster attracted 30 times more Twitter posts about the brand (42,000) than did Bang. More than 64% of Tweets about Monster were associated with “joy,” compared to 22% for Bang, as measured by RBC’s data science unit and social media analytics company Crimson Hexagon. When it comes to demographics, 53% of Monster’s Twitter audience is aged 35 or older. By percentage, the Twitter audience is most interested in cars (16%), soccer (13%) and motorcycles (13%). Monster’s audience is 73% male and almost half are U.S.-based. Bang’s Twitter audience is mostly aged 18 to 24 (56%). About 89% of the audience is 24 or younger. Bang’s audience is interested in basketball (26%), baseball (13%) and, yes, homework (9.8%). By gender, the audience is nearly split in half, leaning slightly female. More than 93% of the audience is U.S.-based.