A 10-year distribution agreement between Bang Energy and PepsiCo that began just eight months ago has devolved into confusion and a lawsuit. On Nov. 25, bang owner Vital Pharmaceuticals, also known as VPX, sued PepsiCo in US District Court in Florida alleging that PepsiCo has breached the agreement and interfered with Bang’s business relationships. The lawsuit, reviewed by BD, comes about a month after Bang terminated its partnership with PepsiCo “without cause,” effective October 2023. Bang then made that decision public two weeks ago before filing suit headed into the holiday weekend. “After months of under-performance and unaddressed or inadequately addressed concerns, it became apparent to VPX that PepsiCo either did not have capabilities that it represented, or that it was less interested in advancing the BANG brand, and more interested in using the popularity of the BANG brand to tie in and push other failed PepsiCo energy products, such as Rockstar,” Bang alleged in the legal action. The energy drink company claims it may have suffered “billions of dollars” in economic harm and has asked a judge for an injunction stopping PepsiCo from communicating with other Bang distribution partners or customers.

‘BUYOUT’ OFFER? Bang Founder and CEO Jack Owoc, as well as attorneys representing Bang, did not respond to emailed questions in time for this story. According to Bang’s Jack Owoc lawsuit, the company has offered PepsiCo a “buyout” that was rejected (details of the buyout are not included in the public version of the lawsuit, which included heavy redactions, likely allowed to protect sensitive corporate information). Bang alleged in the lawsuit that PepsiCo instead retaliated. “PepsiCo has punitively scaled back its already inadequate efforts related to the BANG brand,” the lawsuit claimed. “PepsiCo has taken the position that VPX is somehow trapped into continuing to distribute the BANG brand only through PepsiCo for not only the short term, but exclusively for the next three years.” Bang cited convenience chain QuikTrip as an example of PepsiCo’s alleged underperformance, saying the customer has attributed decreasing unit sales to frequent out of stocks since PepsiCo took over distribution. (The complaint does not mention the ongoing COVID-19 crisis in the US that has run concurrent to PepsiCo’s work for Bang and has led to out of stocks for multiple brands amid high demand and a nationwide can shortage.) “In response to Quick Trip’s[sic] attempts to secure adequate inventory of the Licensed Product directly from VPX, PepsiCo sought to strong arm Quick Trip by leveraging Quick Trip’s ability to distribute other PepsiCo product, such as Gatorade.” [Bang confirmed to BD that the complaint intended to refer to QuikTrip.]

PEPSICO RESPONSE. PepsiCo declined to comment on Bang’s lawsuit and claims. On Nov. 17, PepsiCo released a statement commenting on Bang’s termination. “We were disappointed to receive VPX’s notice of termination without cause, especially given the rapid success we’ve had in significantly expanding the presence and availability of Bang Energy drinks,” PepsiCo stated. “PepsiCo remains the exclusive distributor of Bang Energy drinks across the U.S. through October, 2023. We will continue to fulfill our obligations under our agreement, which does not include any minimum purchase commitment. Serving our customers remains our top priority, while also defending and enforcing our exclusive rights granted in the agreement.”

‘MISPLACED BLAME.’ Following the termination, PepsiCo Beverage North America CEO Kirk Tanner sent a letter to bottling system executives saying, “VPX management has taken an inaccurate view of our performance and the terms of our agreement.” The letter, obtained by BD, goes on to say that Bang “has experienced challenges with velocity” and that Bang executives “have misplaced blame for Bang’s performance on our execution, despite data demonstrating otherwise.” Tanner concluded: “I am proud of our team and ask that we not let this be a distraction, but instead continue to serve our customers and support Bang, as we remain the exclusive distributor of Bang Energy drinks across the U.S. for the full contract.” A subsequent Nov. 25 media release announcing bang’s lawsuit quoted Owoc saying, “We were blindsided and bamboozled.” The media statement added “Make no mistake – PepsiCo has been legally terminated! PepsiCo is no longer Bang Energy’s exclusive distributor. All retailers and third parties are legally free to purchase direct from Bang Energy and its extensive network of authorized distributors. Again, PepsiCo is no longer legally Bang Energy’s exclusive distributor.”

RETAILERS. In a Nov. 17 letter to retail customers, Tanner clarified PepsiCo’s position that the company has the “exclusive” right to distribute Bang for the next three years. While VPX will continue to lead sales calls with the brand’s top 400 customers, only PepsiCo and its bottlers have the right to sell into “Pepsi-led” customer accounts, the letter stated. Meanwhile, third-party Bang distributors “in a small percentage of the US” that had not been transitioned to PepsiCo are no longer expected to move over, Tanner wrote. “We request that you continue to receive Bang products only through PepsiCo,” Tanner told the retailers who received the letter. Bang’s and PepsiCo’s opposing views of what the termination means has created confusion for retailers who were counting on a cohesive distribution network for the BCAA-infused energy drink. Bang’s partnership with PepsiCo had opened doors for the brand at national retail chains that previously saw Bang’s fragmented distribution system as a challenge. Now, Bang is looking to bring on new distributors and return to previous partners, according to Bang’s lawsuit. Bang’s cancellation of the PepsiCo agreement this early has raised questions for at least one national retailer that was counting on a single partner to simplify the product’s route to market, according to a BD source close to the retailer. The outcome of the dispute could have negative implications for upcoming shelf resets where the brand was set to get a wider shelf presence. 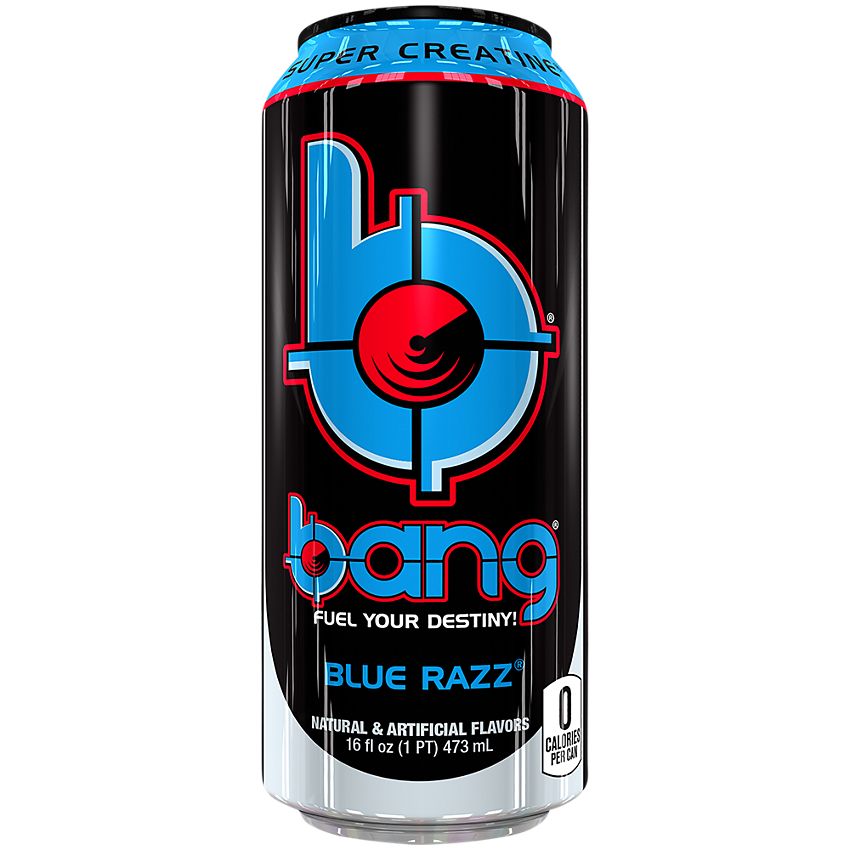 BACKGROUND. Bang executives sent a terse letter to PepsiCo on Oct. 23 terminating the 10-year agreement. Bang said its decision was “without cause” and would be effective on Oct. 24, 2023. According to BD sources, the master agreement has a three-year wind down period that governs such an early termination. This means PepsiCo and its independent bottlers will carry the drink for another three years without the certainty that comes with a longer-term contract. On Nov. 17, Bang executives revealed the termination letter in a media statement, alleging that the termination was due to “multiple issues and concerns regarding PepsiCo’s performance” since the agreement began in April 2020. “Bang Energy has had, and continues to have, a remarkable 11-year relationship with many of its prior distribution partners, including the independent Pepsi bottlers,” Owoc said in the statement. “Therefore, we sincerely expected PepsiCo to execute at an even higher level based on their enormous resources and promises. Unfortunately, we were wrong. PepsiCo, you’re fired.” That parting phrase is one made famous by outgoing President Donald Trump during his former show, The Apprentice.

CONFUSION. Although Bang’s press release says the termination letter cites “multiple issues and concerns” about PepsiCo’s work, the letter provided by the company makes no such allegations and says only that the action was “without cause.” However, the termination letter does claim that the distribution agreement requires PepsiCo to place purchase orders for a minimum of $125 million per month (a point PepsiCo later disputed). “This notice is sent without prejudice and company specifically reserves its right to seek compensation and reimbursement for its lost sales and other damages caused by distributor,” Bang said in the letter’s closing. “Govern yourselves accordingly.” The same day that Bang issued its press release, the company later replaced it with a version that no longer included a link to the termination letter.

DATA. According to a BD review of US multi-outlet data from IRI, Bang’s share of the energy category (including coffee) had been on a steady decline from an 8.2 share in November 2019 to a low of a 6.7 share during the PepsiCo transition. Under PepsiCo, the brand had increased to a 7.6 share by Nov. 1. 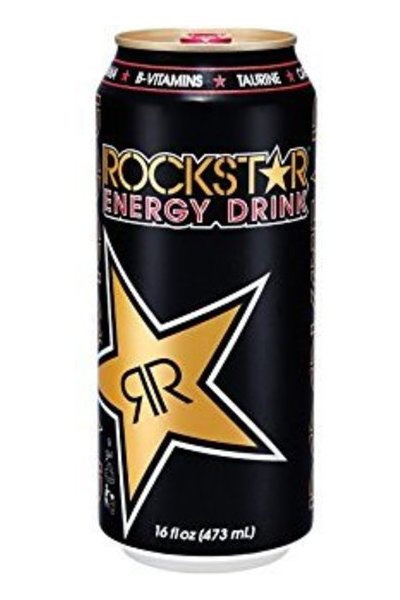 MORE FROM PEPSICO. Eric Hanson, PepsiCo’s SVP of Energy Integration, said in an exclusive interview with BD that PepsiCo is “obviously confused and disappointed that Bang chose to go this path.” He said PepsiCo has exceeded Bang’s historical performance when it comes to ACV distribution, number of SKU’s per store, total points of distribution, and inventory on display. “In all of those measurements, we’re exceeding where Bang has ever been in the existence of their brand,” he said. “Look at the gains that we’ve made in terms of share. We felt really positive about 2021.” Hanson, who also manages the Rockstar transition, declined to detail any specific concessions Bang requested prior to the decision to terminate. He said Bang’s executive team appeared aligned on the decision to end the agreement. Markets that were a particular concern of Owoc and his team were Florida, Texas and Southern California, where the brand has operated for some time, Hanson said.

PERSPECTIVE. Some industry observers have wondered whether Bang’s Owoc is maneuvering for a sale of the brand, perhaps to a beer company? Industry observers surmise that PepsiCo and its bottling system will no longer be motivated to invest as heavily in a brand that the system will lose in three years. That means Bang has either “cut off its nose to spite its face,” as one industry observer put it, or has what Bang executives believe is a better long-term plan than PepsiCo.