Third-quarter global beverage volumes grew in most global markets reported by Coca- Cola and PepsiCo, according to regulatory filings. That marks two consecutive quarters of widespread quarter-over-quarter volume sales growth internationally for the companies as countries recover from the worst of pandemic lockdowns. This year’s results lapped severe beverage volume declines in 2020 after stores and offices closed and most travel was halted to slow the spread of Covid-19 virus. The table below shows results for selected markets as reported by Coca-Cola and PepsiCo.

COCA-COLA. Despite broad third-quarter beverage volume gains, Coca-Cola’s performance decelerated sequentially in all but one market reported (compared to the second quarter
of this year, as shown in the table). The ASEAN & South Pacific operating unit declined -5%. Coke’s US/Canada and Europe markets, some of the company’s most developed, posted +4% and +3% growth respectively. Africa, Eurasia & Middle East, and India & Southwest Asia, business units that contain important emerging and developing markets for Coca-Cola, all posted double-digit growth. 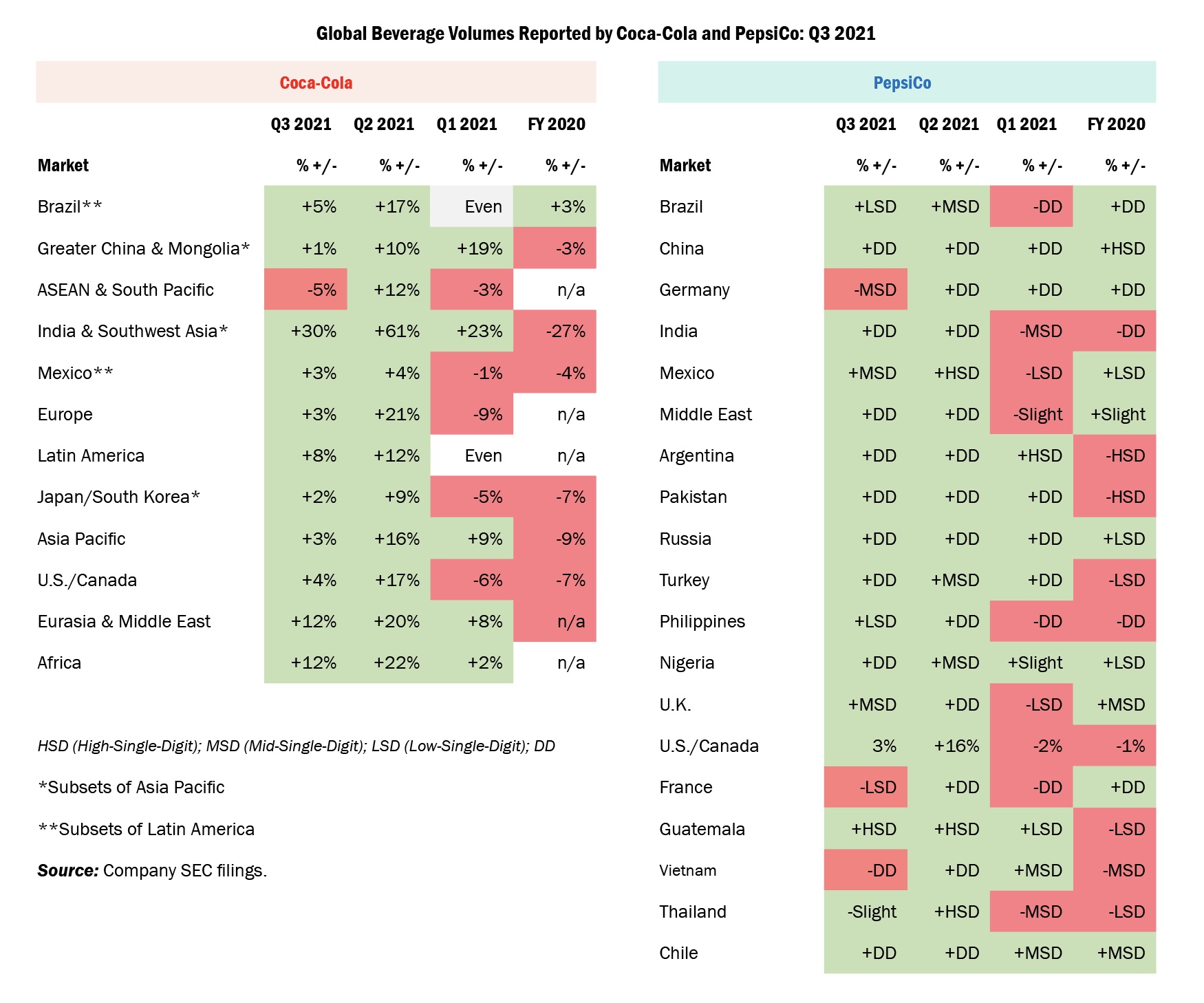