More on Bang Energy. The brand’s growth has become increasingly concerning for Wall Street analysts covering Monster. As of March 9, Bang reached an 8.1 dollar share of the energy category, according to Nielsen data cited by Wells Fargo. Bang also is driving most of the category growth even as its retail penetration is less than 50% as measured by all commodity value (ACV), “suggesting plenty of future growth potential,” the analysts said. Analysts at Morgan Stanley pointed out in a report that Bang’s convenience business, which drives a large portion of the brand’s volume, was roughly at 1% a year ago. In the West, Bang has roughly a 12 share of the convenience and gas market, with a 94% retail ACV in the channel, according to Morgan Stanley, which also cited Nielsen data. Bang’s share outside the West region is about 7 on a 62% ACV. “We now believe that Bang market share may have reached a tipping point in the U.S. with outsized share gains appearing to increasingly source share from Monster,” the Morgan Stanley analysts wrote on March 28. 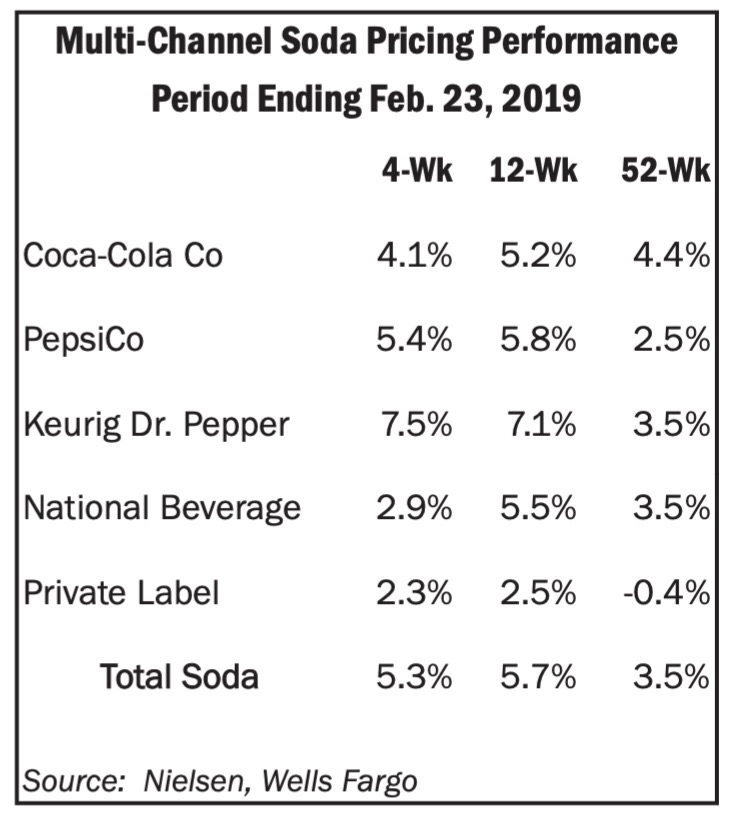