Global beverage volume growth for Coca-Cola and PepsiCo remained stable for the first nine months of this year in the aftermath of the worst of the COVID-19 pandemic. The Russia-Ukraine war, ongoing zero-covid policies in China, and unpredictable interest rate environments disrupted an otherwise strong period for global volume sales.The table below shows results for selected markets as reported by Coca-Cola and PepsiCo for the first nine months of 2022. 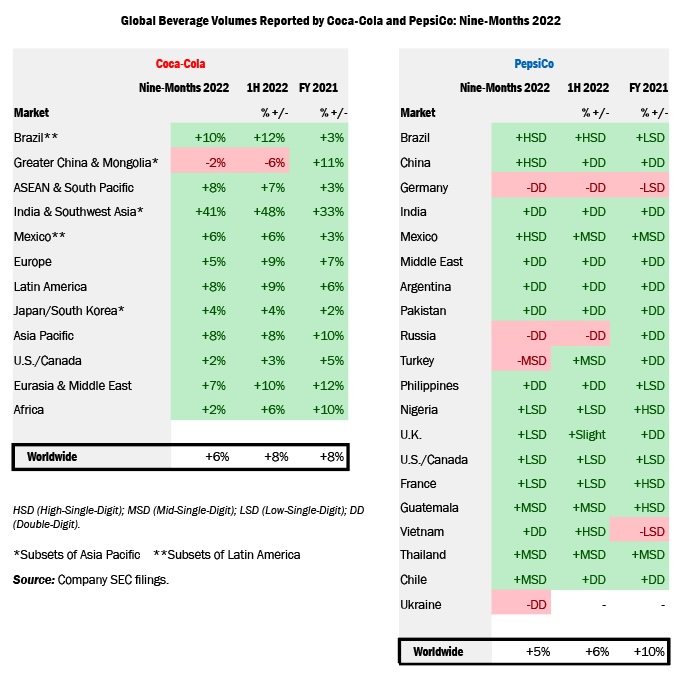