Coke, PepsiCo Look Beyond Bottles and Cans for Opportunity, Hedges.

In June, PepsiCo will join Coca-Cola in launching a water vending platform that combines a host of consumer trends including sustainability, personalization, technology and health. PepsiCo’s as-yet unnamed platform will allow consumers to choose filtered still or sparkling water, while controlling flavor intensity, carbonation levels and even temperature. Technological attributes will include a smartphone app and QR code stickers for consumers’ bottles, both of which will allow users to set hydration-related goals and track progress. Consumers also can store and repeat beverage choices, including by day part. Cashless payments will be possible through the app or at the machine, depending on the model. The touch-screen device (pictured left and below) will be offered in standalone and counter-top formats. It will debut with six “natural” flavors (peach, lime, orange grapefruit, lemon mint, strawberry and raspberry lime) delivered by way of a tailored bagin- box system.

Perspective. While immaterial for now to the bottom lines of Coke and PepsiCo, this new generation of technology-driven water vendors keeps open an important window into the behavior, preferences and values of young consumers who soon will generate the majority of the country’s purchasing power. The ability to evolve delivery systems for beverages will become increasingly important if consumers ultimately reject traditional packaging like PET plastic bottles, as well as transportation-heavy beverage delivery methods. It’s the same rationale for PepsiCo’s purchase of SodaStream, which sells at-home sparkling water makers.

Launch. The device was developed over a year and a half with help from PepsiCo’s global design team, led by Mauro Porcini. A pilot project last year helped refine the offering and platform, which Finlow refers to as a “hydration ecosystem.” Launch plans are “ambitious” for the second half of this year, with expansion in 2020 being “much bigger,” Finlow said, adding, “We think there is pretty massive demand.” He declined to share distribution targets. The dispensers will be leased to customers, starting with universities, lodging companies and work sites. “We’ve got a competitive business model and a competitive lease rate,” Finlow said, without providing specifics. Branding for the platform, to be announced in the coming weeks, will be unique, Finlow said.

Dasani PureFill. In 2017, Coca-Cola’s Dasani unit introduced a similar platform with a pilot project at the Georgia Institute of Technology. The program has since been expanded to universities in Ohio and Florida. According to the company, additional placements are under consideration at schools, hospitals and workplaces. 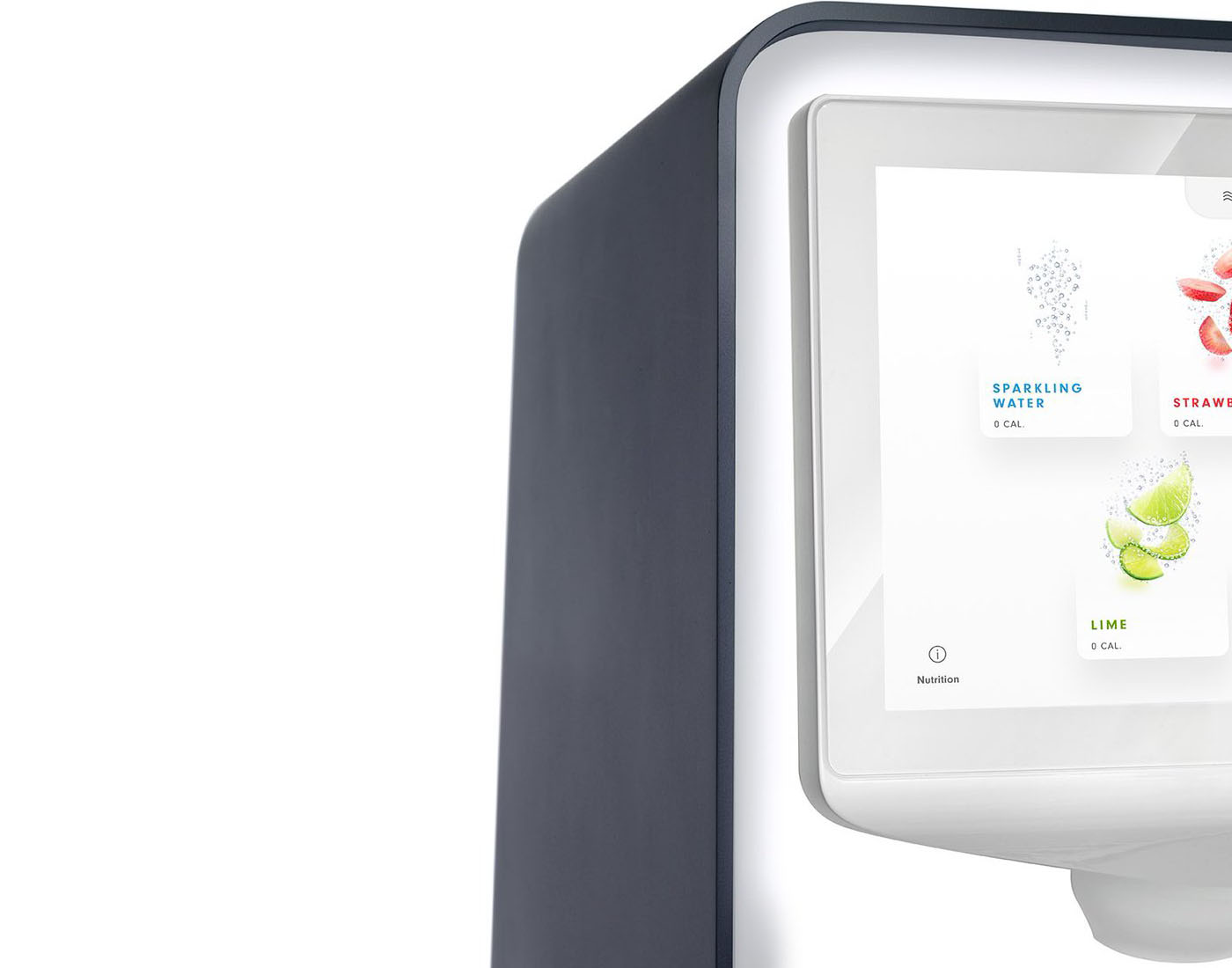