During a third-quarter conference call on Nov. 9, Celsius Holdings CEO John Fieldly said the company increased the brand’s market presence by +11% since PepsiCo began distributing the brand on Oct. 1. In the c-store channel, availability jumped +23%. Fieldly also said Celsius has been able to capture some space vacated by Coca-Cola Energy after it was discontinued. Internationally, Fieldly said he expects expansion into some of PepsiCo’s 126 global markets throughout 2023. “We believe there is significant opportunity for international growth going forward with PepsiCo as part of our distribution agreement,” he said.

Coca-Cola has kicked off its holiday campaign in the US and Canada. The campaign includes a holiday ad called, “Just Like Mama Used to Make,” a first-ever anthology series on Amazon Prime, and a linked digital marketing effort. Coke’s Holiday Caravan will tour 33 cities across the US and Canada.

Monster Energy has filed a notice of opposition against Walmart with the US Patent and Trademark Office over a “Member’s Mark” private label logo the global retailer wants to use on products including energy drinks. Monster argues consumers will confuse the “M” in the logo with the energy drink maker’s “M” shaped claw mark.

Bang Energy has been delisted at CVS and Circle K, according to Beer Business Daily. A Bang spokeswoman has not yet confirmed or denied the delisting. Checks by BD this weekend located the brand at Walgreens.

Tate & Lyle has added an erythritol sweetener branded Erytesse to its portfolio, the ingredient company said.

Netflix has released a documentary called, “Pepsi, Where’s My Jet?” which tells the story of John Leonard, who sued PepsiCo over a 1996 Pepsi Points promotion in which he said he earned a Harrier jet. PepsiCo said an advertisement featuring the jet for 7 million points was in jest. Leonard was represented at the time by a young Michael Avenatti, who years later would become known as the attorney representing adult film actress Stormy Daniels against President Donald Trump. “Pepsi, Where’s My Jet?” is currently rated 100% by Rotten Tomatoes.

Legislators in the Philippines have passed a tax on single-use plastics to raise money for recycling infrastructure, according to news reports. The measure must still be passed by the country’s senate and then signed by the country’s president.

Earlier this month, a spoof Pepsi Twitter account with the purposefully misspelled handle “@PepiCo” and carrying a Pepsi logo tweeted, “Coke is Better.” The account has since been removed. Such brand trolling cropped up in the days after Elon Musk acquired Twitter and introduced a program to sell blue verification check marks that signify the authenticity of a Twitter account. According to AdAge, PepsiCo spent $1.38 million on Twitter advertising between Nov. 1 and Nov. 15, up from $843,500 between Sept. 1 and Sept. 15.

PepsiCo’s has brought back Mtn Dew Pitch Black berry and citrus variant, which was first released in 2004 and has been in and out since. The product is offered in regular, Zero Sugar, and Energy versions. 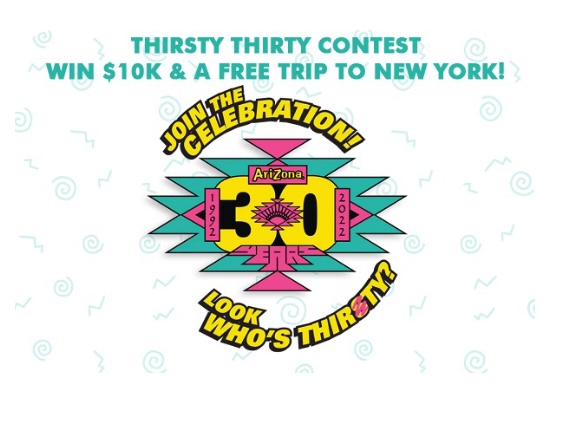 Arizona Beverage has launched a web program called “Thirsty Thirty” that allows consumers to customize an Arizona tea from a suite of ‘tasting notes.”