Technology: Beyond the Bottle. Startup Uno Looks to Become ‘USB of Beverages’ to Curb Plastic Waste

Here’s what the entrepreneur Tal Shub imagines: A patron walks into a café holding a stylish, re-usable cup that includes a built-in lid and retractable straw. The consumer inserts their cup upside down into a port that resembles a shallow automobile cup holder. In seconds, the port disinfects the cup, straw and lid, washing away all signs of that morning’s coffee. The person then uses the port’s interface to order an iced green tea lemonade and refills the cup. Data from the port and an RFID chip in the cup are married for the café owner. Such a system will be pilot tested this year in one New York-area community by entrepreneur Tal Shub, co-founder of a startup called Uno (click for video). The company offers a window into a beverage frontier where entrepreneurs are leveraging consumer concern over plastic waste and looking beyond the bottle to create new commercial opportunities. While Uno is pre-revenue and won’t be profitable for five years, Shub estimates, entrepreneurial activity around plastic waste is instructive, as consumers are more willing than ever to embrace new paradigms that could one day challenge existing business models. 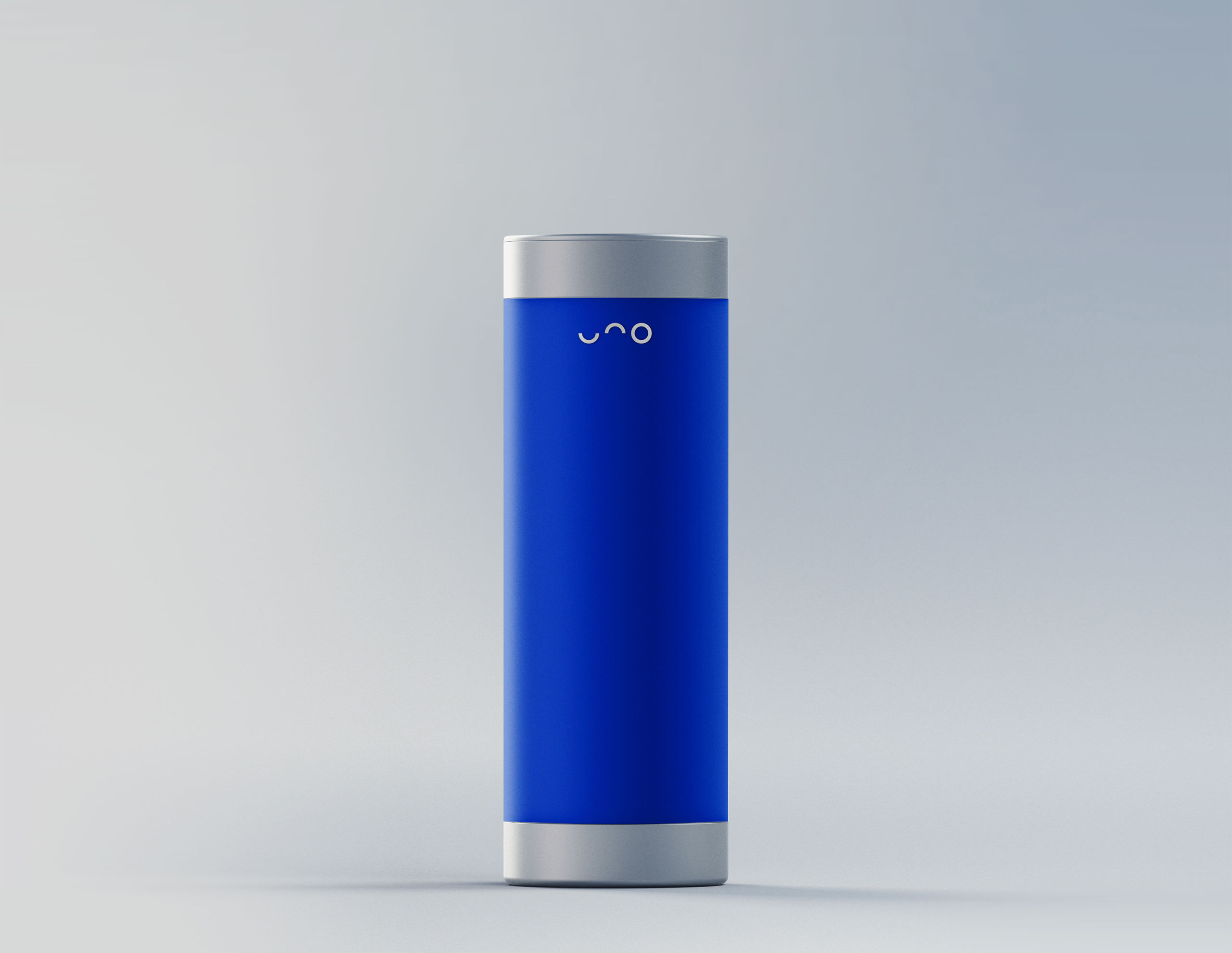 USB of Beverages. Uno wants to install its ports in restaurants, offices and stores. Consumers would sanitize their cups for free, paying only for the beverage. The port’s host -- such as a café, fast-food restaurant, hotel or office owner -- would pay Uno about 10 cents per cup per cleaning. While Uno will sell designer cups – mostly to seed the Uno system -- the ports will be universal, so any cup designed to the proper specifications will work. “We want to be the USB of beverages,” Shub said. “We’re not in the business of selling cups. We’re in the business of creating the infrastructure for a re-usable beverage vessel system.”

Business Model. Shub estimates that a large beverage retailer pays between 10 cents and 30 cents for each single-use cup stocked. Then there is the cost to order, stock, manage and dispose of the paper or plastic cup, he said. Uno would install its ports for free and charge the host per cleaning. Shub is banking on the idea that restaurants and other hosts can use the port to cut their cup costs while satisfying consumer demand for more sustainable options. Office owners who provide beverages to their workers might want to provide Uno cups to increase their sustainability credentials. Contracts could include caps and bulk discounts. “The bulk of Uno’s revenue will come from small charges -- high volume, high frequency,” Shub said. 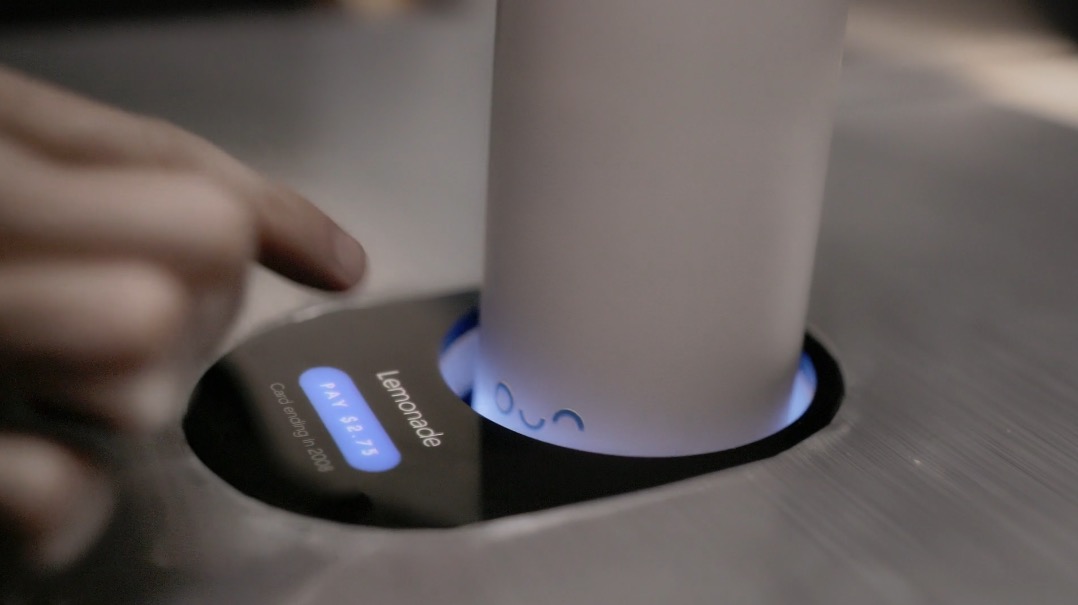 Cleaning. Shub said cleaning is a significant barrier when it comes to consumer adoption and routine use of re-usable cups and bottles. Uno uses water, ozone and ultraviolet light to rinse, deodorize and disinfect to clean compatible cups. This also allows consumers to use a single cup for hot and cold drinks, as well as for water, without cross-contamination of flavors and odors.

Technology. Uno’s port would double as a Wi-Fi-connected pointof- sale device that would support cashless payments. The re-usable cups would be designed with RFID chips to enable the port to marry order data with details about the cup’s owner. The ports could potentially be combined with a fountain drink system. Shub imagines cashless vending versions, as well, where beverages are dispensed into Uno cups instead of via PET bottles or aluminum cans, in about the same amount of time.

Pilot Test. Shub said he is speaking with “major” beverage companies that distribute both packaged and dispensed beverages, as well as companies that serve beverages. “For one of the companies, it’s really important for them that the cup feels like a can of soda, as opposed to a disposable cup,” Shub said. “People are buying their beverages in cans because they like the can feel, so that’s something we are working with them in emulating.” He declined to identify any potential customers or interested companies. The pilot to be launched this year will include about 30 ports at three merchants and several workplaces in a New York-area community, Shub said. 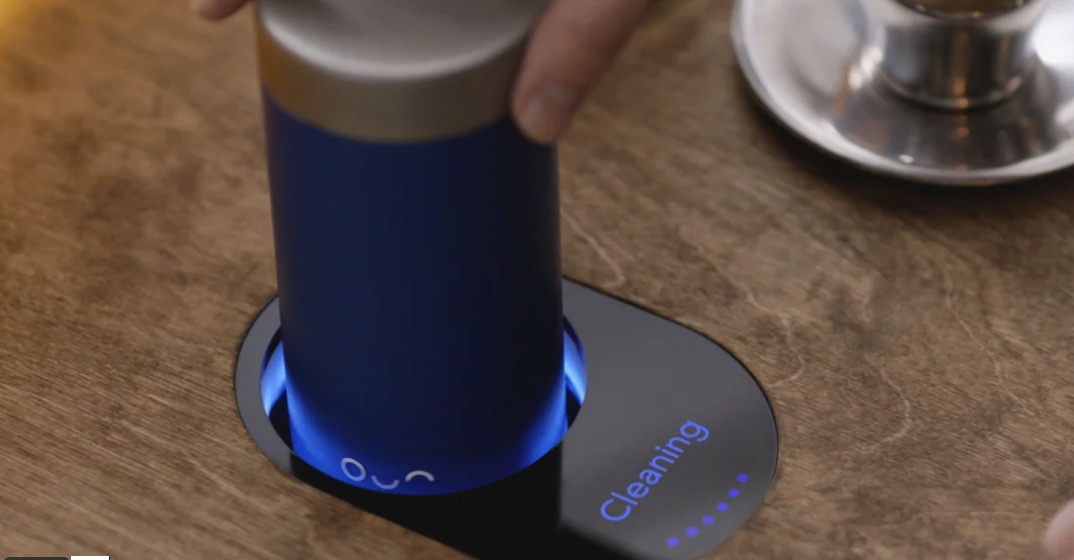 Background. Shub spent the first eight years of his professional life in advertising as a graphic artist and creative director, working with clients including Samsung, Nike, Mercedes-Benz and Disney. He is an instructor at the School of Visual Arts in New York. Last May, he transitioned to Uno full-time. Uno’s other co-founder, Alex Porras, has a doctorate from New York University in physiology and neuroscience and has spent time at Johnson & Johnson and McKinsey & Company. Uno is working on startup capital raised from private investors.

More. Outside of the numerous plastic recycling technologies being implemented and explored, such as robotic trash sorting, entrepreneurial solutions to plastic beverage packaging waste run the gamut from “100% biodegradable bioplastics” to the re-usable Barrier Bottle, pitched as an immediate consumption package that can be re-used by the consumer. Taking a far different approach to capitalizing on the plastic backlash, a brand called Liquid Death just raised $9 million to fund expansion of its still and sparkling water products packaged in aluminum cans. The brand’s online marketing shouts, “Death to Plastic,” and its can copy pledges that the product will “Murder Your Thirst.”