LaCroix sparkling water owner National Beverage has been unable to stem a stock price decline spurred by flagging sales, negative publicity, and increased competition. The stock has fallen 53 percent since Sept. 6 of last year, when the shares were worth $124.60 each. They closed yesterday at $58.65. A dramatic turnaround in sales performance for LaCroix starting late last year has fueled investor concern. Double-digit volume sales increases during the first-half of last year suddenly softened and then turned negative during the second half of 2018 (table right), according to retail sales data tracked by BD. The sparkling water category grew +9.0% in the calendar fourth quarter last year.

Publicity Woes. Meanwhile, National Beverage didn’t succeed at getting in front of unfounded allegations last year in a lawsuit that LaCroix contains synthetic ingredients despite its all-natural positioning. A series of awkwardly-worded and unconventional press statements from Chairman and CEO Nick Caporella haven’t comforted investors. In a March 7 statement reporting fiscal third-quarter sales, for example, Caporella compared the LaCroix brand to a “handicapped” person under care. Net sales for the company declined -3% in the period, which ended Jan. 26, as profit declined -39%. “We are truly sorry for these results,” Caporella wrote. “Negligence nor mismanagement nor woeful acts of God were not the reasons—much of this was the result of injustice!” While the shares continued to decline this week, there was one potential sign of positive change. A March 13 release announcing a partnership with celebrity nutritionist and NBC Today Show contributor Joy Bauer was presented more traditionally, with a comment from the company’s spokeswoman instead of from Caporella. 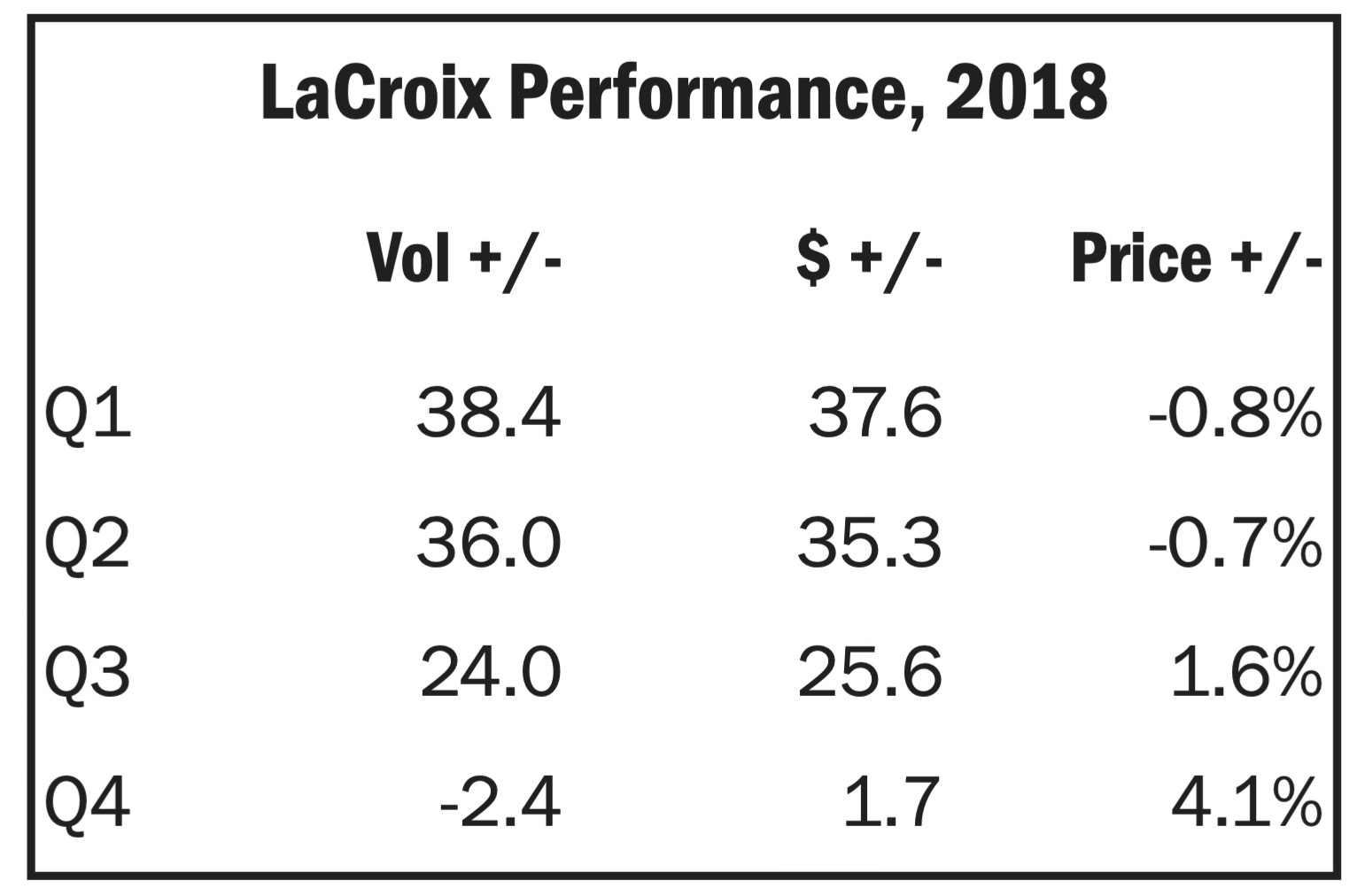