Carbonated soft drink (CSD) pricing accelerated meaningfully during the final month of the summer selling season, according to the most recent Nielsen retail data ending Aug. 28. The data was published by Goldman Sachs. Category pricing grew +9.1%, which was almost three points higher than the increase achieved during the corresponding 12-week period. As shown in the table with this story, Coca-Cola, PepsiCo and Keurig Dr Pepper all generated CSD pricing gains that accelerated during the 4-week period. The higher pricing helped offset volume declines for the category, as well as for all three major soft drink makers. (The retail data referenced covers the grocery, convenience, drug, dollar store, mass including Walmart, military, and club channels.)

ACCELERATED ENERGY PRICING BLUNTS GROWTH. Pricing growth for the energy drink category accelerated to +3.6% in the 4-week period, compared to +2.9% during the 12-week period. However, category volume and dollar sales growth decelerated, ending up at +7.8% and +11.7% respectively in the 4-week period. Monster Energy’s volume and dollar growth also decelerated, while Red Bull’s growth by those measures accelerated. PepsiCo’s energy portfolio, led by Rockstar, fell -9.3% by volume and -4.6% by dollars after +5.2% higher pricing, which outpaced the category. Volume and dollar sales for Bang Energy grew +7.8% and +6.8% respectively, as pricing fell -1.0%. 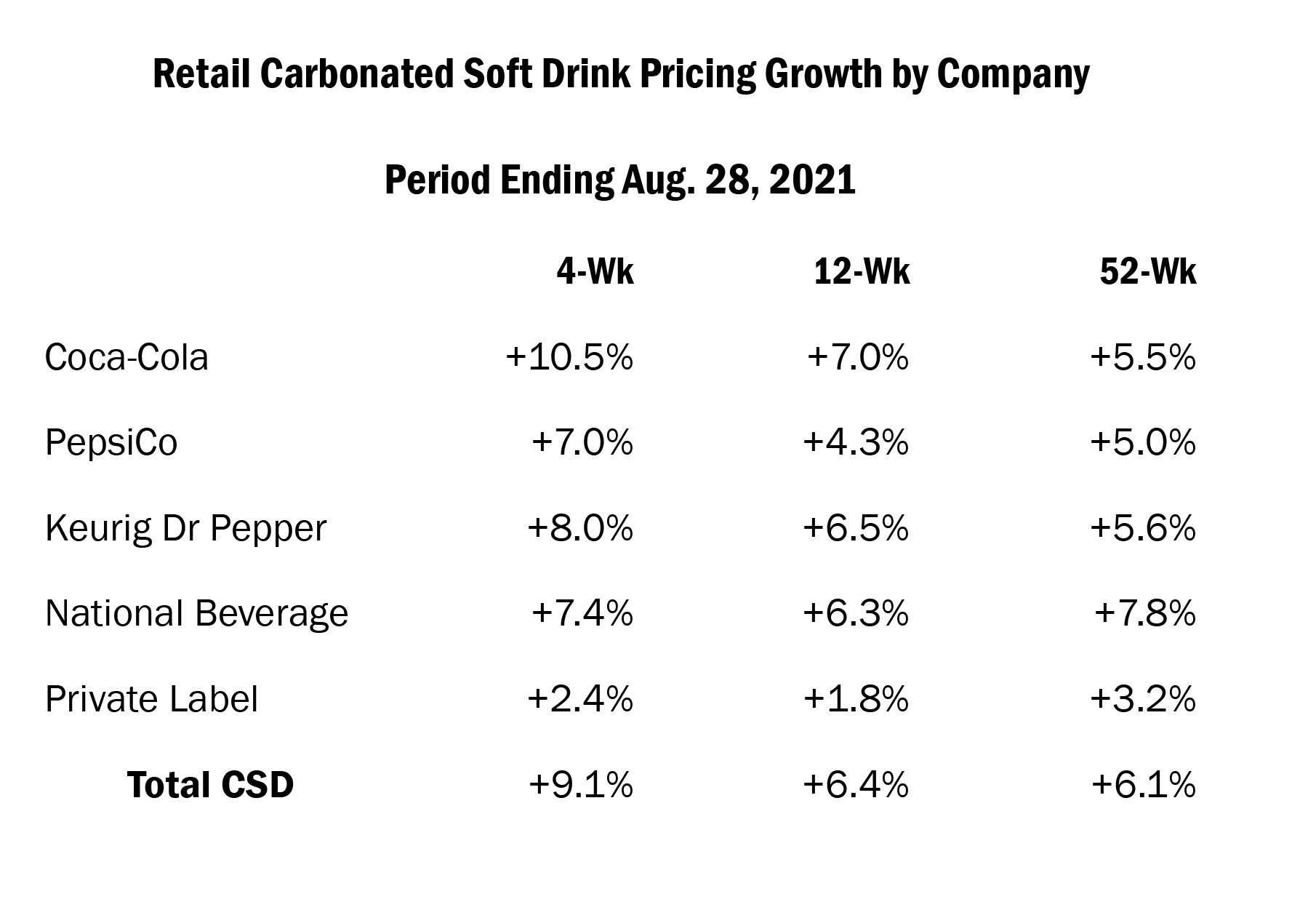