Coca-Cola named WPP to handle the company’s creative media, data, and marketing technology business. The news was first reported by AdAge. The decision followed an 11-month review of the company’s needs and possible suitors for the global marketing network partner role. According to AdAge, Coca-Cola ranks as the world’s 17th- largest global advertiser. WPP already works with PepsiCo is countries such as India, where a PepsiCo spokesperson told the Economic Times that the company was awaiting clarity on Coke’s partnership with WPP.

On Nov. 4, Monster Beverage reported a +13% increase in net sales during the third quarter despite supply challenges. The company’s Monster Energy segment, which includes Reign and True North Energy Seltzers, grew +14%. International sales grew +19%. In a statement, the company said it was unable “to fully satisfy increased demand for its products” in the United States, Europe, the Middle East, and Africa due to ongoing supply chain disruption. Aluminum can shortages in those regions also have continued, according to the company.

On Nov. 9, Coca-Cola Consolidated reported third-quarter net sales growth of +10%, helped by higher retail pricing on both still and carbonated beverages, the company said. “These pricing actions were taken to help offset increases to our major input costs including aluminum, PET resin and transportation costs,” according to a statement. Volume declined -0.6%, driven by an identical -0.6% decrease in packaged carbonated soft drinks and a -0.7% decline in packaged still beverages. Despite the decline, carbonated soft drink volume was seen as “outperforming the price elasticity historically associated with higher pricing,” the company stated. Meanwhile, dollar sales in the company’s fountain segment grew +26% in the quarter.

Walmart and its partner Gatik have begun driverless box truck deliveries from a fulfillment center along a fixed seven-mile loop to a Walmart grocery store in Bentonville, Arkansas, where Walmart is headquartered, according to the news site Engadget.

In a recent interview with CNBC, PepsiCo Chairman and CEO Ramon Laguarta said he expects a delivery of electric Tesla semi trucks by the end of this year. Tesla CEO Elon Musk has since urged his Twitter followers to “please don’t read too much” into Laguarta’s comment to CNBC, adding that Tesla is for now “constrained” by a short-term microchip supply shortage and the long-term need for longer-lasting batteries. 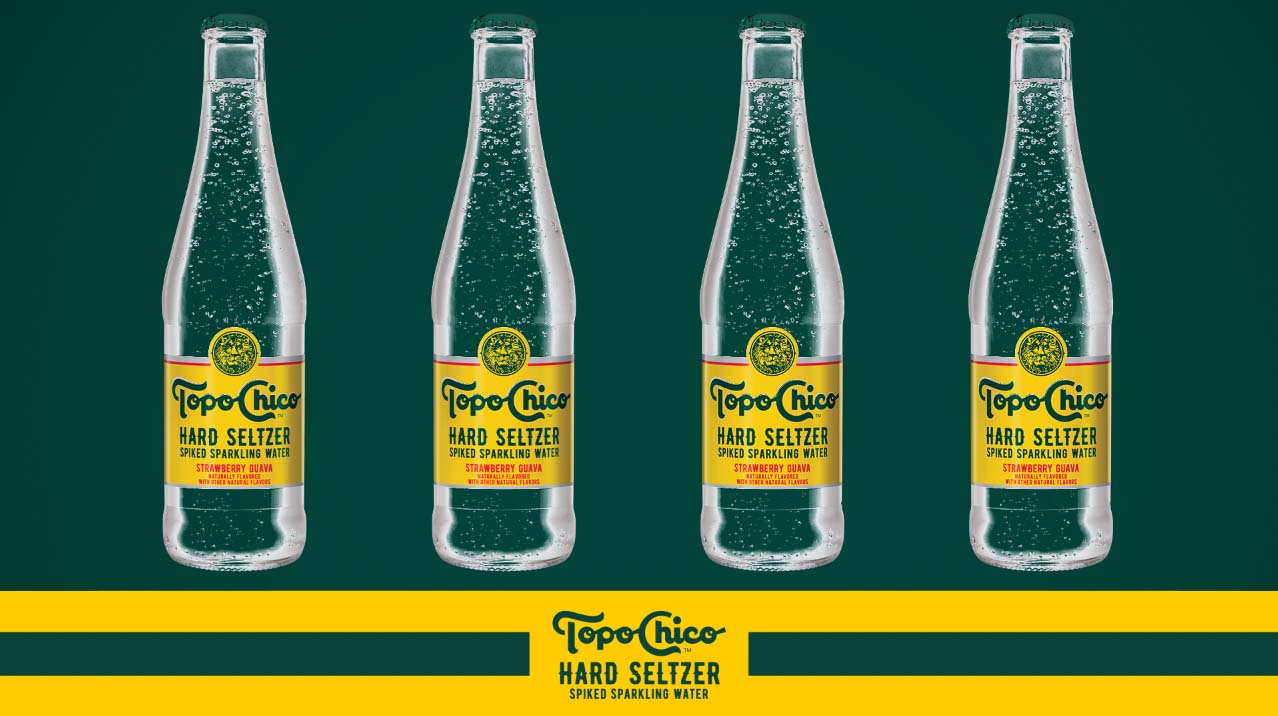 Molson Coors Beverage and Coca- Cola have introduced a glass bottle for Topo Chico Hard Seltzer in seven markets including California, Texas, and Chicago, according to Molson Coors. While the alcoholic drink is sold primarily in aluminum slim cans, the new glass package will be targeted to bars and restaurants, the brewer said. 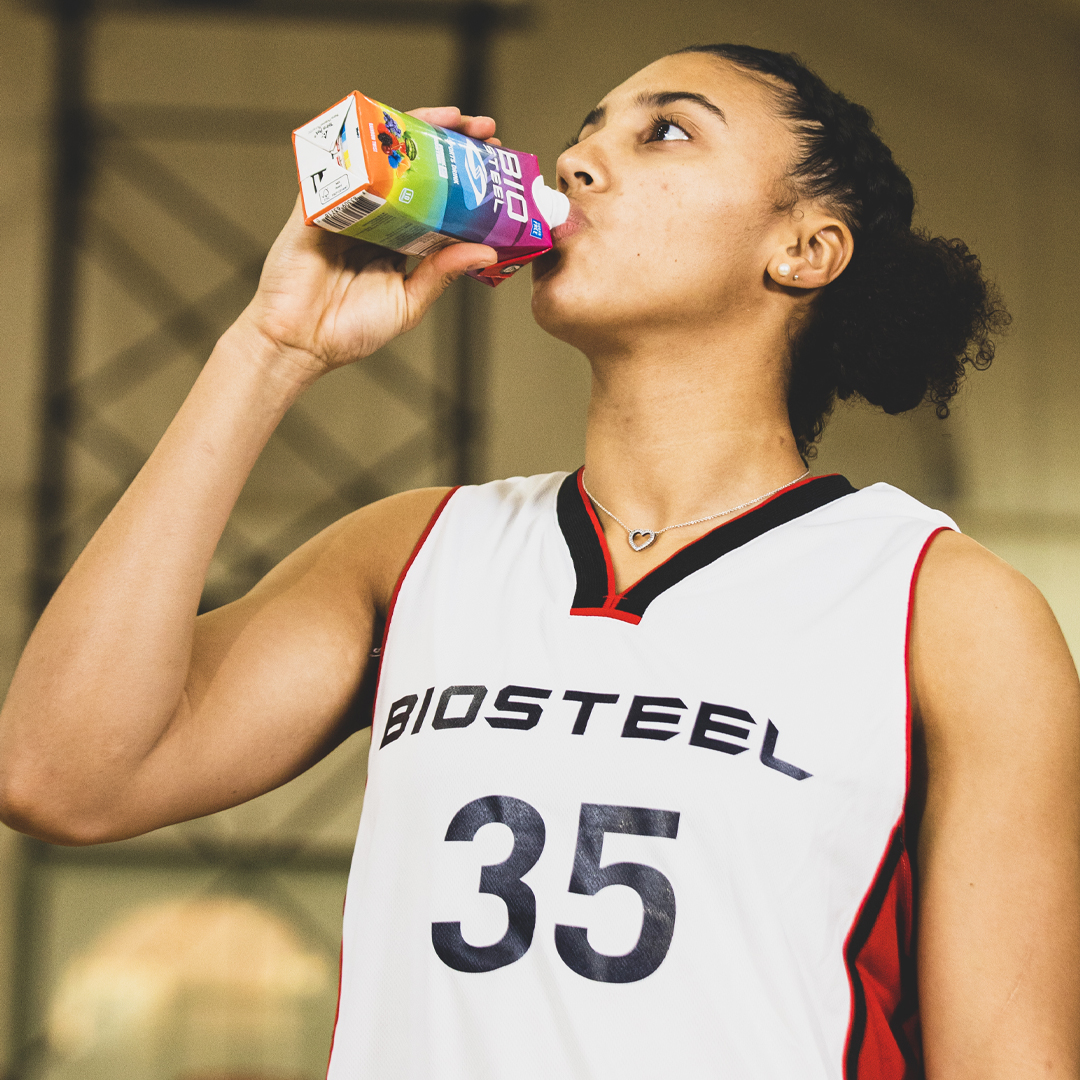 Cannabis producer Canopy Growth said sales of its BioSteel sports drink grew +47% in the company’s second quarter ended Sept. 30. The
company said the ramping up of US distribution for BioSteel will be slower-than-expected. “BioSteel is expected to accelerate in the second half of FY2022 but shipments may depend on timing of chain authorizations and associated shelf resets,” Canopy said in the company’s
second-quarter statement. “BioSteel is expected to see its distribution ramp up over the balance of FY2022 and into FY2023 driven by increased
listings with national and regional chain accounts.” Meanwhile, BioSteel announced this month that it signed a “name, image and likeness” deal with incoming college women’s basketball star Azzi Fudd, who will endorse the brand.

Boxed Water is Better has been named a Good Housekeeping 2021 Sustainable Innovation Award winner in the “Smarter, Healthier Food & Kitchen” category. Also awarded in that category was Beyond Burger by Beyond Meat, which signed a deal this year to develop alternative food and beverage products with PepsiCo. 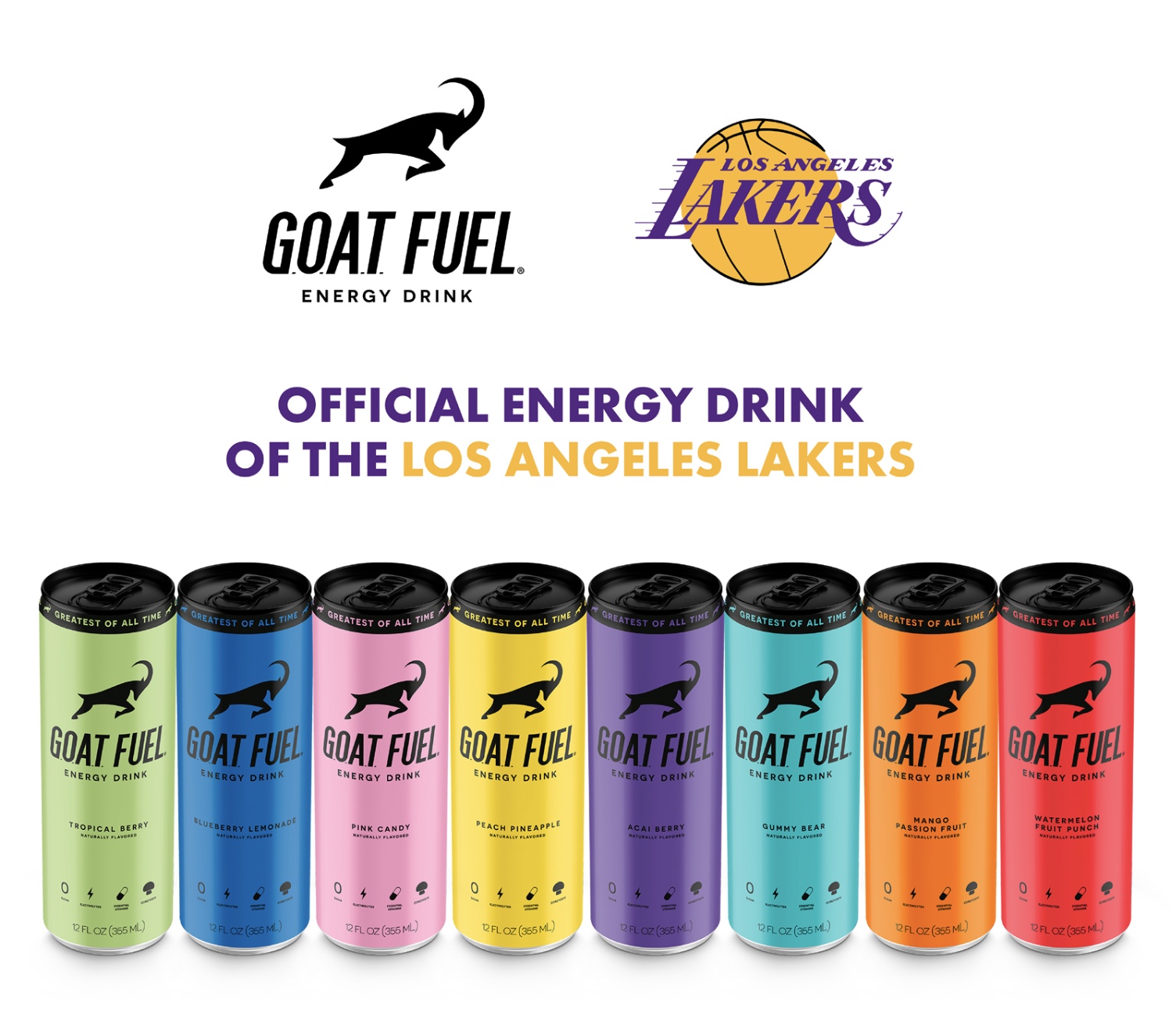 You may have heard about the recent introduction of a Tropicana toothpaste formulated to not clash with the taste of orange juice. It’s all part of the race by food and beverage brands to grab social media attention from young consumers who fancy an ironic spin on the culture. Here’s another: Arby’s, a Coca-Cola beverage partner, has released a $60 bottle of vodka infused with the flavor of the fast-food chain’s fries. One for Arby’s cayenne and paprika-dusted curly fries, and another for the chain’s salted crinkle fries. The limited time products go on sale tomorrow at arbysvodka.com. And, yes, the vodka is made from potatoes. 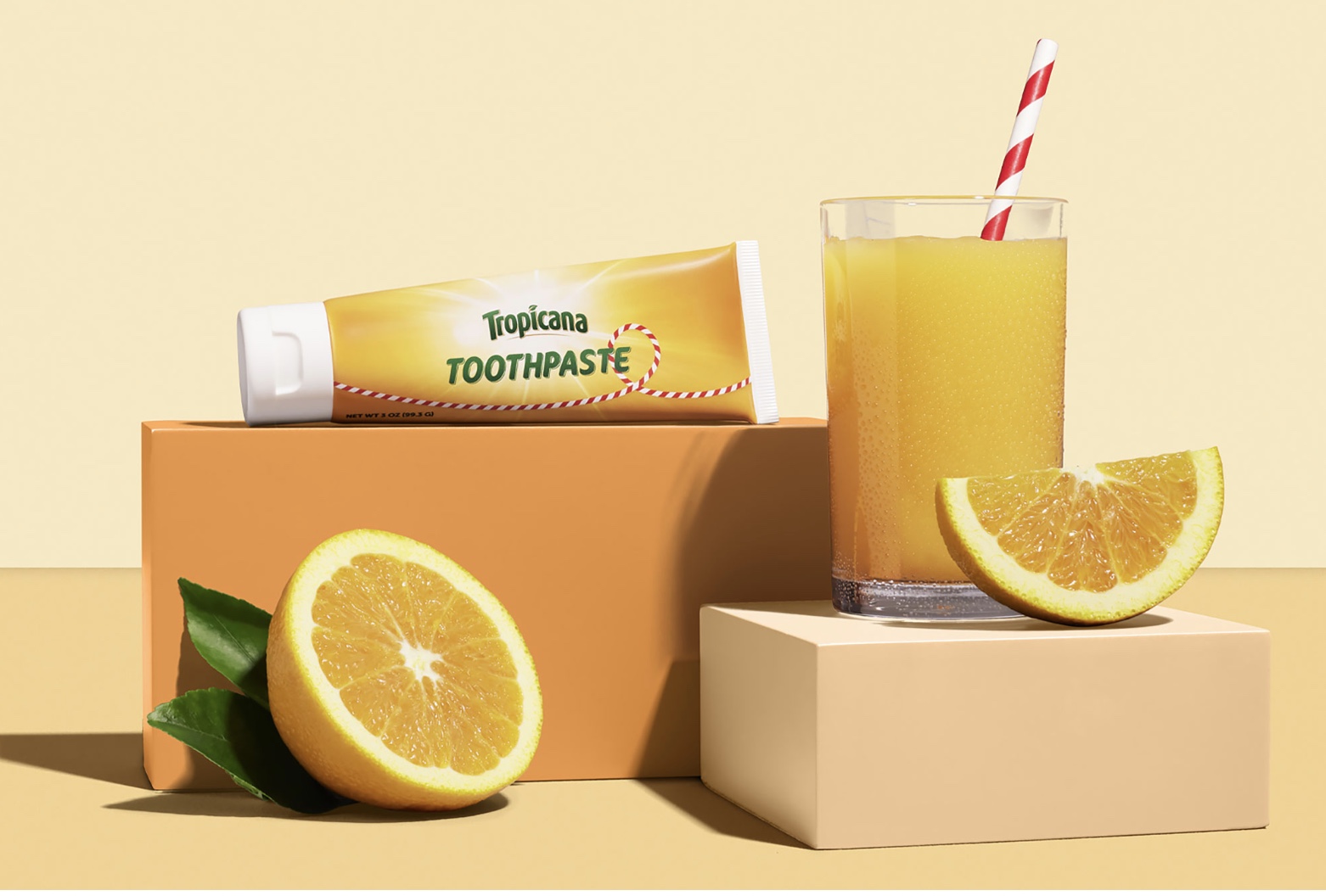 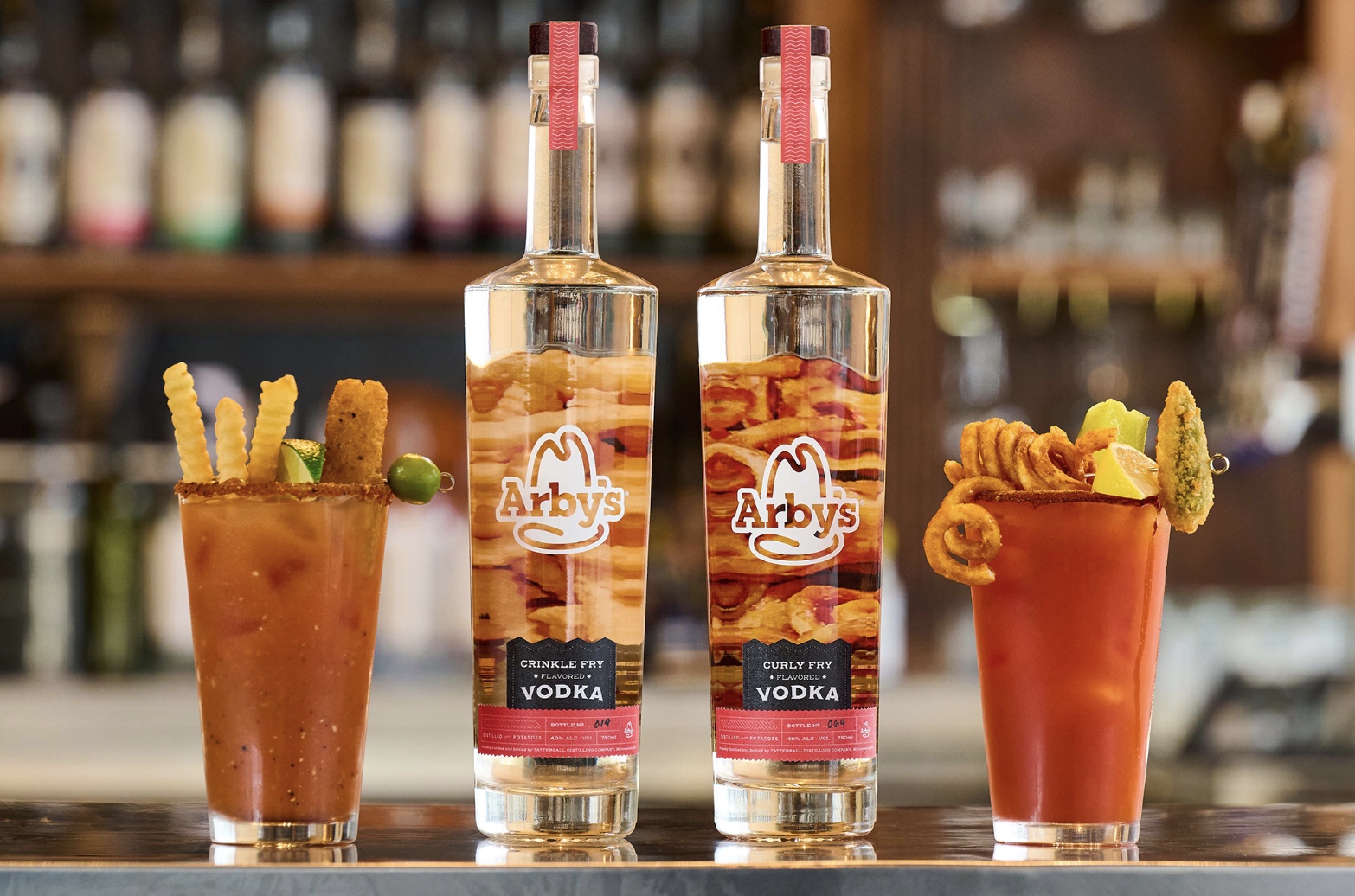