Zoa, the energy drink distributed by minority investor Molson Coors Beverage and backed by megastar actor Dwayne “The Rock” Johnson, looks to generate about $20 million in sales this year since the brand’s launch in March. According to data from both Nielsen and IRI provided independently to BD, Zoa reached sales of as much as $16 million year-to-date in measured retail channels as of Nov. 7. To put that sales level in context, PepsiCo’s Mtn Dew Energy Drink (formerly called “Rise”) posted measured retail sales of $92 million as of early September. Celsius posted sales of $177 million, and Bang Energy reached almost $1 billion at retail, also as of early September. Monster Beverage’s core Monster Energy brand hit $1.7 billion in sales.

CONVENIENCE THRUST. Zoa, which markets itself as a “natural energy” alternative with ingredients such as Camu Camu and Amino acids, sold about 433,000 192-oz cases this year as of early November. Sold in 16-oz cans in six flavors, the drink was available in 13% of convenience stores and 28% of food stores, according to Nielsen data. About 57% of Zoa’s sales came from the convenience channel, according to IRI data. Grocery was the next largest channel, with about half the sales of the convenience channel. 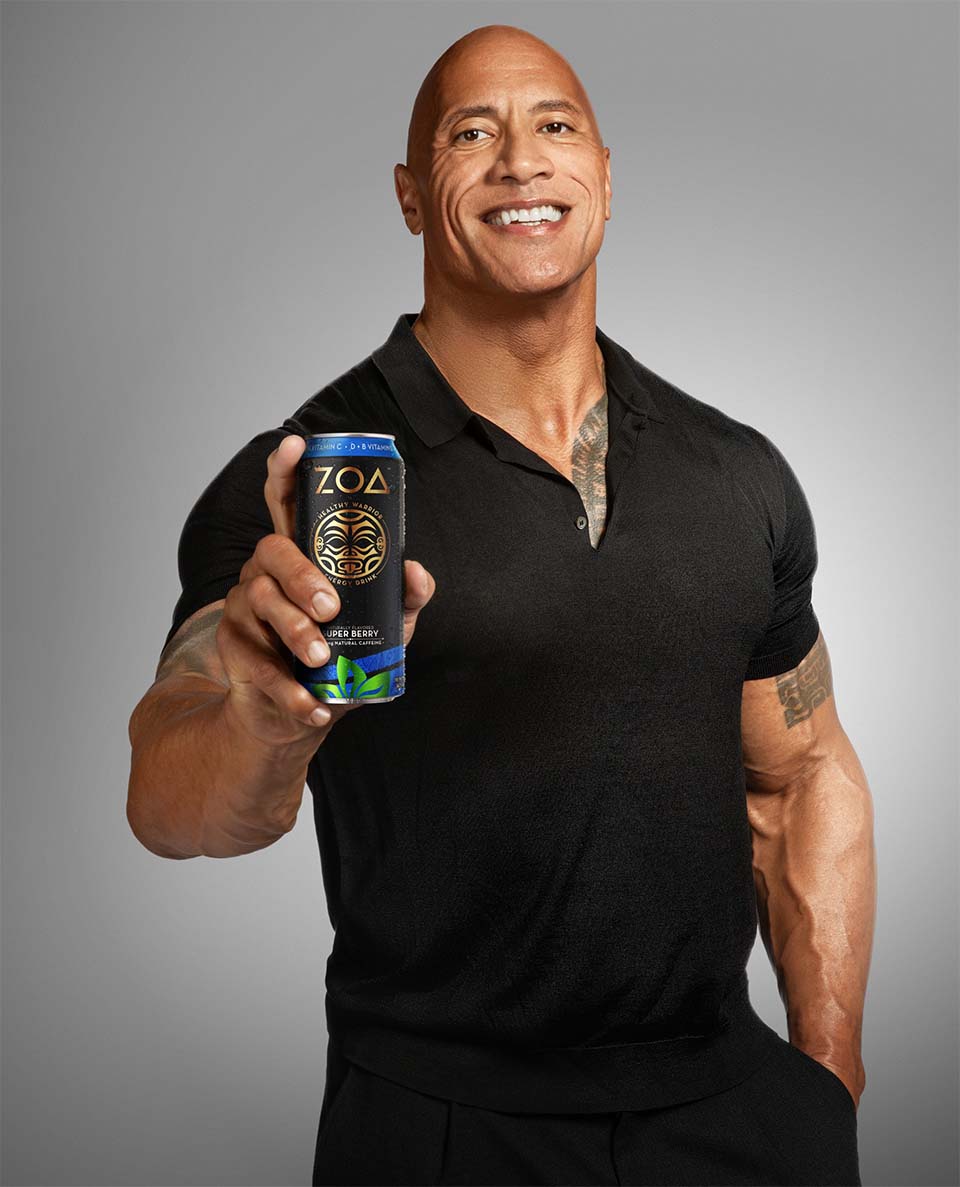 SOCIAL MEDIA POWER. Zoa is run by CEO Mike Pengue, a former Keurig Dr Pepper, Bai, and Nestlé Waters executive. Molson Coors developed the brand with LA Libations, Johnson, and other partners. At launch, Johnson’s social media firepower was seen as an advantage for the brand’s marketing. Johnson’s Instagram account was the fifth most followed on the platform as of mid-November, with 278 million followers. The top four accounts in order were Instagram itself, soccer star Cristiano Ronaldo, celebrity and entrepreneur Kylie Jenner, and soccer star Lionel Messi.