Inspire Brands-owned Dunkin’ has selected PepsiCo as the donut and coffee chain’s new beverage provider in the US, BD has learned. Dunkin’ operates almost 9,500 locations in the US. The chain serves chilled soft drinks and other beverages in bottles and cans, rather than fountain drinks. The business has been with Coca-Cola since 2012, when Coke won the contract and replaced PepsiCo. A Coca-Cola spokeswoman confirmed the change and said, “We wish our friends at Dunkin’ restaurants the best of luck in the future and thank them for their partnership.” A representative from PepsiCo declined to comment and Dunkin’ did not return an email seeking details. PepsiCo takes over the account in January 2023 and Coke will remain in the restaurants until then, according to a source. Commissary-style delivery is likely to be a key component of PepsiCo’s distribution strategy for the chain. Atlanta- based Inspire Brands, which owns restaurant chains including Arby’s, Buffalo Wild Wings, and Sonic Drive-In, acquiredDunkin’ Brands Group, including Baskin-Robbins, in late 2020 for $11.3 billion. 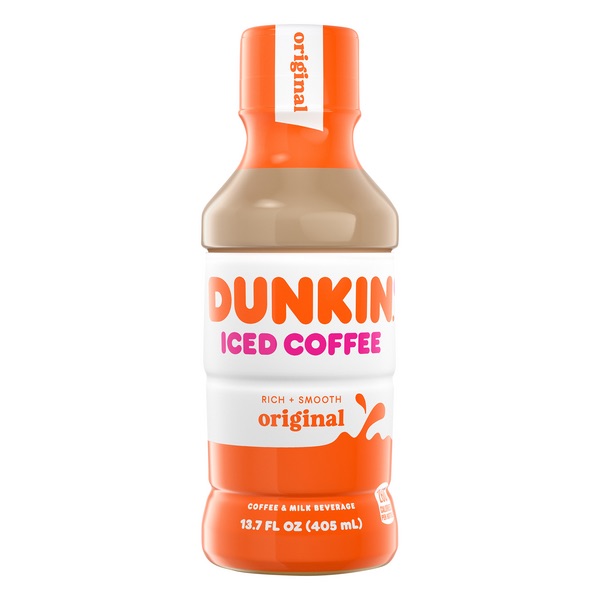 BOTTLED DUNKIN ICED COFFEE. The ready-to-drink Dunkin’ Iced Coffee collaboration with Coca-Cola is handled under a separate licensing and operating deal. Coca-Cola will continue to produce and distribute the product, which has wide retail distribution. (BD notes that Dunkin’ is unlikely to want PepsiCo’s Starbucks bottled coffees in their restaurants.) According to a source, Coca-Cola remains committed to the Dunkin’ RTD coffee product as part of the company’s overall coffee strategy.