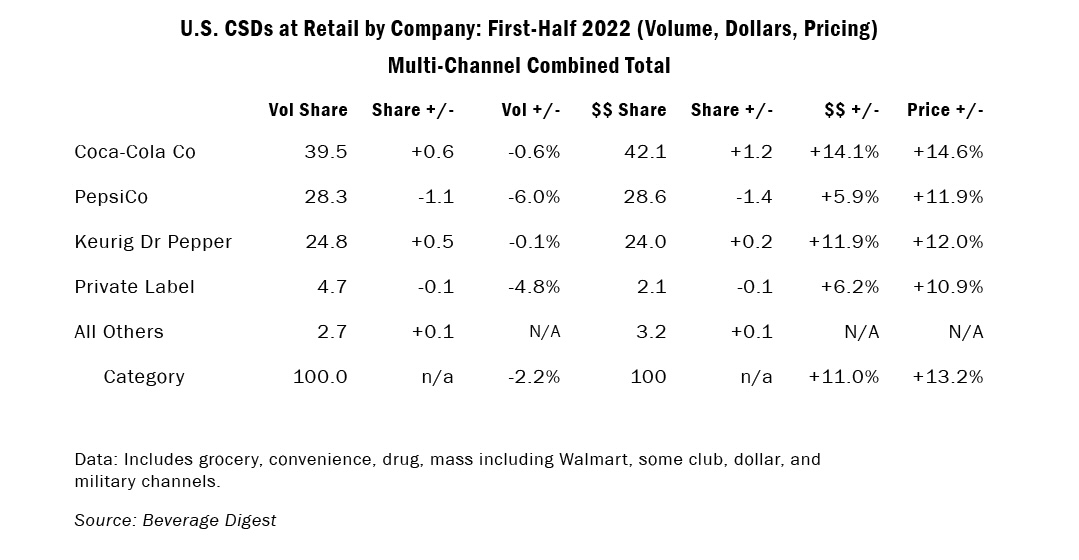 C-STORE CHANNEL WEATHERS HIGHER GAS PRICING. In convenience stores, higher CSD pricing did not depress dollar sales, which were up +5.8% for the six-month period, as shown in the Green Sheet with this newsletter. That increase represented an acceleration from the +4.7% gain during the first quarter of 2022. What’s more, the category volume decline of -4.4% in the first six months of 2022 represented a deceleration from the -5.8% decline during the first quarter. Average per-gallon gasoline prices during the first six months of this year skyrocketed by +47%, raising a concern that consumers might spend less for beverages in the convenience/gas channel to better afford fuel or because they were driving less and therefore making fewer trips to refuel. In the convenience channel, Coca-Cola outperformed the category by dollars and volume.

2-LITER FALLS OFF THE SHELF. While CSD consumers continued to spend on 12-oz cans at a rate that outpaces the category, they bought fewer 2-liter bottles during the first half of this year at retail (not shown in table or Green Sheet). Volume sales for the package declined by about -10.0%, compared with a -2.2% category decline. A +1.5% increase in dollar sales fell well below the +11.0% category gain. Dollar sales for 12-oz cans rose almost +15.0% and single-serve packages, including 20-oz bottles, were up more than +7.0%. 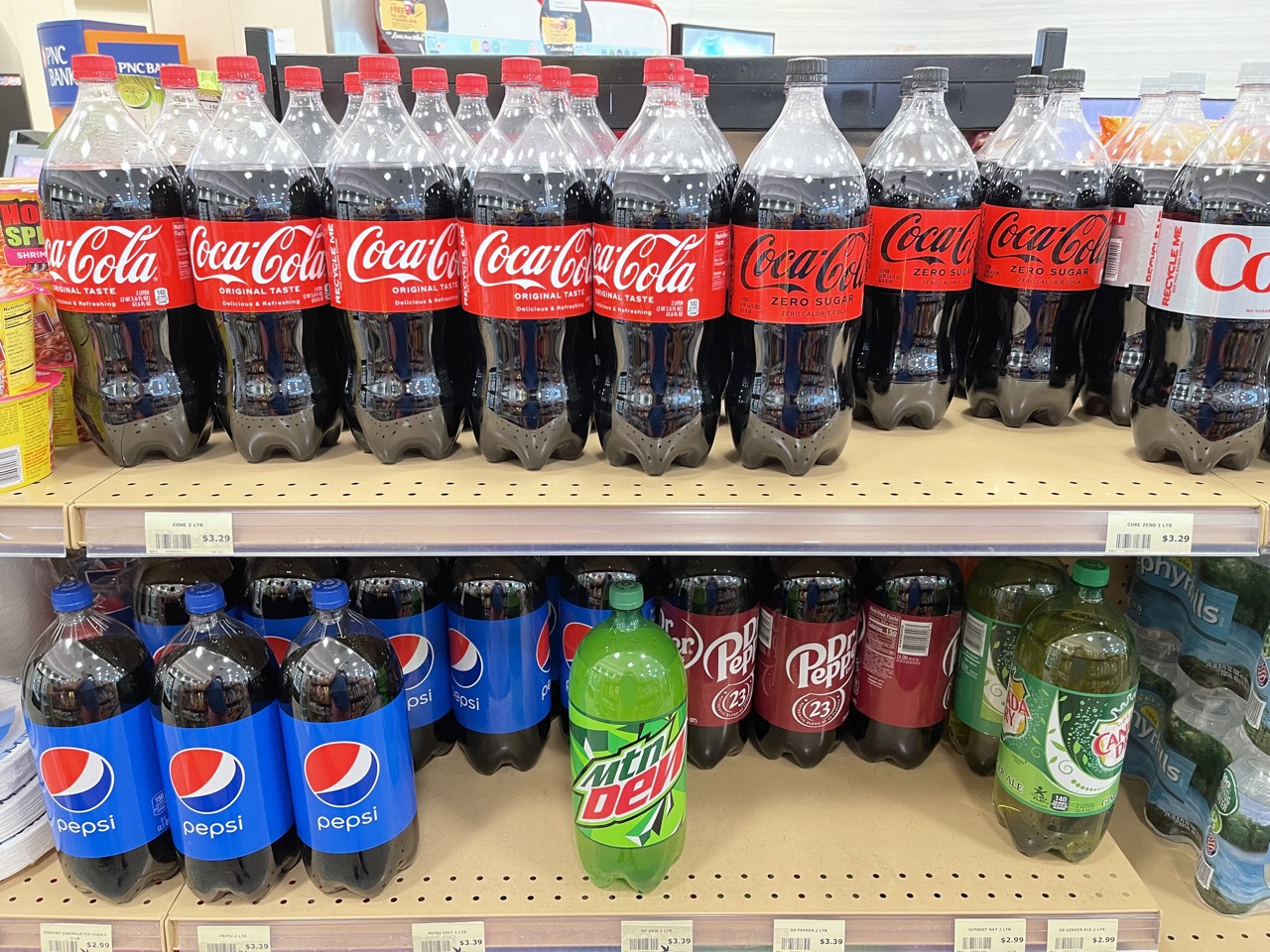 PRIVATE LABEL STEADY. As shown in the table, dollar sales for private label sodas grew +6.2% at retail during the first six months of this year, which was slightly higher than PepsiCo’s gain. Pricing jumped almost +11.0%, which drove down volume by -4.8%. Private label’s share of the CSD category was little changed. More recent retail data revealed that private label CSD growth is starting to outperform the category in dollar and volume sales.

BRANDS. The top-10 CSD brands all grew dollar sales during the first half of 2022, as shown in the Green Sheet included with this newsletter. Sprite and Coca-Cola Zero far outpaced the CSD category on a dollar growth basis. Both gained dollar share of the category. On a volume basis, Sprite and Coca-Cola Zero Sugar were the only top-10 brand to grow sales. Dr Pepper also was a strong performer, nearly matching the +11.0% dollar growth for the CSD category while posting volume sales that declined at a slower rate than the category.

DATA. Quarterly, BD tracks multi-channel soda sales at retail from two data sets. This does not include the fountain channel (see Fact Book, 27th Edition for all-channel results, including fountain, for 2021). The data are combined to present a cumulative snapshot of the industry. The data cover supermarkets, c-stores, drug chains, mass merchandisers including Walmart, some dollar/club stores, and the military channel. The table within this story shows volume, dollar and pricing metrics by company from the combined data set for the period covered. The Green Sheet that accompanies this newsletter shows corporate and top-10 brand shares for the combined data sets, plus breakouts for major channels.