BD caught up with former Coca-Cola sales executive Jim Brennan a month after he was hired full-time by startup beverage brand Lemon Perfect. Brennan has served as an advisor to the Atlanta-based company’s Founder and CEO Yanni Hufnagel since early 2021, helping open doors at key retailers including Kroger, Costco, and Safeway. That requires meetings with retailers and other hands-on work, and as Brennan was pulled deeper into the day-to-day of the growing business, it made sense to commit fully, he said. “I’ve always wanted to jump in with a small brand and try to scale it,” Brennan said. “Yanni and I hit it off from the first day we met, and we just work well together.” Lemon Perfect is a flavored cold-pressed antioxidant lemon water sweetened with erythritol and stevia. Recently named president and chief revenue officer, Brennan’s focus will include package diversification, revenue growth management precision, direct store delivery (DSD) build-out, and channel expansion, including in the convenience channel, he told BD. Brennan spent 31 years with the Coca-Cola system in various sales roles before retiring in late 2020.

ON TARGET. Brennan confirmed that Lemon Perfect is on track to hit or exceed $60 million in retail revenue this year, as Hufnagel forecast earlier this year in an interview with BD. The brand will reach 40,000 to 50,000 points of availability this year, as well, up from about 17,000 doors at the end of 2021.

CHANNEL/PACKAGING STRATEGY. In May, Lemon Perfect began distributing a new 12-count variety pack for retailers looking to drive a larger transaction size. With four flavors, the pack also drives trial on multiple flavors at once, Brennan said. “We’re seeing great repeat numbers from people that try the brand,” he added. Lemon Perfect, now in 12-oz slender bottles, is developing a 15.2-oz bottle for a planned 2023 push into the convenience retail channel. “We’re building out those plans as we speak,” he said. The brand’s current c-store footprint, by way of the company’s DSD partners, includes some 7-Eleven regions, QuickChek in New Jersey, Kum & Go in Iowa, and some QuikTrip regions, according to Brennan. “As far as full scale, and really going after it, we’ve kind of held back some,” he said. Foodservice is another area of focus for Brennan, who is expanding Lemon Perfect’s sales team and plans to devote attention to places like airports, hospitals, and transportation hubs. 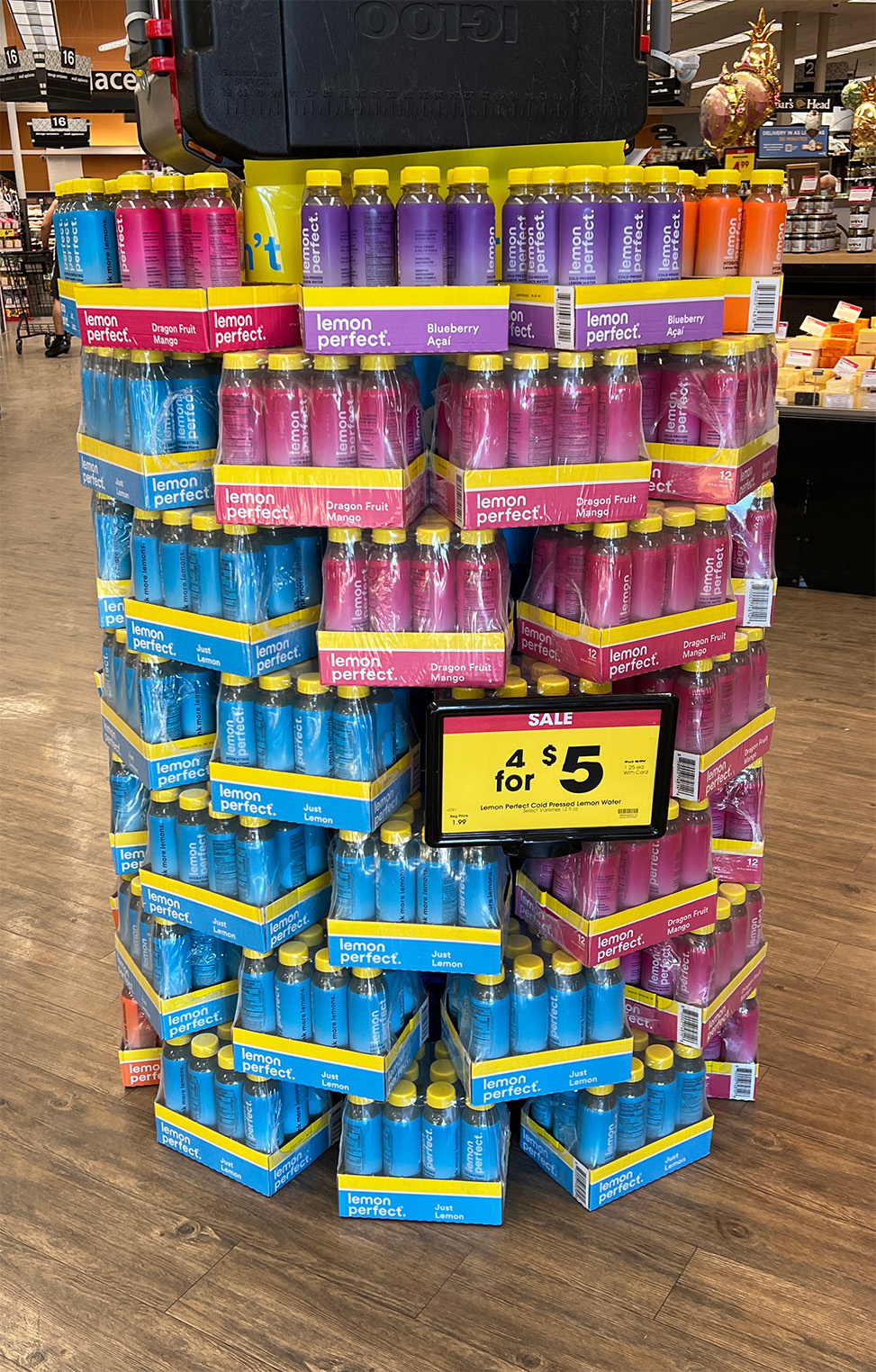 INFLATION. So far, the company has held the line on its $1.99 price point in the large format channel for its 12-oz bottle, despite escalating costs to produce, package, and distribute products. A recent $31 million funding round will help offset the higher costs while the two-year-old brand seeds the market. “We’ve been able to stay fairly consistent,” Brennan said. “But we won’t be immune to price increases, like anyone else.” The brand sells for about $2.29 per bottle in convenience retail and small stores.

PERSPECTIVE: COKE INTEREST? In BD’s estimation, it would not be unreasonable to assume that Lemon Perfect envisions a possible equity deal and distribution agreement with Coca-Cola one day, assuming Lemon Perfect can create adequate scale and show long-term potential. The company now has a full-time ex-Coke sales expert in Brennan to help create such promise. While it’s unlikely the company relocated from California to Atlanta in 2021 just to be close to Coca-Cola headquarters, the two companies are 1.2 miles apart. When asked about such a prospect, Brennan said the companies “haven’t really had any dialogue yet.”