Beverage company share prices tracked by BD rallied in the first few months of 2019 through mid-April, as the broader stock market also improved. Coke Consolidated posted a +66.2% increase (table right), rebounding from an almost -18% decline in 2018 that had been driven in part by higher costs for materials and transportation. PepsiCo closed at an all-time high on April 17 following a solid earnings report. AB InBev also moved higher following a -41% decline in 2018. Other BD-tracked companies that outpaced the Dow include Dunkin’ Brands and Starbucks. Coca-Cola posted a slight decline in the period amid a cautious full-year earnings forecast for 2019. National Beverage, which lost - 26% of its share value last year, added another double-digit decline of almost -24% this year.

Retailers. Retailers also saw value increases in 2019, with four of BD’s tracked companies posting gains that exceeded +20%. Amazon followed up a 2018 gain (+28%) with another double-digit increase of about +24%. Target, UNFI and Costco all outpaced the Dow’s growth. Walgreen Boots Alliance suffered a nearly -20% decline, while Kroger and Sprout’s Farmers Market also declined. 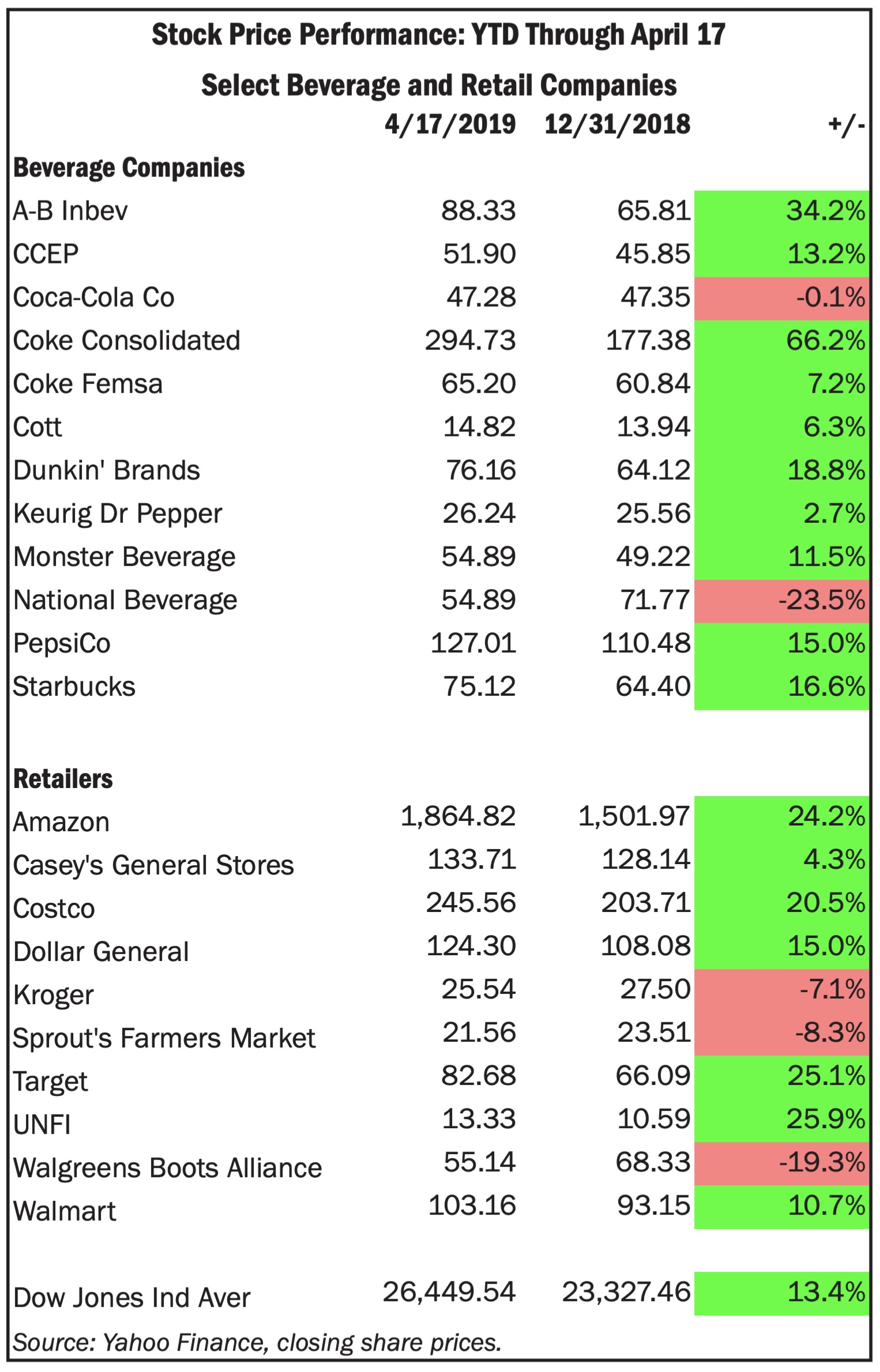