Coca-Cola and PepsiCo reported mostly volume gains in various global markets for the first half of 2022. The table below shows volume performance for selected markets as reported by the public beverage companies in their respective annual regulatory filings.

COCA-COLA. For Coca-Cola, the company’s Greater China & Mongolia unit was the only reported market to post a decline, following an +11% gain in 2021. The region represents about 42% of unit case volume for Coke’s Asia Pacific segment, which grew +8% in the first half of 2022. However, the Asia Pacific growth represented a deceleration for the segment following the decline in Greater China & Mongolia. “Performance in China was under pressure, driven by COVID lockdowns,” Coca-Cola CEO James Quincey said in second- quarter earnings call for investors. “Volume was down for all months in the quarter, but the team persevered through a challenging environment, and recovery began in June as most restrictions started to lift.” Coca-Cola’s Europe, Middle East & Africa operating segment, which includes Russia, grew +9% during the first half of 2022, matching the growth for 2021. Declines in Russia, where Coke suspended operations in March after Russia’s invasion of Ukraine, appear to have been offset elsewhere in the reporting unit.

PEPSICO. PepsiCo reported declines only in Germany and Russia for the first half of 2022. The Germany slide was deeper than that reported for full-year 2021. Russia turned from a double-digit percentage increase for 2021 to a double-digit percentage decrease for the first half of this year after PepsiCo suspended operations in the region in response to the invasion of Ukraine. 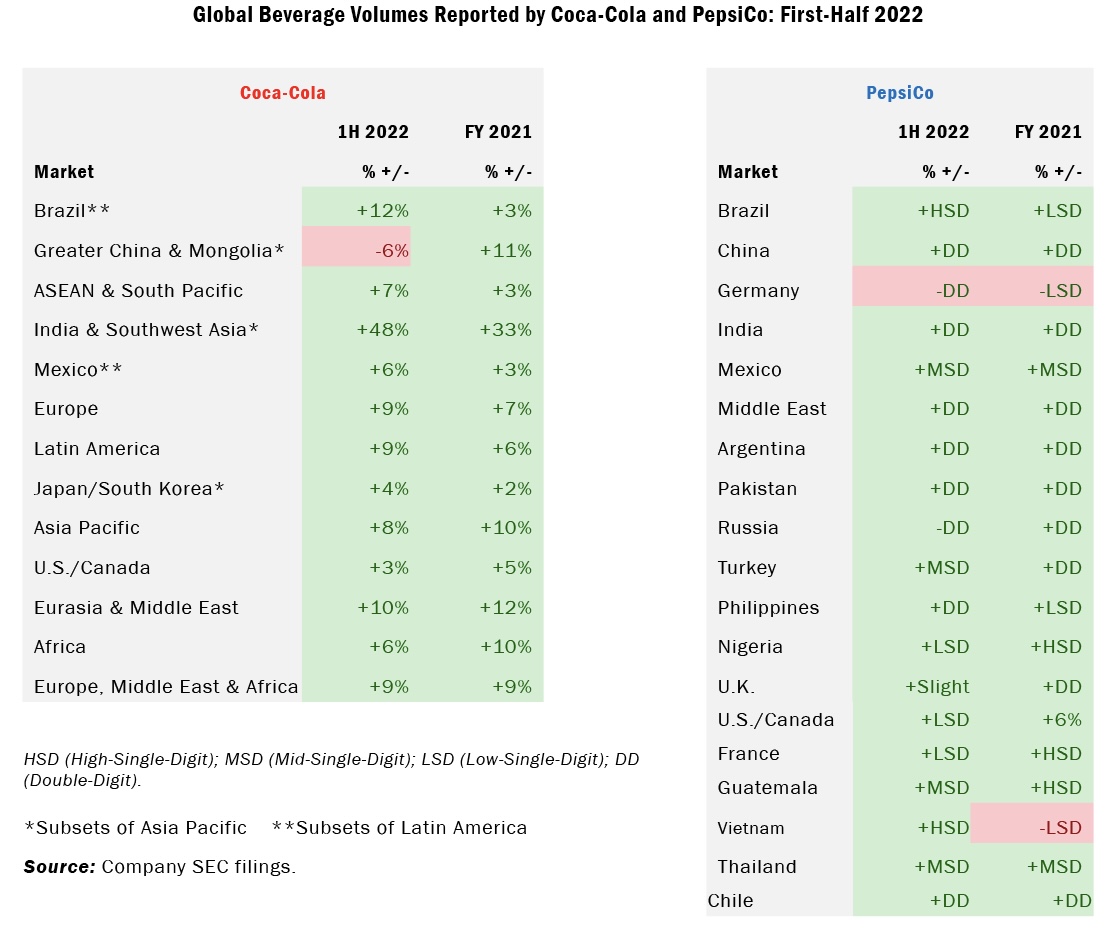