PepsiCo now sees full-year 2022 organic revenue growth of +12% (versus +10% forecast previously), the company said during a third-quarter earnings report on Oct. 12. Organic revenue for Pepsi Beverages North America jumped +13% during the quarter after a +1.0% volume gain and +12.0% higher net pricing. Full company organic revenue grew +16%. During a conference call for investors, PepsiCo CFO Hugh Johnston said the transition of performance energy drink Celsius to PBNA’s distribution network was 80% complete. He added that the transition was “off to a terrific start.”

In an Oct. 14 story, the Economist said, “Consumers are becoming more price sensitive again.” The article cited recent Walmart comments that consumers are switching from deli meats to less-expensive hot dogs, and from gallon jugs of milk to half gallons. At Best Buy, sales of private label TVs are gaining ground on name brand TVs, the article stated. Still, US consumers, flush with savings after pandemic-related government stimulus payments, recently spent +1.8% more than they did a year ago, even after adjusting for inflation, the Economist said, citing a Bureau of Economic Analysis report last month. 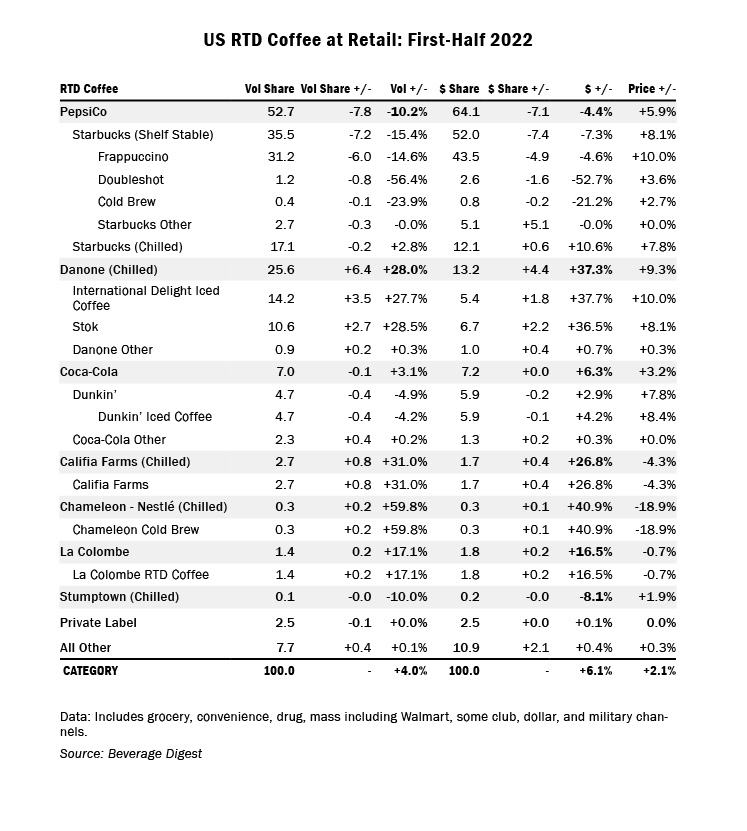 The US ready-to-drink coffee market at retail grew +6.1% by dollars during the first half of this year. As shown in the table below, the category growth came on a +4.0% volume gain and +2.1% higher pricing. PepsiCo’s Starbucks line, which has been challenged by supply shortages, declined and lost share.

Chick-fil-A, Starbucks, Chipotle, McDonald’s, and Olive Garden are the top five restaurant chains favored by Gen Z teens, according to a survey by investment bank Piper Sandler. Chick-fil-A, McDonald’s, and Olive Garden serve Coca-Cola products. Chipotle serves Mexican Coke and Sprite, Tractor Beverages (now distributed and minority-owned by Keurig Dr Pepper), and Izze sodas (Tropicana Brands Group, minority-owned by PepsiCo). Starbucks serves various ready-to-drink beverages, including from PepsiCo, Coca-Cola, and Spindrift. Separately, research by Morning Consult ranked Gen Z’s favorite brands. PepsiCo’s Gatorade was No. 11, Coca-Cola’s Sprite ranked No. 15, and CapriSun was No. 17. PepsiCo’s Doritos grabbed the No. 8 spot. YouTube was No. 1, while Apple was No. 20. No cola or energy drink was in the top-20. (BD will host a panel with Gen Z consumers during Future Smarts on Dec. 5. Register HERE).

Hoist announced on social media that the brand has been moved to the sports drink shelf at Kroger. 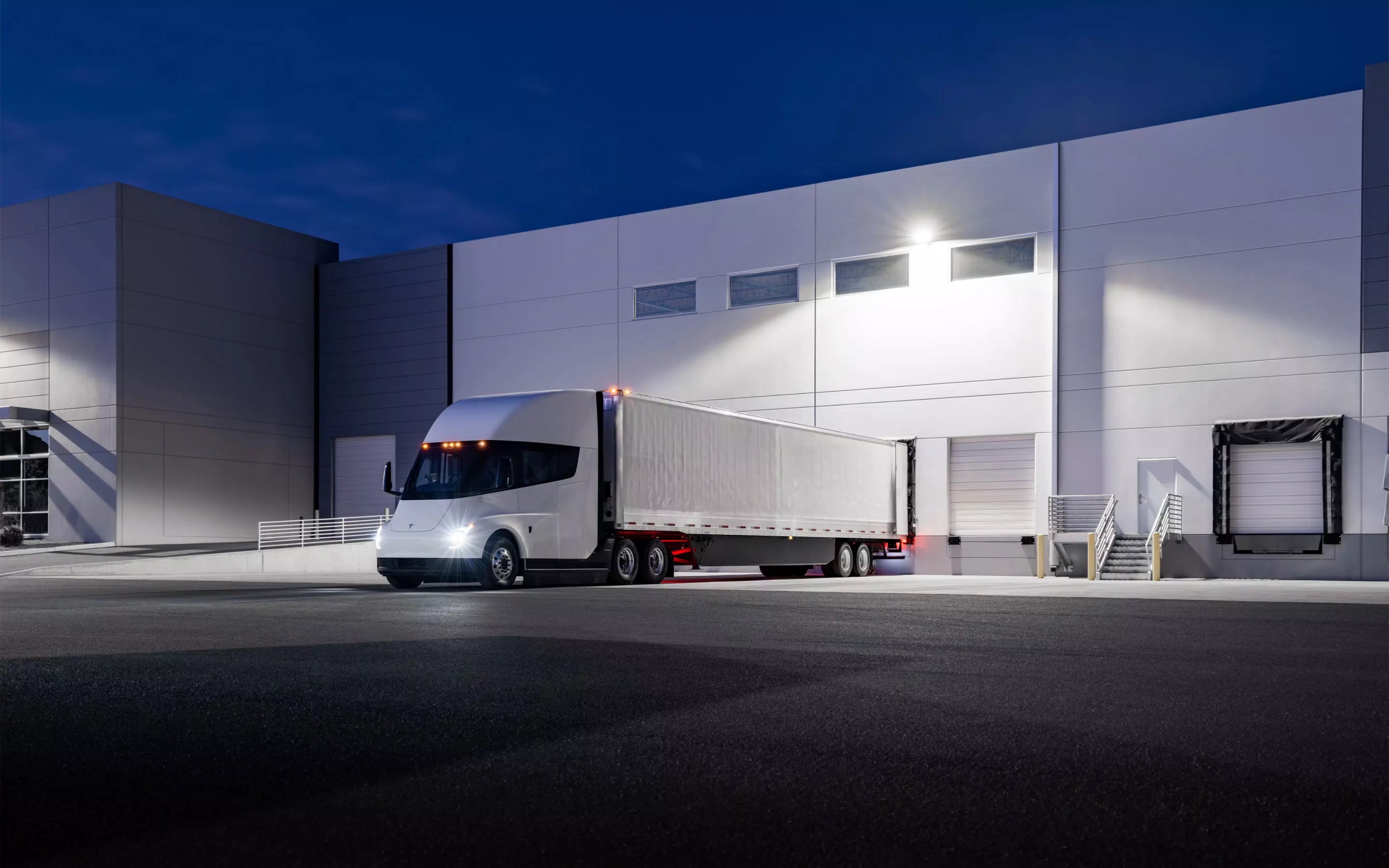 PepsiCo has confirmed to BD that the company will get its first delivery of Tesla Semi electric tractor-trailer trucks in December. PepsiCo reserved 100 trucks in 2017. Production was later delayed. Tesla CEO Elon Musk recently tweeted about the delivery.