Refresco, the European contract packer that bought Cott’s North American soft drink operations in 2018, has expanded again with an acquisition in the US Southwest. Refresco agreed to buy Arizona-based Azpack, which includes a 240,000-sq-ft filling plant and warehouse that can produce more than 400,000 bottles and 1 million cans daily. The plant will fill a “specialist” role for Refresco because of its ability to handle large and small runs, provide a high degree of packaging flexibility, and manage complexity, Refresco CEO Hans Roelofs (pictured) told BD in an interview. “If you look at the actual trends in the market, it’s more diversification, more innovation, more sugar free products, and sustainability questions to be attacked,” he said. ”Diversity means small runs and bigger complexity and also more added value.”

Buying Spree. The Azpack acquisition is among a run of deals Refresco has announced since September. They are a Coca-Cola European Partners plant in the UK; Two PepsiCo factories in Spain; and three Britvic plants in France. (Details of the deals can be found HERE.) “Brands are having a nice trend of rightsizing their business and spinning off part of their assets, and then we’re asked to be there to take care of their supply chain,” Roelofs said. “Refresco’s been built from 31 different acquisitions, and if you look at the last six or seven, they are almost all linked to us taking over assets from branded players.” 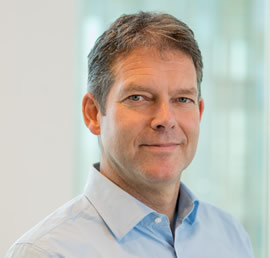 Coverage. While Refresco’s two dozen US plants currently reach nearly 100% of the country’s population, there is room to optimize the system, Roelofs said. Population growth in states such as Florida and Texas, and on the West Coast has created more manufacturing demand beyond the powerhouse northeast, he said. “So what you see us doing and what you’re most likely seeing some other people doing as well is kind of rebalancing that capacity a little bit,” said Roelofs. The CEO also sees opportunity to expand the company’s US share beyond the 3% to 4% it currently holds. In Europe, Refresco’s share is closer to 12%, he pointed out for comparison. Turning to Canada Roelofs said Refresco still needs to boost its juice capacity in Canada.

Cans. Azpack also boosts Refresco’s can-filling capacity and flexibility at a time when plastic packaging is under pressure and the use of aluminum cans in alcohol and non-alcoholic drinks is rising, according to Roelofs. “Cans will be used by a lot of smaller formats, a lot of smaller companies, and a lot of new innovations that you’ll see popping up in the market,” he said.

Plastic Waste. While Roelofs defended the plastic bottle as a “valid” package, he said industry should back a combination of bottle deposit schemes and infrastructure improvements to reduce plastic waste and respond to consumer concerns over the issue. “PET is a very valuable component in our industry,” he said. “We have to reduce the amount plastic that we produce and recycled PET that we use.”