Coke CEO James Quincey joined Future Smarts after a visit that morning to the New York Stock Exchange, where he and other executives celebrated Coca-Cola’s 100th anniversary as a public company by ringing the opening bell. Quincey now is in his third year as CEO of Coke. He was additionally named chairman of the board in April. Quincey joined Coke in 1996 and has spent the majority of his career in Latin America and then Europe before becoming COO under former CEO Muhtar Kent in August of 2015. Quincey’s focus as CEO has been to grow brand Coke while diversifying the company’s portfolio to everything from coffee drinks to plant-based offerings. Early this year, he closed on the acquisition of UK-based Costa Coffee, a chain of cafés stretching across Europe. Since then, Quincey’s tenure has been marked by the launch of a Costa-branded readyto- drink coffee and a Coke-branded energy drink.

Total Beverage Company. When asked if he’s happy with progress to become a total beverage company, Quincey (pictured) said he’s pleased that brand Coke has accelerated momentum and is “growing at about the fastest rate in the last 10 years.” He added that the company also is making progress in the rest of the portfolio. “Because the total beverage strategy is not just a question of doing more stuff, it’s also about revitalizing and making relevant again the great brands we have,” Quincey said, before adding a word of caution. “We may be great on average in the world, but we can do a lot better in a number of categories,” he said. “There’s a lot more work over here in the rest of the portfolio to do justice to the strategy in the long-term.”

Red Line? Quincey’s tenure has been notable in part for his willingness to extend the Coca-Cola brand into energy and coffee. He’s also experimented with a 100% stevia sweetened Coca-Cola in New Zealand and Canada, and a lower-sugar flagship Coke using Sucralose in Mexico. So how far is he willing to go? “It’s not anything goes,” he said, adding however that he’ll also never say never. “I don’t rule out anything,” Quincey said. “If you can come up with an idea that is super consistent with the brand idea, and you can explain why it should be and why it’s a good idea, then we can consider it.” 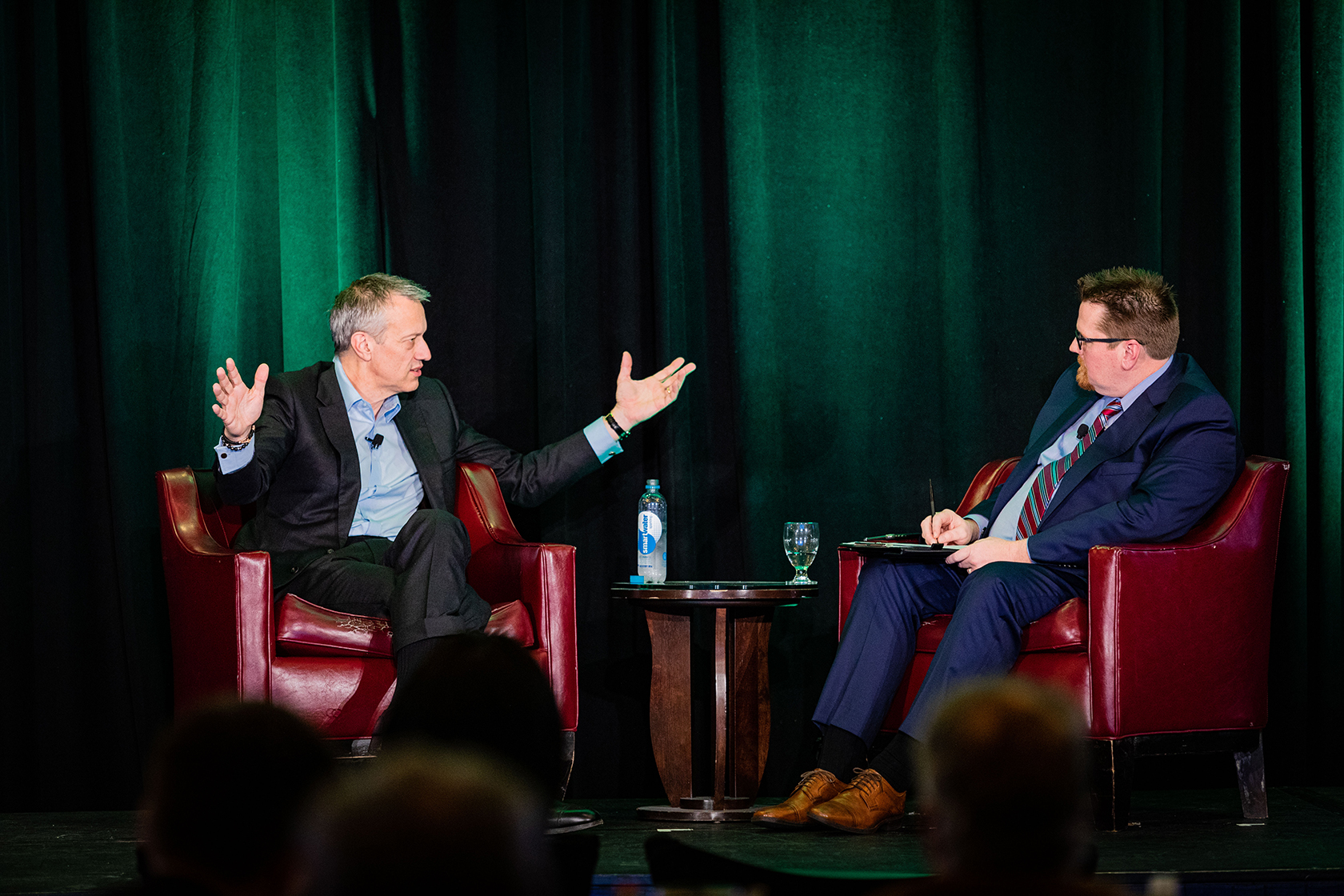 FEMSA. Quincey said the company’s relationship with Coca-Cola Femsa is “good and strong,” dismissing questions on the subject raised by investment analysts. “They’re in a tough part of the world, but they’re focused on execution, and I think it’s going to be good,” he said.

Coffee. Quincey said the new Costa branded ready-to-drink coffee launched this year in UK has done “much better than expected, even though expectations were good.” In the US, the company hasn’t “necessarily had the right portfolio,” Quincey said. As for the RTD coffee category as a whole, Quincey said that while the global category remains small, “it’s going to grow rapidly.” He added: “Coffee as an ingredient is clearly on the up. If you have Coke with coffee, or you have energy drinks with coffee, coffee is taking different shapes and forms in the ready-to-drink market. One has to think about it not just as a category on its own, but as an ingredient in different drinks. Clearly, there’s a lot of growth when you take a circle around all of those variants.” Regarding the Costa Coffee acquisition this year, Quincey reiterated that in the US he doesn’t “see the case for building freestanding coffee shops now, or even the thing after that, or even the thing after that.” He went on: “The idea is that if we can get a brand like Costa, which has deep coffee credentials and stores in parts of the world, and expand it globally into food service, and grocery, and ready-to-drink, we have a tremendous opportunity.”

Monster. Quincey dismissed the notion that Coca-Cola might sell non-Monster energy drinks (other than Coke Energy) at some point, saying, “I don’t see how it gets on the radar screen.” He also didn’t close the door. “Never say never, right?” he said. “I’ve been proved wrong before but I don’t see it.” Would the Coke system consider selling non-energy drinks produced by Monster? “Never say never,” Quincey said. “We’ll cross each bridge as we get to it. I mean, you could argue that while most of their drinks are energy drinks, they have juice ones, they have coffee-based ones. We have a partnership with them. Apart from a few clear dividing lines, we go into the marketplace and look at the opportunities. If we start constructing in our own heads a picture puzzle of separation of all the different pieces, we are going to become oriented around our own documents and not around what the consumer wants. We need to be able to respond to the consumer in the marketplace. If we’ve got great ideas, we’ll sit with them. If they’ve got great ideas, they’ll sit with us. We need to respond to the consumer and we both know where we start from.”

Sparkling Water. As Coke prepares next year to launch AHA, a mainstream sparkling water to compete directly with LaCroix and PepsiCo’s Bubly, Quincey acknowledged the company waited too long. “Yeah, clearly,” he said. “We should have done it by now, if not sooner.” So how will AHA do? “I hope we’re fantastically successful and we do well,” he said. And is the category here to stay? “It’s a way of life in Europe. Of course, mainly it’s sourced water rather than factory water. But it’s a key part of the landscape and, actually in that sense, the US is more difficult, and so in a way the growth of sparkling water makes it more like some of the other parts of the world.”

Bottle Bills. Quincey was asked whether there is any kind of bottle deposit law, to encourage collection and recycling, that Coke would support. “There are multiple models out there that actually do work,” Quincey said. “Now, they all tend to revolve around using the money in the scheme to drive verticals, rather than being a subtle or not-so-subtle form of taxation. Then you can actually derive schemes that work. But it does depend on where you are and what the collection scheme is, because bottles are not the only thing people are collecting. I mean, you go where recycling rates are very high, it tends to be a system involving manufacturers of multiple categories, food and beverages, and other categories, retailers, and government and the local municipal systems. Then you get super-efficient recycling that captures a lot of value and drives the circular economy. So yes, there are absolutely bills that we think are the right way to drive up collection rates. There are also bad bills.”

Aspartame. Four years ago, at the 2015 Future Smarts conference when Quincey was COO, he predicted that the backlash against aspartame was “not a permanent crisis” because “the science eventually wins out.” So does Quincey now believe his prediction was accurate? “I guess the answer is yes, or certainly to a great extent,” Quincey said. “From our point of view, Diet Coke, which was declining quite quickly, is now more or less stable. Coke Zero Sugar has accelerated to a double-digit growth rate over a number of years. The zero-calorie industry -- all the people who are participating in it with all of the different drinks -- is growing. So yeah, science matters, and we will continue to not be the sources of the science, but to use the science that governments promote to say, ‘Look, these ingredients are important to help innovate, and make products that give consumers great taste, brands they love, and a range of ingredient profiles, in the case of calories, from zero to something.’ That’s working for consumers.”