Says ‘Absolutely’ Could Support ‘Transparent’ Bottle Bill. On SodaStream US: ‘Just Grow It.’

In October, Simon Lowden (pictured) was named PepsiCo’s first chief sustainability officer. The job made sense for Lowden, whose 23 years at PepsiCo has included leadership posts in food, beverage and international. Lowden’s most recent prior role was as president of PepsiCo Global Foods. Previous roles have included chief marketing officer for PepsiCo North America Beverages and before that PepsiCo International.

Sustainability Risk. Lowden said within five years, sustainability planning will be a “way of doing a business,” rather than a function tended to by “groups of people” within companies. “Companies that embrace that, it’s an optimistic future,” he said. “Those that don’t, it’s a Kodak moment.” When asked if the business and consumer sentiment risk from sustainability issues such as plastic waste are increasing, Lowden responded, “It’s only a risk if you don’t do anything about it.” As for measurement of progress toward sustainability goals, Lowden acknowledged, “It’s a hard part, definitely.” Lowden added that he is paid based on the key performance indicators PepsiCo sets for itself. “The biggest change we’re making at PepsiCo is that every one of us senior leaders is now being held accountable for numbers on recycling and reduction,” he said. “That has not happened before for us in our industry.” 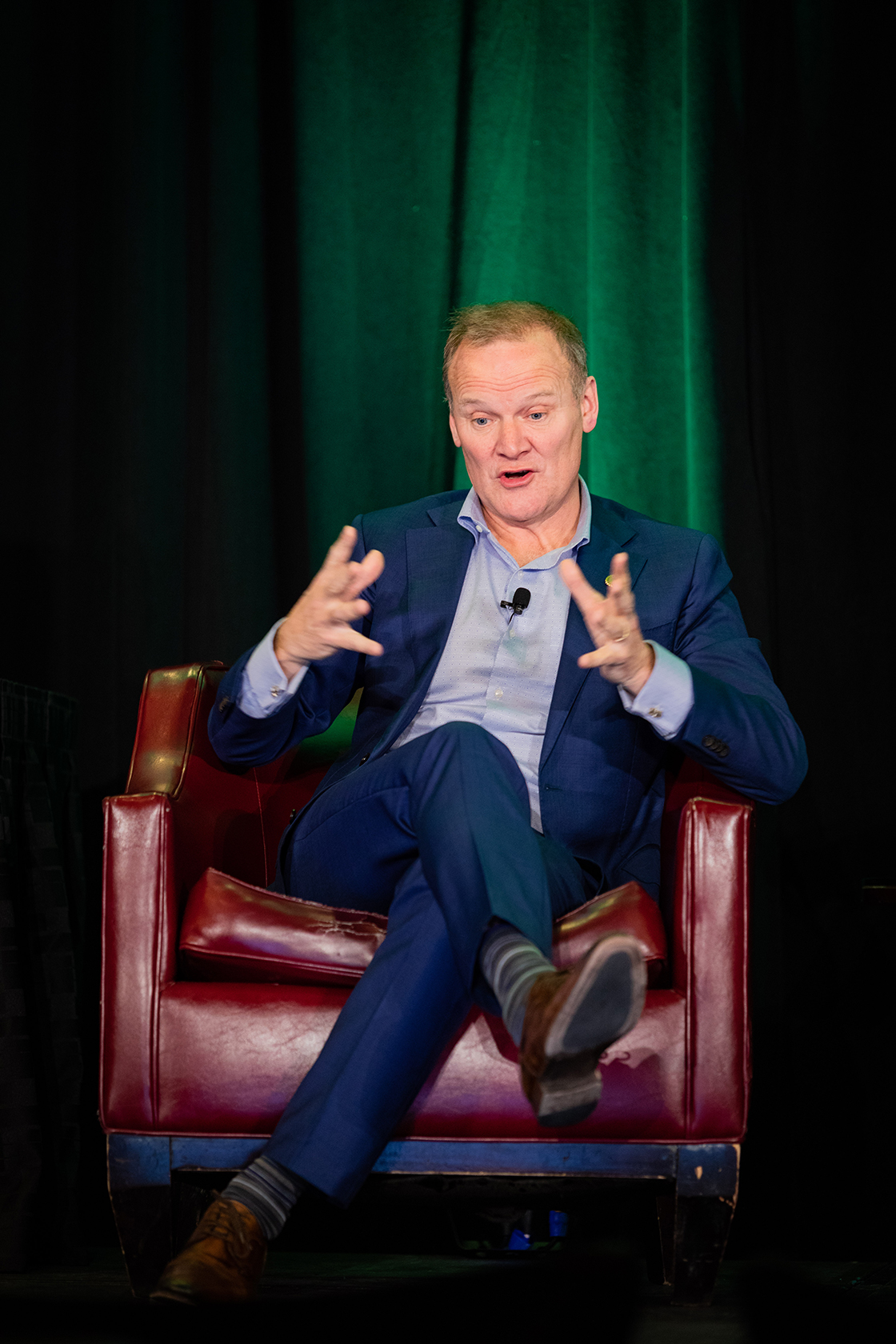 Bottle Bills. Lowden said PepsiCo “absolutely” could support a bottle deposit bill for recycling that was transparent and used proceeds “to fund the system.” He added: “We’re working actively with Coke and with Nestlé and with Danone, figuring out what the right system should be, how the right system can fund the right behavior change.”

SodaStream. Lowden said the maker of at-home sparkling water devices, which PepsiCo purchased late last year, represents a “massive opportunity” for PepsiCo. “So when companies talk about sustainability, we’ve got a full commitment in the middle of the table there,” he said. “It’s a massive business for us in Europe. It’s a portfolio play. Sparkling water and flavored sparkling is a massive category in the US; a massive category globally. SodaStream is a great platform to play in that space. Which, again, will help us not think about demonizing plastic, but think about the opportunity for the category going forward.” Lowden said plans in the US for SodaStream are “just to grow it.”