‘Americans are Late to the Dance.’

Mushrooms have been used medicinally in Asia for centuries. In the US, mushroom extracts have become a go-to functional ingredient within the wellness community. Often referred to as adaptogenic, functional, or medicinal mushrooms, the ingredient now is showing signs of potential mainstream appeal. Four Sigmatic, Ritual, and MUD/WTR are among the startups in recent years that have introduced powdered beverage mixes with mushroom extracts. And now, much like the CBD trend, the ingredient is showing up increasingly in ready-to-drink beverages, including oat milks and coffee drinks. Rebbl, Califia Farms, Rowdy Mermaid, and HealthAde have all launched products incorporating mushroom extract. To better understand functional mushrooms as an RTD beverage ingredient, BD turned to Zoe Sakoutis and Erica Huss. Last year, they launched Earth & Star, a line of canned mushroom-infused oat milks and coffees. Their mantra: “The future is fungi.” This is the women’s second time pushing what they call “weird healthy stuff” toward the mainstream. More than a decade ago, the women founded cold-pressed juice company BluePrint, helping forge the high pressure processed (HPP) juice category. They sold the business to Hain Celestial in 2012 in a deal worth $26 million before leaving the company two years later. The cold pressed juice sector in the US has since struggled and Hain discontinued BluePrint last year. In an interview, Sakoutis and Huss discussed their approach to the nascent RTD mushroom beverage category. The following is a synopsis of the key takeaways from that conversation. 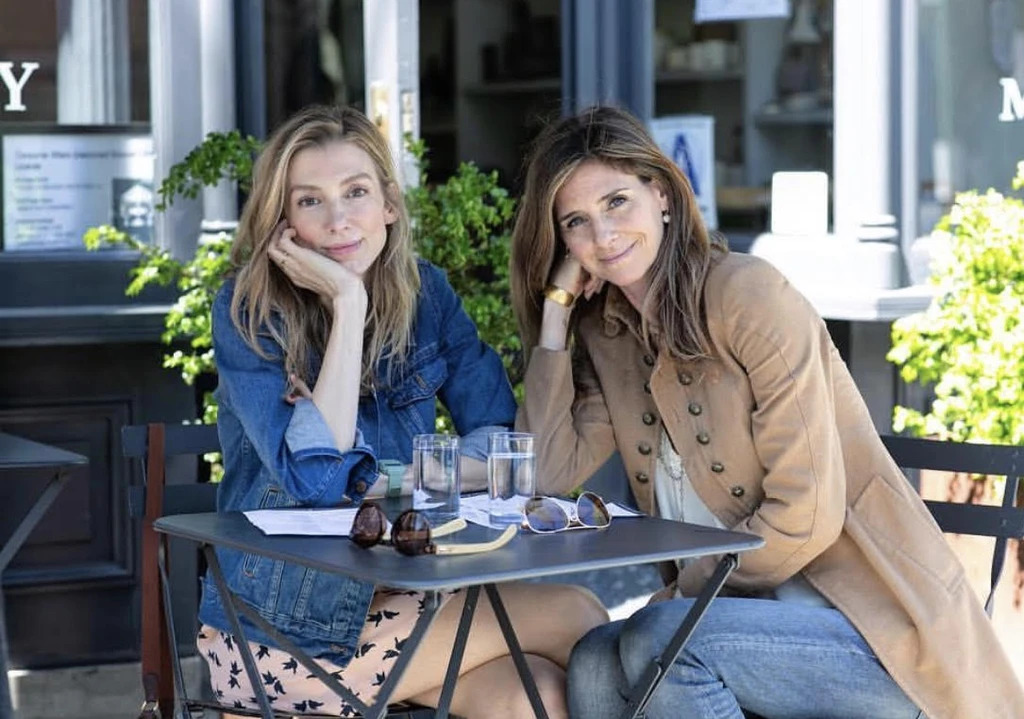 ADAPTOGENS. These are non-toxic substances, generally extracts from roots and herbs, that are believed to help the body adapt to stress. By definition, adaptogens are safe for most humans. Adaptogens have a long history in Chinese and Indian (known as Ayurvedic) healing traditions. And they are showing up across the entire functional beverage landscape. Mushrooms are one source of adaptogens. Huss said consistency is key when it comes to using adaptogens for health. “It’s not a silver bullet,” she said. “You have to have adaptogens in your system over a period of time in order for it to take effect.” With that in mind, the women saw ready-to-drink coffee and oat milk as a delivery system for functional mushrooms. “We’re planning habitual products and we’re making them just as delicious, if not more delicious, as what you’re used to,” Sakoutis said. “But we’re enhancing the functionality, specifically with mushrooms.”

REGULATORY LANDSCAPE. There is broad acceptance of the safety of functional mushrooms for humans, as well as science supporting that conclusion. Studies have also shown the efficacy of functional mushrooms for health, and there is evidence that they are potentially beneficial to cancer patients. For the most part, the FDA is hands off when it comes to the ingredient, BD found. Functional mushrooms are usually sold as dietary supplements, which the FDA regulates more loosely than pharmaceuticals or food and beverage products. The FDA’s primary restriction for dietary supplements is that claims can’t promise to treat, diagnose, prevent, or cure diseases. “The risk is going to be around watching your claims,” Sakoutis said. “You can get slapped on the wrist pretty quickly by the FDA for strong language.” She joked that the back panel of Earth & Star’s cans, where the mushroom benefits are touted, should simply ask people to “Google it.” “There’s so much research out there,” she said. “How are we ever going to sum that up?” While the growing functional food and beverage trend has blurred the lines between dietary supplements and food and beverage categories, the FDA has not been aggressive in its enforcement as long as claims remain within the bounds. It doesn’t hurt that mushrooms also are widely accepted as a food ingredient. According to Huss and Sakoutis, beta glucans are the key functional compound in adaptogenic mushrooms. These fibers from a mushroom’s cell are believed to support the human immune system, the women said. Earth & Star's ingredients are generally recognized as safe (GRAS) under FDA guidelines.

MUSHROOM VARIETIES. While there are believed to be tens of thousands of mushroom species, just 300 to 400 have been identified as medicinal, according to Huss and Sakoutis. Earth & Star uses four of the most common. Reishi is said to boost immunity and relieve anxiety. Chaga is said to fight inflammation and provide energy. Cordyceps is said to help with muscle recovery. Lion’s Mane is said to improve cognitive performance. The benefits for various mushroom types generally overlap.

PRODUCT DETAILS. Earth & Star offers one black cold brew coffee and three oat milk products. The oatmilk products include either matcha, cacao, or turmeric. All four products include Lion’s Mane, Reishi, Cordyceps, and Chaga mushroom extracts, to create an entourage effect, the company says. The organic drink is packaged in 7.5-oz slim cans. Calories range from zero for the black coffee to between 130 and 150 for the oatmilk varieties. The matcha and turmeric products are sweetened with monk fruit and there is no added sugar. The cacao flavored oat milk uses 3g of coconut palm sugar. The cold brew coffee version is unsweetened. Earth & Star retails for $4.99 per can in the natural grocery channel. Online, the product sells for as low as $4.50 per can when purchased by the 24- pack.

SOURCING. Huss and Sakoutis said sourcing can be tricky for manufacturers and consumers. Some products listing mushroom extract are using the root, or mycelium, the women said. Most of the compounds that provide functionality, called beta-glucans, are found in the top of the mushroom, known as the fruiting body. Think of that as the portion of the mushroom you actually see above ground or on the outside of a tree. There is little enforcement of regulation for labelling this difference. Mycelium is often grown on rice, which is a food source for cultivation, and harvested before there is a mushroom fruiting body. This saves space and cuts cost. The mycelium and rice are ground together for use in supplements or other products because the threadlike roots aren’t worth separating. There is an ongoing debate about the benefits found in mycelium. Earth & Star uses only the mushroom flowering body, labeling the cans with “no mycelium.” The company’s mushroom extract source regions include China, Alaska, and Siberia in Russia, the women said.

DOSAGE. Earth & Star includes what the founders say is a “true therapeutic dose” of 2,000mg of adaptogenic mushroom extract. They said the threshold for a therapeutic daily dosage is between 1,000mg and 3,000mg.

FAD? “Americans are late to the dance on this idea that’s been around for hundreds of years,” Huss said. “Basically, every other culture has incorporated it into their daily routine. People consume mushrooms in most other countries on a daily basis. And for some reason, Americans just aren’t there yet, because it just seems like we’ve finally caught on to the powers of functional mushrooms. I think it’ll be a regular thing like taking a daily vitamin. But if we can get it in food form, even better.” Added Sakoutis: “If anything, we need it now more than ever. So, this is really an opportunity for mushrooms to take center stage and check so many boxes for us as a culture.”