As Covid Subsides, Challenges Remain for Coke and Pepsi Bottlers

Since the US outbreak of the COVID-19 virus more than a year ago, BD has tracked the crisis through the eyes of beverage executives in the Coca-Cola, Pepsi, and independent bottling systems. Our latest informal survey asked bottlers what has improved and what they continue to grapple with on the way to a new normal that has yet to be defined. The following is a synopsis of contributions from more than a dozen bottling executives. 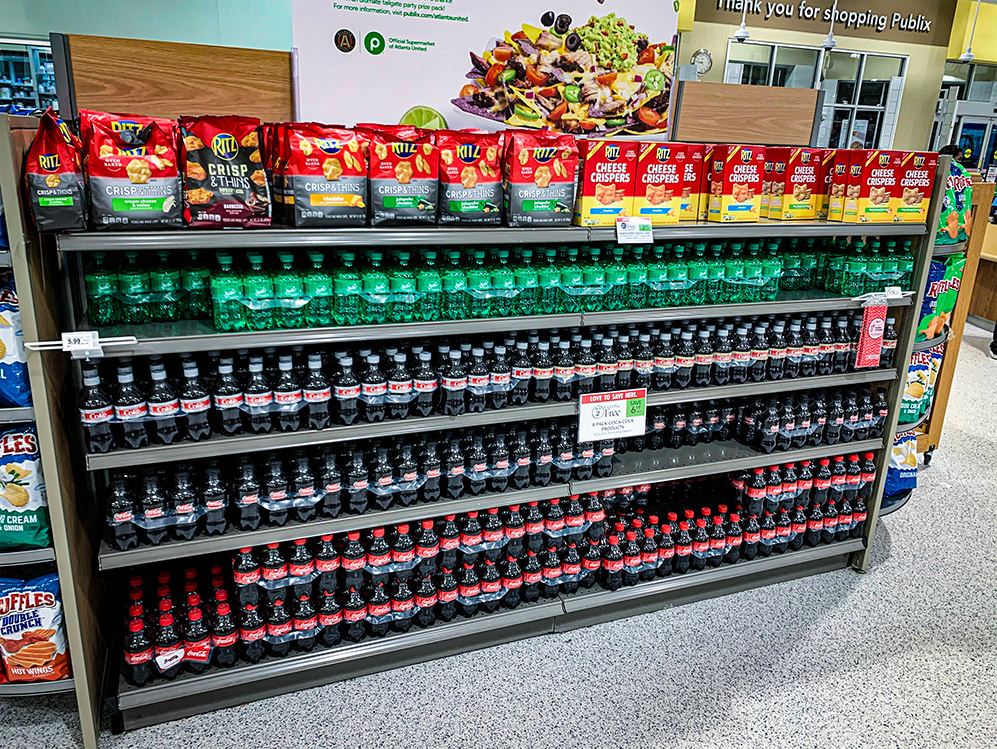 PRICING ‘SLOW AND PAINFUL.’ INCREASE COMING? A growing concern for bottlers is escalating commodity costs. Fuel prices have spiked, increasing costs for local delivery and regional freight. In packaging, aluminum is on the rise and one bottler said higher resin costs will spur an 8% to 10% increase in their PET costs heading into the summer selling season.  “We’re getting some pricing back from retailers but it’s always slow and painful,” one bottler told BD. Coke is considering a retail pricing increase this summer after the Fourth of July holiday, BD has learned. A second increase could come early next year. Coca-Cola declined to confirm plans (executives discussed commodity inflation and pricing in general during an earnings call with analysts yesterday: see page 13). Such a pricing strategy would be similar to earlier-than-expected pricing increases by Coca-Cola in 2018 following a similar period of commodity cost inflation and pressure from bottlers to respond. PepsiCo delayed its pricing response in a bid to gain favor with retailers and win additional shelf space, Pepsi bottlers told BD at the time. The company waited until after the Labor Day holiday to raise pricing on its usual schedule. When it comes to Gatorade, there are signs the brand is taking pricing amid a persistent inventory shortage. At one Atlanta-area Kroger store tracked by BD, Gatorade pricing has moved up to 4 for $5 for a 32-oz bottle, or $1.25 each, after years at 10 for $10, or $1 each. Gatorade previously confirmed to BD that it was in the process of adding capacity, without sharing a timeframe. In an interview last week, PepsiCo CFO Hugh Johnston confirmed Gatorade is “surgically” taking pricing. “We’ve invested so much behind the brand and behind innovation that we feel like the consumer is willing to pay for the brand,” he said. 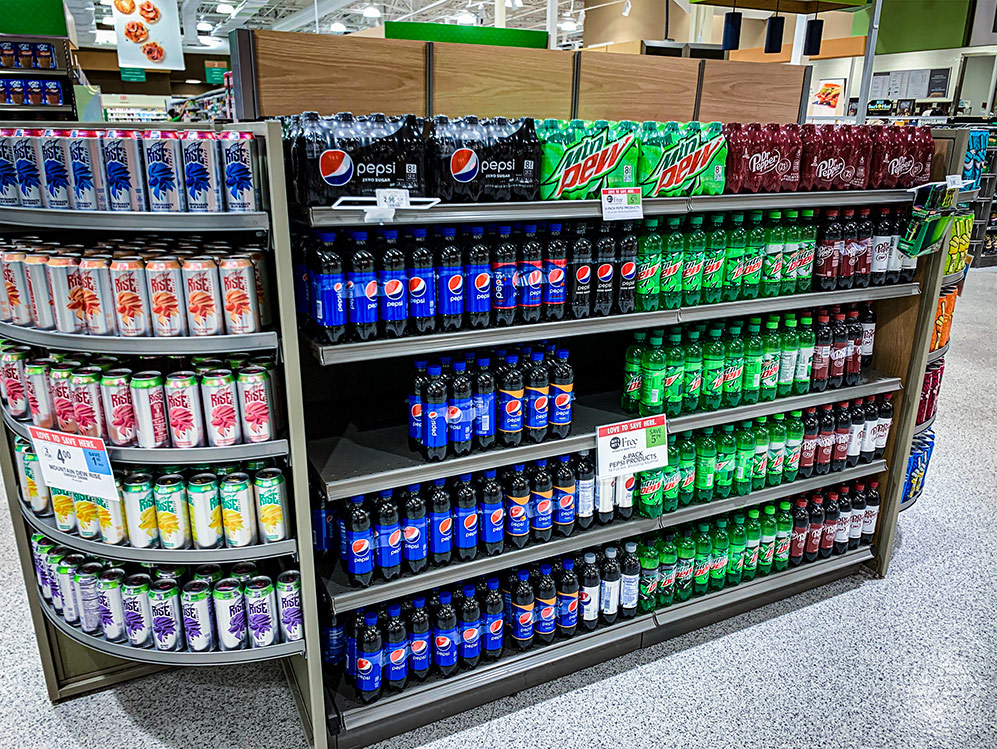 CAN SHORTAGES. While easing, aluminum can shortages, including for 7.5-oz minicans, continue to be a challenge for bottlers leading to persistent out-of-stocks in some carbonated soft drink packages and variants. The limitations will be a reality for the foreseeable future, according to some bottlers. “Product supply has improved but is still a significant issue in planning and execution,” one said. Another said the easing of can shortages have opened up production of some flavored CSDs during the first quarter. “Cans are still an issue but typically sales in Q1 are lighter, so demand and the quality of sales allowed many more brands to be produced,” the bottler said. “This gave our consumers greater choice and a better visual on shelves and displays.” Many bottlers continue to allocate available cans primarily to core brands and packages, such as 12-pack cans. “Out-of-stocks are now decreasing after 30 to 60 each week this past year,” a Pepsi bottler said. “We have not had Pepsi Zero Sugar or Diet Mtn Dew in some packages for months.” Another Pepsi bottler said products such as Gatorade, Starbucks, Tropicana, and Naked juice supplied by PepsiCo and its contract packers have been in shorter supply. We heard from several bottlers who have transitioned carbonated soft drink consumers to PET packages to help close the aluminum can gap, especially for flavored variants. One bottler said that while the increased use of PET has helped gross margins, the switch also is more labor intensive. A shelf that typically holds 100 cases of cans will hold less than half as many PET packages.

MONSTER SUPPLY ‘CHALLENGING.’ A particular area of concern for Coke system bottlers is Monster Energy supply. Can shortages, coupled with a growing category and successful Monster innovation, have crimped available product, a number of bottlers reported. While Monster is bringing in cans from overseas, the problem could last into the next quarter, BD learned. “Monster supply has been challenging,” one bottler said. “I’m not sure of the root cause but it seems to be a can shortage as well as production/concentrate issues.” Monster did not respond to a request for comment.

CO2. Shortages of gas to make carbonated soft drinks appear to be isolated to specific suppliers with manufacturing interruptions due to equipment failures or workforce Covid outbreaks.

JOB APPLICATIONS ‘FELL OFF THE TABLE.’ Bottlers of all sizes are concerned about a shortage of available workers, spurred by the latest US pandemic-related financial stimulus package. “This one keeps us up at night,” one bottler told BD. Another said employment applications “fell off the table” several weeks ago when a new wave of federal payments reached workers. Another reported to BD a record number of job openings. “We have more openings than applicants to fill them,” said yet another bottler. “We are in a very competitive labor environment and for the first time using paid digital and streaming media to recruit.” Bottlers say it is hard to compete with the current level of unemployment payments when it comes to lower-wage workers including route drivers, merchandisers, and warehouse employees. “I’m not sure we will fully execute the line extensions and new brands as great as we usually would,” one bottler said in reaction to labor pressure.

CYCLING THE STOCKUP. Bottlers generally report softening sales in the grocery, club, and mass merchandise channels. However, improving sales in the convenience channel have helped to balance volume and gross profit (see COVID-related data story later in issue). Bottlers mostly were pleased that sales hadn’t declined more drastically as stores cycle last year’s consumer stock-up amid pandemic lockdowns. One bottler told us that March and April volume is down but that they expect the year to be positive. “The world continues to be volatile, and things are changing quickly,” another bottler said. A consumer shift to e-commerce is expected to stick, with one bottler telling us that almost all of the company’s customers have ramped up delivery and curbside pickup. Turning to foodservice and on- premise, bottlers we spoke to are generally resigned to a slower rebound, despite growing vaccination rates and consumer confidence to venture out. Progress in this channel appears to vary by region. “FSOP shortfalls are rebounding very slowly,” bottler said. “It will take public venues open at 100% inside and out to get people comfortable with venturing out on a regular basis. We feel we are months away from that happening.”