The legal rancor in recent years involving Bang Energy and Monster Energy took a surprising turn last week after a California court filing revealed an arbitrator’s $175 million ruling against Bang maker Vital Pharmaceuticals (VPX). The development has implications for Bang Energy distributor PepsiCo. According to the April 4 ruling, the arbitrator said VPX violated the trademark rights of California-based Orange Bang stemming from a 2010 settlement between Orange Bang and VPX that limited VPX’s use of the name “Bang.” The arbitrator also awarded a 5% royalty on US sales of Bang Energy if VPX continues to distribute and market Bang Energy in its current form and geography. The arbitrator further awarded almost $9 million in attorney’s fees. If affirmed, the judgement would be shared by Orange Bang and Monster Beverage. Monster joined Orange Bang’s claim after filing a 2018 lawsuit of its own accusing VPX of making false claims about the use of creatine in Bang Energy, also at issue in the Orange Bang action. On April 6, Orange Bang and Monster asked a federal district judge in California to enforce the arbitrator’s ruling and the awards. A hearing is set for June 27. When reached last week by email with specific questions about the legal action and its implications, VPX CEO Jack Owoc responded, “If you ain’t banging, you ain’t hanging!” He and other executives on the email offered no further answers to BD’s questions. 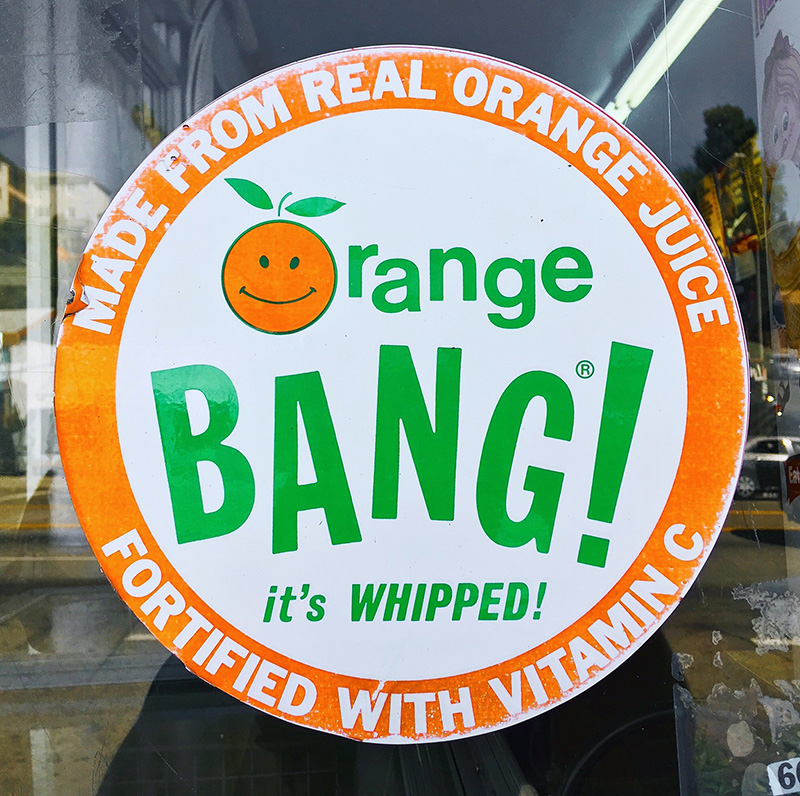 PERSPECTIVE. The arbitrator’s ruling sets up a critical crossroads for VPX and Bang Energy heading into conversations with national and super-regional retailers in August and September for shelf space. Retailers will be looking for assurances that Bang can be distributed across their entire footprints, and without disruption. If the arbitrator’s ruling stands substantially, VPX may not be able to make such assurances. That could leave the brand’s shelf space open to competitors including Celsius, Keurig Dr Pepper-distributed A Shoc (which announced a $29 million funding round on April 14), Anheuser-Busch-backed Ghost, and a host of other recent challengers in an energy drink market once dominated by Red Bull and Monster. This comes at a time when Bang Energy’s sales and market share growth has already slowed (dollar sales declined -5.6% in the 12 weeks ending March 26 as the category grew +11.5%, according to Nielsen data published by Goldman Sachs). The required payments to Orange Bang and Monster would crimp VPX’s ability to build a new national distribution network in the US to replace PepsiCo’s. In late 2020, VPX terminated a 10-year agreement with PepsiCo effective October 2023 and sued the company for breach of contract to try to get out sooner. An emergency arbitrator in the case ordered VPX to stop actions to take Bang distribution back from PepsiCo. The arbitrator also affirmed PepsiCo’s right to distribute Bang through October 2023. VPX may be required to pay in the range of $175 million to exit the contract early without cause, according to a source (assuming VPX and PepsiCo don’t repair their relationship). BD has been unable to substantiate rumors that PepsiCo is pushing for such an outcome and payout within the coming months. PepsiCo declined to comment on Bang. Either way, the looming contract payout to PepsiCo and the pending award owed to Orange Bang and Monster leave VPX and the Bang brand in a vulnerable state at a time of increasing competition.

CREATINE? A key factor in the award was the arbitrator’s assessment that Bang Energy is not “creatine-based,” as Bang touts widely in its marketing. Creatine is an amino acid found in muscles that is popular with weightlifters to produce extra energy during workouts. The arbitrator accepted expert scientific testimony during a two-week trial that the “Super Creatine” compound used and touted by VPX is not creatine and doesn’t deliver the same benefits. Under the 2010 settlement with Orange Bang, VPX can use the “Bang” trademark only on “creatine-based, nutritionally fortified” products. Based on the 2010 settlement, the arbitrator

agreed with Orange Bang that any non-creatine products using the “Bang” name must still enhance performance and be marketed and sold only through vitamin and nutritional supplement stores, gyms, and health clubs, or in the vitamin and supplement sections of other retail outlets including convenience stores. Under the arbitrator’s ruling, VPX essentially has three options: 1) abandon the name “Bang,” 2) end distribution of the existing formula outside of the nutrition channel, or 3) reformulate the product to include creatine. The arbitrator also issued a permanent injunction, stayed until April 29, on sales of products using the Bang trademark in 12 states where Orange Bang is sold. The states are California, Nevada, Oregon, Washington, Arizona, New Mexico, Hawaii, Idaho, Utah, Texas, Illinois and New York. To sell Bang branded products in these markets, VPX would have to pay a 5% royalty on net sales.

ROYALTY IMPACT. In an April 7 research report, Stifel Beverage Analyst Mark Astrachan estimated 2021 company revenue of about $750 million from Bang Energy products. Based on that estimate, Bang would theoretically owe Orange Bang and Monster about $38 million to satisfy the 5% royalty payment for that year. That would be a significant hit to the income statement. He went on to say that a change in Bang’s go-to-market strategy because of the arbitrator’s ruling (given Bang’s 7.0 share of the US energy drink market) would be more meaningful to Monster potentially than the royalty.