Since early March, BD has tracked the COVID-19 crisis through the eyes of beverage executives in the Coca-Cola, PepsiCo and independent bottling systems. By last week, a period of frenzied demand had given way to a more normalized sales pattern, bottlers and distributors said. Some are now bracing for an anticipated slowdown. Soft drink bottlers with heavier exposure to the fountain business, or with territory that includes harder hit metro regions, also were adjusting to the reality of a shifting profit margin mix.

Fountain Decline. On-premise was another story, with one bottler reporting a roughly -90% decline in bag-in-box syrup sales to fountain customers such as restaurants in a single week. “Fountain sales are dead!” another said. Bottlers suffering bag-in-box declines were able to make up some volume and margin ground as restaurants shifted from fountain to 20-oz single-serve PET as part of the shift to takeout. Generally, finished products in 20-oz PET are sold by bottlers at a higher margin than bag-in-box syrup.

Coke On-Premise. Coca-Cola, which accounts for about 70% of the US fountain soda business, is more exposed to the on-premise channel than are PepsiCo or Keurig Dr Pepper. And Coke generates significant r venues and profits from fountain syrups – far more so than its competitors. Coke’s on-premise business in March may have been down as much as -30%, according to a report yesterday by Consumer Edge Research. On-premise weakness in March may depress Coke’s first-quarter price/mix growth, according to Consumer Edge. Currently estimated at +1.5%, it could fall to +1.0% or even +0.5% due to the shift to packaged products, the analysts said. Coke’s on-premise challenge isn’t limited to the US. BD understands that as of last week no major Coca-Cola bottler globally had recovered even half of its on-premise business following a COVID-19 decline.

Immediate Consumption. Meanwhile, bottlers said the loss of immediate consumption was negatively impacting margins. Lockdowns and work-at-home policies have reduced commuting and vacation traveling. “Single-serve PET is really declining with the decrease in traffic at co venience retail outlets, hurting margins,” one bottler said. “Single serve immediate consumption PET has slowed in recent days,” another said, “but it is only very recent, and we expect it will continue to slow and it does put pressure on margins.”

Customers. Retail and fountain customers are asking for longer terms to pay their bills, a couple of bottlers said. One bottler said they expect calls to pick up equipment at some point as customers begin to go out of business. Another bottler said they have lost at least 30% of their account base.

Market-Level View. Below are bottlers’ full comments collected late last week. They have been edited for clarity and space:

Bottler 1: With all the panic buying our sales are good. Especially water, but sparking is doing great. Having said that, the cupboards are likely full, and with people quarantined we look for a pretty sharp decline. Cold drink is pretty much dead. Full-line vending is suffering similar to 2008, but at an unbelievably fast rate of decline. Our management team has done a miraculous job on all fronts and our employees are real troopers. We are following guidelines to the letter and beyond. We look forward to things getting back to normal.

Bottler 2: Business was so strong up until this week (ending March 27) that it was overall way up. Now we are in the second phase where panic buying has stopped and it’s coming back to a normal and you’re starting to feel the loss of the on-premise business. With just take-away, it’s really hard for these restaurants to make it. It’s really sad. We’re a way from having a normalized on-premise business. That part of our business is in for a very challenged second and third quarter. Home market is going to continue to be strong as people spend more time at home and cook more meals at home. 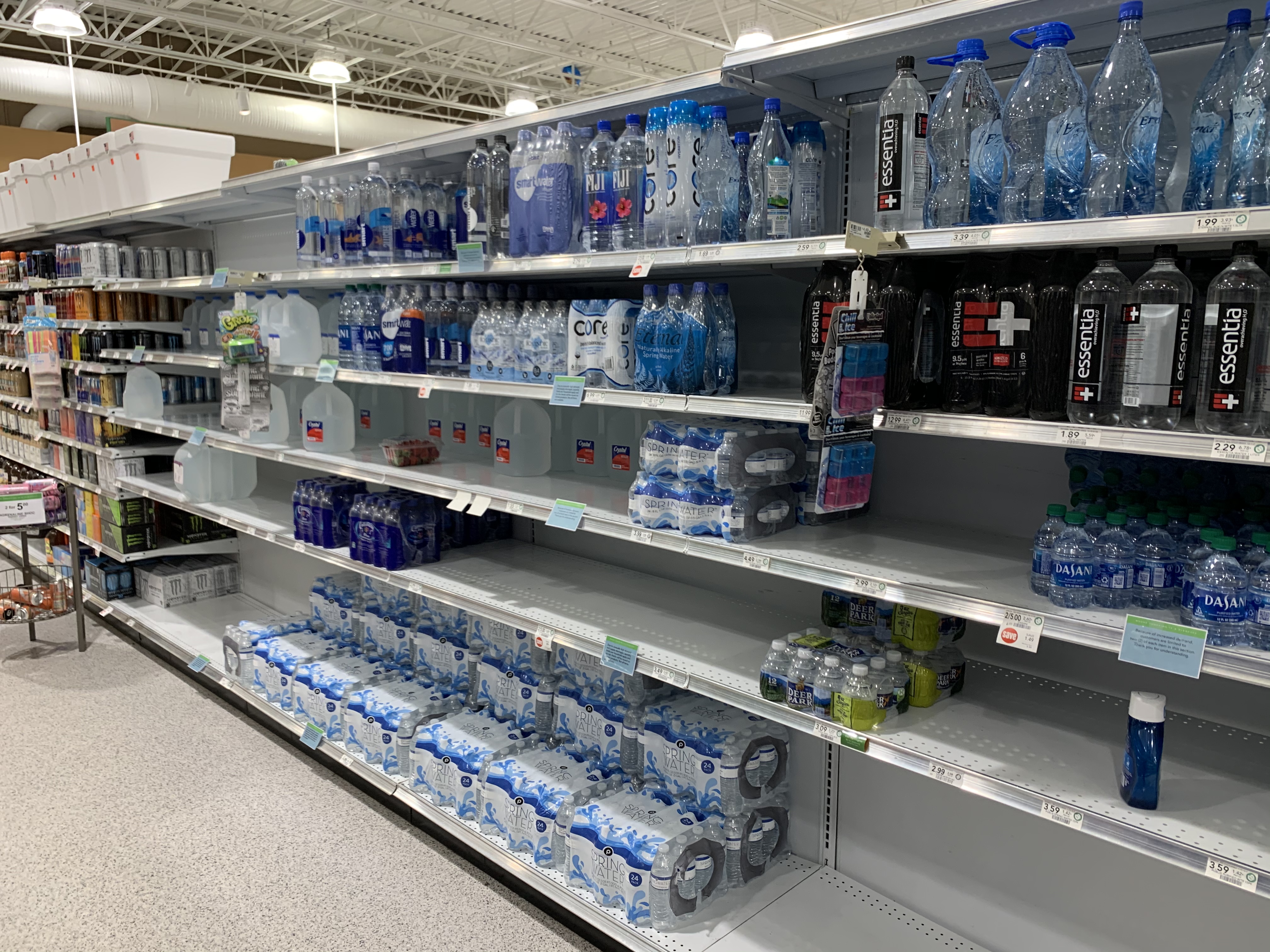 Bottler 3: Business remains wide open. Our team has done an excellent job under trying times. Our supply chain has proven resilient, as has our company culture. We expect a slowing somewhat over coming weeks, but obviously certain channels will remain impacted for some time (healthcare, education, bars and restaurants, and hotels). March volumes will end up passing our last year’s July (which is typical peak demand) and I think April/May/June could be more normalized -- even with channels impacted -- so long as consumer confidence returns and the stimulus actions take hold by mid-April. Hopefully the country opens back up by end of April. Concerns for me remain how CA and NY could impact the broader economic recovery

Bottler 4: Business seems to have slowed the past couple of days with the shelter in place policies, which are the correct policies. Single serve PET is really declining with the decrease in traffic at convenience retail outlets, hurting margins. We’re having some customers ask for a delay in paying their bill. Overall business for March is good and we are not experiencing many out of stocks.

Bottler 5: The biggest rush on large retailers has started to slow down and become more normalized the last couple of days. The on-premise business is significantly impacted, and we are starting to feel that slow down this week. We expect that to continue for the foreseeable future. Single serve immediate consumption PET has slowed in recent days, but it is only very recent and we expect it will continue to slow and it does put pressure on margins. We feel good about March and where we will finish, but have concerns about April and May in the very near term. If we are not back to some level of normalcy by Memorial Day then the impacts and implications will become considerably more severe. We cannot say enough about how incredibly well our teams have performed and handled this situation. We appreciate them and cannot put into adequate words how well they have served our customers, our consumers, and our communities. We continue to handle each adverse situation and concern as it arises. We have had multiple people out with symptoms, and some have been tested, but as of now there are no positive tests within our company. The safety and security of our teams, customers and consumers are foremost as we continue to serve in this challenging environment.

Bottler 6: We remain at full throttle. Top priority is the health of our associates. Next is providing a little normalcy for people trapped in their houses, by keeping retailers in stock. We’re running the system 24/7. The concern: Will can and PET suppliers keep up? They are threatening to short us on raw materials. No idea when this peaks.

Bottler 7: Water sales are slowing. Fountain sales are dead. Overall, business is slowing down gradually from the last two weeks. Everyone, public and private, will have a great first quarter. After that it’s anyone’s guess. We have to keep everyone employed. That is what will get us through this economic crisis.

Bottler 8: A lot of businesses have closed. We have lost about 30% to 40% of our account base. We’re trying to keep the trucks rolling and the staff on the payroll. No one has caught the virus yet. We anticipate several rough months ahead. We are in better shape than most.