Beverage sales volume in China for Coke and PepsiCo improved during the second quarter as the country reopened following pandemic-related workplace and social shutdowns. During the second quarter, both companies posted volume increases in China, where the COVID-19 virus originated. Those gains followed declines in the previous quarter as the virus spread through the country. While China beverage volumes recovered, other countries posted steep declines as the pandemic spread across the globe. For Coke, notable declines came in markets reported as India & Southwest Asia; Europe, Middle East & Africa; South Latin; and Japan. For PepsiCo, double-digit percentage declines were cited in India, Philippines and Colombia. On the other hand, PepsiCo reported double-digit percentage gains in Germany and France.

DATA. The table with this story shows global beverage volume performance for CocaCola and PepsiCo, culled from the companies’ most recent annual regulatory filings. The companies disclose growth or decline for selected markets or business units, and those included can vary from year to year. Changes are often expressed without specific percentages. The data include carbonated and non-carbonated drinks. 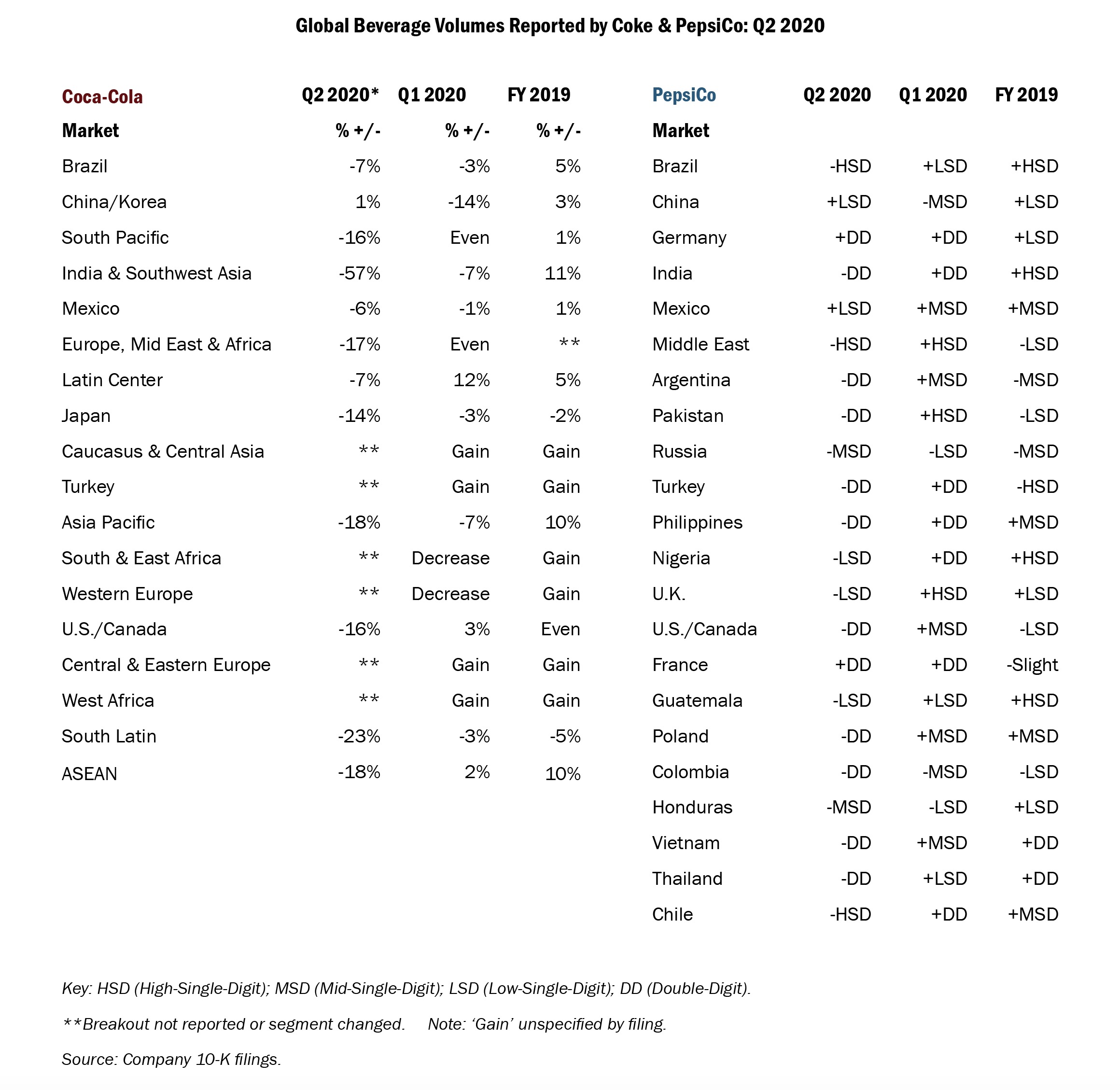