Gatorade will use Bolt24 to challenge Bodyarmor’s aura as a healthier sports drink. Starting this month, point-of-sale and outdoor marketing in the US will tout Bolt24 as containing 30% less sugar than Bodyarmor SuperDrink. The ad will call Bolt24 (launched by PepsiCo’s Gatorade unit more than a year ago) a “super easy choice.” Bodyarmor is minority owned by Coca-Cola and distributed by Coke bottlers. Bodyarmor Founder and Chairman Mike Repole said in a statement that he is “flattered that Gatorade is worried and concerned about us.” 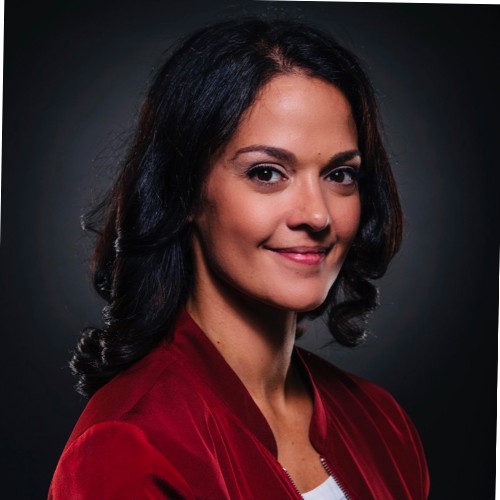 CAMPAIGN DETAILS. The Bolt24 marketing program will be national in scope, Gatorade’s Head of Brand Marketing Gina Hardy said in an interview. While the ads will be focused on the convenience/gas channel, they could appear in any retail channel, she said. The campaign will include billboards, spots on TVs at gas station pumps, and time on local radio. Social media is not in the current plan. “There is a possibility it could go bigger from there, but right now that’s what we’re planning, Hardy said. “We wanted to hit people at the main points where they learn about products, and the No. 1 source of awareness for our new products by and large is always point of sale.”

WHY NOW? When asked, Gatorade’s Hardy said it was time “to set the record straight” about its Gatorade portfolio. “Bodyarmor has positioned itself as this healthier option for athletes,” she said. “Once you peel away the onion and understand what their nutrition profile is, a lot of athletes would be surprised.”

BODYARMOR RESPONSE. In a statement, Repole said it’s “understandable” that Gatorade is responding to Bodyarmor’s growth. “Every day we are picking up thousands and thousands of their consumers who are switching to Bodyarmor because we are a much better sports drink,” he said. “We actually want to thank Gatorade because their campaign will help grow Bodyarmor’s awareness and increase our sales. I hope they plan on running the Bolt24 campaign early, since Bolt24 will be discontinued by year’s end. In fact, I have wanted to try Bolt24 but I have only been able to find dusty expired product at retail.”

PERSPECTIVE. The coming Bolt24 advertising campaign will be Gatorade’s first direct advertising response to Bodyarmor’s market positioning as a “more natural” and “better” sports drink. BD speculates the new Bolt24 advertising is an opening volley in what will be a sustained response from Gatorade to protect its market supremacy. Bodyarmor, founded in 2011 by Repole and fellow beverage entrepreneur Lance Collins, hasn’t been shy about differentiating its product. The brand uses potassium instead of sodium for its primary electrolyte, and the drink contains no artificial sweeteners, flavors and dyes. Bodyarmor went so far as to call Gatorade “outdated” in a 2018 ad campaign featuring pro athletes and produced by the late NBA superstar Kobe Bryant, who also was a Bodyarmor investor. Despite the onslaught, Gatorade did not respond directly, choosing to treat Bodyarmor like a political challenger whose name was never to be invoked by the incumbent. Gatorade instead filed a complaint with the National Advertising Division that reached the FTC and led to some concessions by Bodyarmor (BD 10/1/19). Gatorade also restaged lower-calorie G2 to more clearly call out its “lower sugar” positioning in early 2018 before launching Gatorade Zero a few months later. In August 2018 Coca-Cola took a minority stake in Bodyarmor and agreed to distribute the product through its bottling system. In 2019, Repole hired Brent Hastie from Coca-Cola as Bodyarmor’s president. That same year, Gatorade launched Bolt24 (BD 6/28/19), which has served as an answer to Bodyarmor. The drink’s label carries the Gatorade lightning bolt and the words “fueled by Gatorade.” 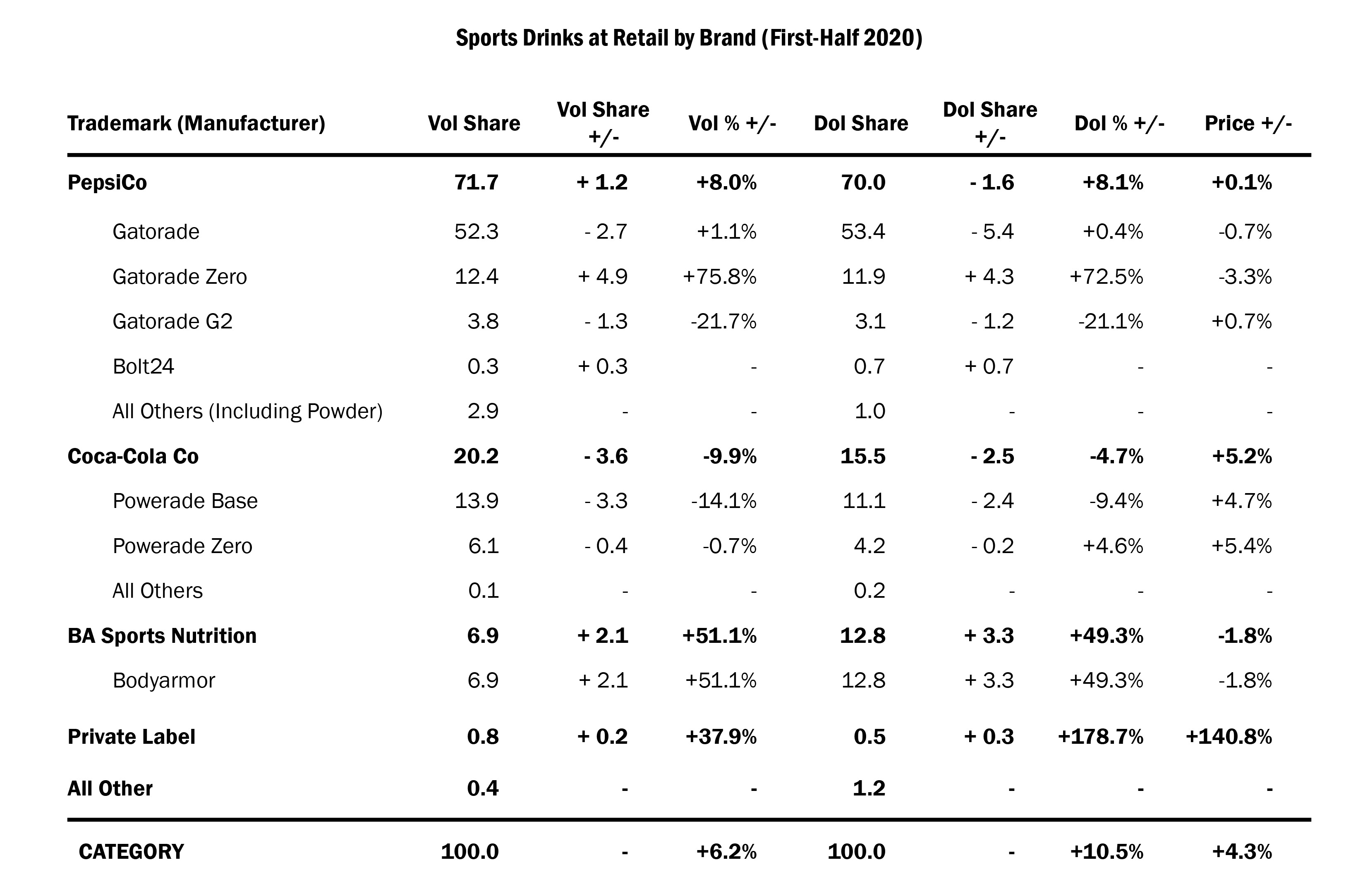 SUGAR COMPARISON. A 16.9-oz bottle of Bolt24, which includes a watermelon base, contains 19g of sugar and is supplemented with stevia. A 16-oz bottle of Bodyarmor SuperDrink, which uses coconut water as a primary ingredient, includes 28g of sugar, about the same as regular Gatorade on a per-ounce basis. Bodyarmor Lyte, meanwhile, contains 2g of sugar for a 16-oz bottle and is bolstered with erythritol and stevia. Gatorade also produces a lower-sugar G2 variant that contains less than half the sugar per ounce as regular Gatorade and is sweetened with sucralose and acesulfame potassium (ace-K). A zero-calorie, Gatorade Zero, version uses the same two sweeteners.

BA SUGAR CUT. In January, Bodyarmor quietly cut the sugar content in its SuperDrink formula from 36g per 16-oz bottle to 28g, according to BD’s comparison of Bodyarmor labels. Bodyarmor declined to comment about the product’s sugar content or the sugar reduction. The brand also appears to be transitioning to the use of “Bodyarmor Sports Drink.” That name appears on the brand’s website, although SuperDrink remains on the label for the core product. It’s unclear whether a labeling change is on the way.

DATA. During the first half of 2020, PepsiCo held about a 70 share of the US sports drink market (see table). The Gatorade trademark gained volume share, helped by the zero-calorie version launched in mid-2018, while losing dollar share. Bodyarmor gained volume and dollar share on about 50% growth, reaching almost a 7 share by volume and 13 share by dollars. Bolt24 is small, with a 0.3 volume share for the period. Dollar share was more than twice that level, at 0.7, indicating Bolt24’s premium pricing.