Blue Cloud Distribution GM Says, ‘We’re in This for the Long Haul.’

Hard Mtn Dew distributor Blue Cloud Distribution, set up last year by PepsiCo, is currently delivering products in nine states, according to the company. The states are Florida, Tennessee, Iowa, Oklahoma, Arkansas, Minnesota, Missouri, Nevada, and Virginia. To date, Blue Cloud Distribution has secured federal alcohol wholesale permits in 31 states. The permits come from the US Alcohol and Tobacco Tax and Trade Bureau (TTB), which collects federal excise taxes on alcohol and regulates labeling and marketing for alcohol products. Depending on the state, additional alcohol distribution permits could be required by state and county governments. In the US, alcohol beverages are regulated under a “three-tier” system made up of a state-by-state patchwork of regulations that generally prohibit vertical ownership of producers, wholesale distributors, and retailers. PepsiCo’s arrangement with Boston Beer for Hard Mtn Dew, as well as the company’s foray into alcohol distribution has generated tension with US beer distributors and confusion as to the entity’s operating model under the three-tier system. BD spoke with Blue Cloud General Manager Emiliano Di Vincenzo to seek additional clarity and to update progress with both Hard Mtn Dew and Blue Cloud. (This story, originally published as an email news alert on Sept. 15, includes additional content.)

ON HARD DEW SALES. “We are encouraged by the progress. We’re hopeful in what we’ve been able to accomplish in six months and it gives us energy to continue the expansionist plans,” he said. When asked why the brand’s share has slipped in states where it was launched initially, he said Hard Mtn Dew is “up there with the best” when it comes to the fastest turning malt-based products in the states where it is distributed. “What really matters is, ‘What’s the velocity at which you stabilize, and then repeat?’” Di Vincenzo said share is always higher at launch for innovation, adding that Hard Mtn Dew enjoyed high trial rates. “From what we’re seeing, things are going pretty well, and that’s why we’re focusing on getting bigger.” Data from IRI for the 13 weeks ending Sept. 4 in seven Hard Mtn Dew launch states showed that velocity for the brand’s variety pack was competitive with some Truly Hard Seltzer packs and outpaced Simply Spiked Seltzer, which was launched in June by Molson Coors under license from Coca-Cola. Turn rates for single 24-oz cans were in the mix with single-can offerings from market heavyweights Twisted Tea (Boston Beer-owned) and Mike’s Hard Lemonade, according to the data reviewed by BD.

ON ADDING PRODUCTS TO BLUE CLOUD. “We have a lot of focus on getting Hard Mtn Dew right first,” Di Vincenzo said. “Our goal is to build a portfolio, but we want to have few, big plays as opposed to, get out there and try to get a very large number of brands to put in our truck. So, in the future, we could have other products.” Di Vincenzo said the products Blue Cloud will carry will be “new-to-world alcoholic beverages that aren’t in distribution.” Those could be both new brands and products based on PepsiCo brands, such as Hard Mtn Dew. “From a Blue Cloud point of view, which is what I do, I am interested in distributing products that we think sell well,” he said. “We are in this for the long haul.”

ON STRUCTURE. US three-tier laws for alcohol across US states would prohibit PepsiCo from producing and marketing Hard Mtn Dew as a manufacturer while also distributing the product. “There’s a lot of confusion that comes from the fact that the trademark is associated with this product,” Di Vincenzo acknowledged. Blue Cloud is a wholly owned subsidiary of PepsiCo that is operated separately from the company’s non-alcoholic product portfolio, Di Vincenzo said, adding that Boston Beer developed Hard Mtn Dew and is the producer and marketer. Boston Beer licenses the brand from PepsiCo for alcoholic beverages, and the brewer sells finished Hard Mtn Dew products to Blue Cloud under a separate distribution agreement, he said. “We believe we have set this up in a way that is in compliance with these laws,” Di Vincenzo said. “We’re still hopeful that we could get to national distribution.” (BD notes that PepsiCo sells Mtn Dew flavoring to Boston Beer for use in the brewer’s Hard Mtn Dew formula, which PepsiCo does not own. This has likely added to the confusion.)

ON REGULATORY HURDLES. Di Vincenzo said various states have drilled into the Blue Cloud model and Blue Cloud’s interaction with PepsiCo. “We get asked a lot of questions by the regulators,” he said. “I feel like the level of scrutiny is high. If we get licensed, it means they are satisfied, and we answered all the questions that they need.” Di Vincenzo said there are states, such as Georgia, where “conversations” are underway, and regulators continue to ask questions. “We’re more than happy to spend the time that we need to spend with the regulators,” he said. “We’ve been very collaborative.”

ON BOTTLENECKS. Di Vincenzo said any bottlenecks getting products to retailers or expanding to new outlets hasn’t been spurred by production limits, supply chain constraints, or labor shortages. He said Blue Cloud is building its own fleet of trucks, which takes time. “The intention is to serve everyone in the markets where we are available,” he said. Blue Cloud now has more than 200 employees including drivers, warehouse workers, sales staff, and back-office workers, according to Di Vincenzo. 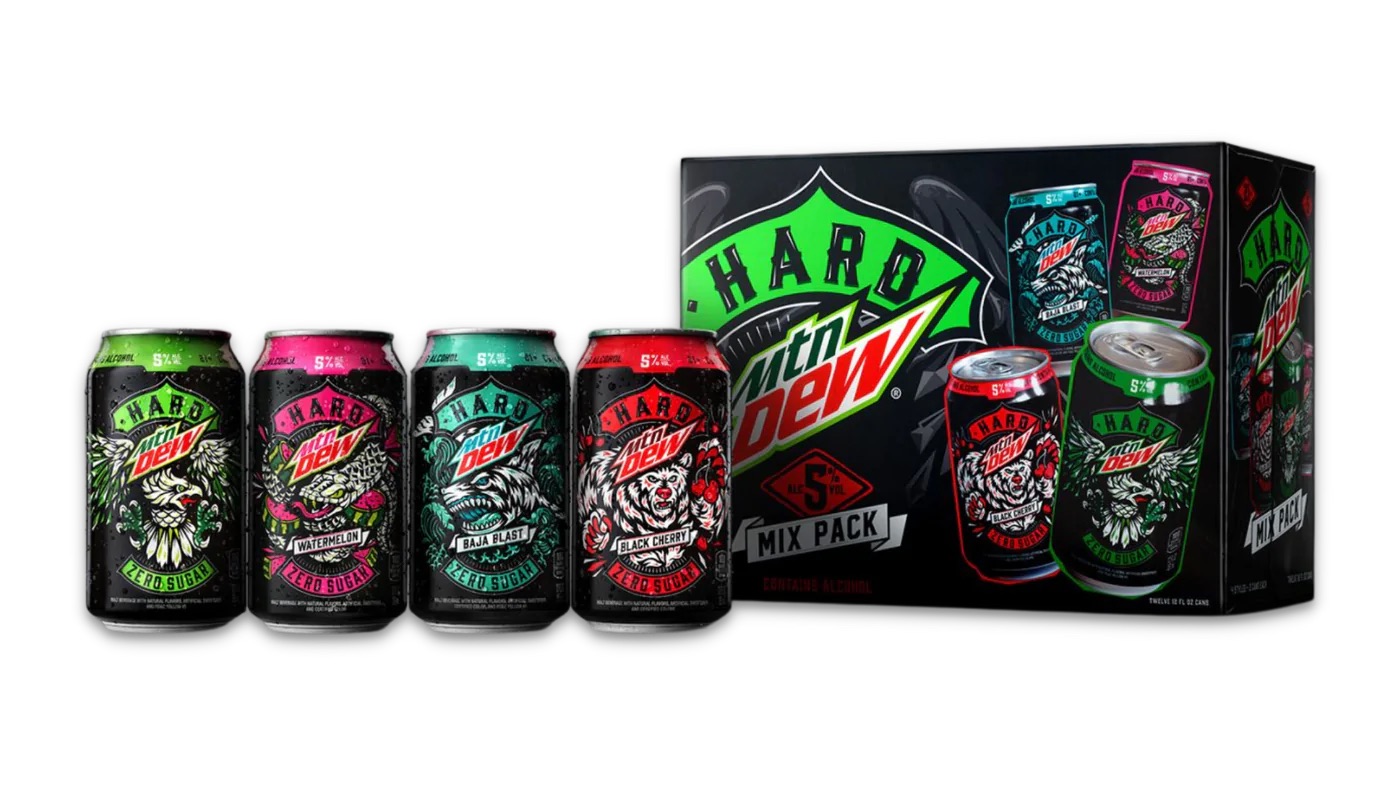 ON PEPSICO STRATEGY. When asked why PepsiCo has opted to build a ready-to-drink alcohol distribution business and absorb the complexity, Di Vincenzo deferred to PepsiCo executives. In an email, PepsiCo Beverages North America Chief Strategy and Transformation Officer Jim Lee answered the question as to the long-term strategy at play for PepsiCo. “PepsiCo already operates large DSD distribution systems in various industries through Frito- Lay and PBNA,” he wrote. “We saw an opportunity to leverage this expertise to participate in RTD alcohol, which is a large and fast-growing category. Blue Cloud Distribution is the entity that PepsiCo created to operate a DSD distribution system in RTD alcohol in compliance with all regulations.”

ANALYST VIEW. In a Sept. 21 research note in reaction to BD’s interview with Di Vincenzo, Consumer Edge Research’s Brett Cooper said PepsiCo’s Blue Cloud pursuit raises a key question about the company’s long-term plans. PepsiCo believes that owning most of its US non-alcoholic bottle and can beverage distribution and all of its US snack distribution enhances the performance of the company’s owned brands, Cooper pointed out. However, in alcohol, the company will be distributing brands owned by someone else such as Boston Beer, which won’t help PepsiCo enhance the competitiveness of its own route-to-market, he wrote. “Net, PepsiCo may have a view on how the route to market evolves over the long-term whereby rule changes could allow for PepsiCo to own alcohol brands (that one seems a hard thesis on which to invest against),” Cooper wrote. “What may be more likely is that PepsiCo sees a future where category convergence may render the siloed approach currently employed in the US as outdated and its route to market will be more valuable if proven that it can succeed across product types.”