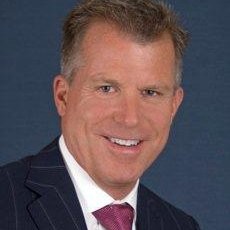 Keurig Dr Pepper is reorganizing its Allied and Emerging Brands unit under a new leader, naming SVP Mike Pengue as its GM. He reports to Chief Commercial Officer Derek Hopkins. Pengue is currently a KDP GM overseeing the company’s Away From Home unit. He came to KDP by way of Bai Brands, where he was the company’s first chief strategy officer before its purchase by Dr Pepper Snapple. Keurig Green Mountain and DPS later combined to form KDP. Before Bai, Pengue spent almost 19 years at Nestlé Waters North America, ending his tenure in 2016 as president of the company’s water brands.

Refocus. Since the formation of KDP, the company has integrated former allied brands Core, Big Red and Xyience (Big Red’s zero-calorie energy drink) into its broader operation, to better leverage the organization’s $11 billion scale, KDP executives told BD. Under Pengue, the Allied and Emerging Brands unit will focus on scaling the distribution of a number of brands that signed on before and after the KDP deal. They are Evian, Vita Coco, Neuro, Forto coffee, Peet’s Iced Espressos, High Brew, Runa, Adrenaline Shoc and Fruit 2O. In addition, the unit will look to fill white spaces in KDP’s portfolio. In an interview, Hopkins said the same kind of fragmentation that happened in roast and ground coffee years ago, highlighted by a shift to single-serve and premium products, is happening with other “major beverage categories” today. Such fragmentation “provides us an interesting platform to get into a number of these categories,” Hopkins said. “We’re interested in getting in where the partnerships are mutually beneficial.” As examples, Hopkins cited Adrenaline Shoc, a deal that included a “path to ownership,” and Evian, which is a “very long-term” partnership. The Allied and Emerging Brands unit will evolve into a “turn-key” operation to quickly scale acquired brands. Hopkins declined to tip his hand as to the white spaces KDP will look to fill.

Perspective. KDP’s portfolio would benefit from more fast-growing functional and premium offerings across categories such as water, tea, juice and now sports drinks, with the departure of allied brand Bodyarmor to Coke’s distribution system. Aside from Vita Coco coconut water, KDP is short on plant-based beverages. KDP, which relies on the Coke and Pepsi systems to distribute the majority of its most important carbonated soft drink Dr Pepper, appears determined to better compete with those companies across a range of high-growth beverage categories.

Offices. The allied and emerging brands unit now will have hubs on both the west and east coasts, Hopkins told BD in an interview. The west coast hub will be in the El Segundo, California offices previously held by Core Hydration, which KDP acquired last fall. The east coast hub will be located somewhere in the NY-Boston commercial corridor. “It’s really about being close to key influencers, consumers and some of our brand partners,” Hopkins said.