As Bang Decline Accelerates, C4 Now Has Muscle to Follow Celsius into the Void.

Keurig Dr Pepper followed its surprise $50 million November investment in Athletic Brewing with a far larger deal in December – an $863 million investment in C4 performance energy drink maker Nutrabolt. KDP also becomes Nutrabolt’s long-term sales and distribution partner. While ready-to-drink C4 is about half the size of market darling Celsius, the brand is growing just as fast, giving KDP instant access to a performance energy segment that is far outperforming an already strong growth category. With Coke tied to Monster Energy, PepsiCo now partnered with Celsius, and Bang Energy in bankruptcy, KDP has locked down one of the few remaining up-and-coming brands that can immediately take share in a quickly evolving $20 billion US energy category that shows no signs of slowdown. During an on-stage interview at BD’s Dec. 5 Future Smarts conference, KDP Commercial President Andrew Archambault said energy is a higher priority for the company than even sports drinks (KDP lost distribution of BodyArmor to Coca- Cola in 2018). “We see it as a really attractive space,” he said of the energy category, noting that it has remained strong for decades. “It’s only going to continue to grow.” Keurig Dr Pepper’s investment gives the company a 30% stake in Nutrabolt, making it the second largest investor after Founder, Chairman, and CEO Doss Cunningham. “This strategic partnership will supercharge C4 Energy’s current growth trajectory by accelerating household penetration, enhancing distribution and strengthening our overall commercial capabilities,” Cunningham said in a statement. KDP gets representation on the Nutrabolt board and the chance to add equity based on performance and pre-defined “capital raising scenarios,” according to the statement. The distribution agreement includes auto-renewals and survives an IPO or change in control at Nutrabolt, KDP executives said during a Dec. 16 investor call hosted by Bank of America Securities.

DISTRIBUTION TRANSITION, CARVEOUTS. KDP said it will carry ready-to-drink C4 “in the vast majority” of KDP-owned direct store delivery (DSD) territories. Convenience stores and cold placements will be a priority, KDP CEO Bob Gamgort said during this week’s investor call. While KDP’s chief energy focus will be C4, the company will continue to market energy drinks AShoc, Xyience, and Venom. Meanwhile, Nutrabolt “will continue to distribute C4 Energy directly or through its existing distribution network to the specialty, health club and fitness channels,” KDP said in its Dec. 8 deal announcement.  Next year will be a “transition and investment year,” according to KDP, as it expands distribution and availability of the C4 brand, which isn’t likely to boost KDP’s financial results until 2024. About 70% of Nutrabolt’s existing DSD network is made up of beer distributors, Nutrabolt President John Herman told BD in an email. When asked about termination fees, Herman deferred to KDP, which said any such fees would be disclosed in KDP’s financial statements when they occur. Some existing distributors “in certain markets” will be retained, according to the deal announcement. Those include Big Geyser in New York, Kalil Bottling in Arizona, Polar Beverages in New England, and Honickman in Maryland and Virginia, Herman confirmed to BD. Big Geyser, one of the first distributors of ready-to- drink C4 dating back to 2019, has a long-term exclusive agreement for the brand, Big Geyser President and COO Jerry Reda told BD. Big Geyser’s territory covers all five NYC boroughs, plus Westchester County and Long Island. “We feel the KDP deal will strengthen the brand,” Reda said. “It was a smart decision by KDP.” Reda said C4 sales are growing at about +140% in his territory. Big Geyser also carries Celsius, which is growing at almost +200%, he said, adding, “We have the two hottest energy drinks in the country.” Reda said that while C4 skews toward the male consumer, the brand’s Starburst and Skittles candy flavors licensed from Mars Wrigley in 2021 and 2022 respectively have broadened the appeal. Reda said he expects KDP’s “national strength,” coupled with C4 management’s “creativity” and innovation pipeline to meaningfully accelerate growth. “C4 is one of the most honorable companies we do business with,” Reda said. Kalil Bottling also has a long-term exclusive agreement with Nutrabolt signed in 2019. President John Kalil told BD that he received a letter saying the KDP deal won’t affect his distribution arrangement. “I love the brand,” he said, praising Nutrabolt’s grasp of branding, packaging, and marketing after less than five years in the market with the ready-to-drink carbonated C4 energy drink. “They’ve turned out to be a more experienced company than I expected. They are doing things the right way.” Polar Beverages distributes C4 in most of its New England territory, President & CEO Ralph Crowley Jr told BD. Like Celsius, the brand has tripled in size annually in his territory, though on a smaller base, Crowley said. Honickman-owned bottler Canada Dry Potomac distributes C4 in Baltimore, Washington D.C., and Virginia’s Richmond and Norfolk metro areas.

PERFORMANCE, SIZE. Ready-to-drink C4 Energy held a 1.6 dollar share of the energy drink category at retail for the first-nine months of 2022, according to BD data (see table). The brand was larger than PepsiCo’s Mtn Dew Energy and Monster Beverage’s Full Throttle. C4’s growth rates were on par with PepsiCo-distributed Celsius, which is more than twice as large with a 3.5 share. Nutrabolt estimates 2023 revenue of more than $650 million. The KDP investment values Nutrabolt at about $3 billion. Nutrabolt products are available in 125 countries. US retailers include Walmart, Target, 7-Eleven, Walgreens, Kroger, H-E-B, Wawa, Publix, GNC, and the Vitamin Shoppe. 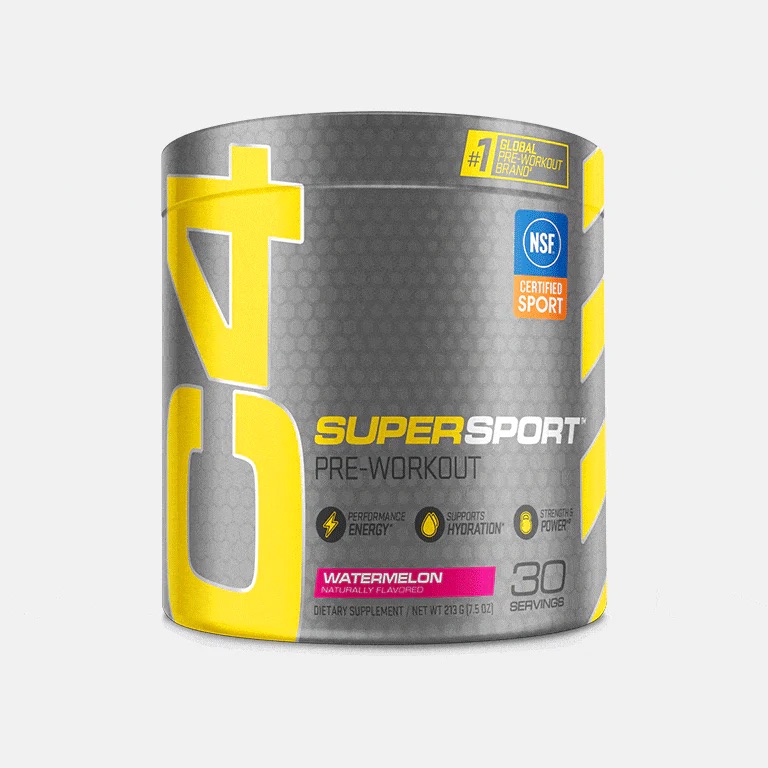 PRODUCTS. Nutrabolt’s core RTD product is C4 Energy, a carbonated product sold in signature yellow 16-oz cans inscribed with the words “Superhuman Performance.” The drink contains 200mg of caffeine, which compares to 160mg for Monster Energy, 210 for Red Bull, and 300mg for Bang Energy per 16-ounces (a C4 Ultimate variant contains 300mg of caffeine). The ingredient CarnoSyn beta-alanine provides “muscular endurance,” according to Nutrabolt. Sweetened with sucralose and acesulfame potassium, C4 contains no sugar, carbs, or calories. Single cans
sell for about $2.99 at convenience retail. A C4 Smart Energy variant, which boasts the phrase “superbrain performance fuel,” incudes Cognizin Citicoline for “brain health” and “focus & attention,” as well as naturally derived caffeine from green tea. A “natural” version of this product comes in a 12-oz can. Non-carbonated versions of C4 Energy and C4 Ultimate are offered in 12-oz plastic bottles as well. C4, Cellucor, and Xtend branded products are sold as powders in various packaging ranging from tubs to single-serve sticks, depending on the product. 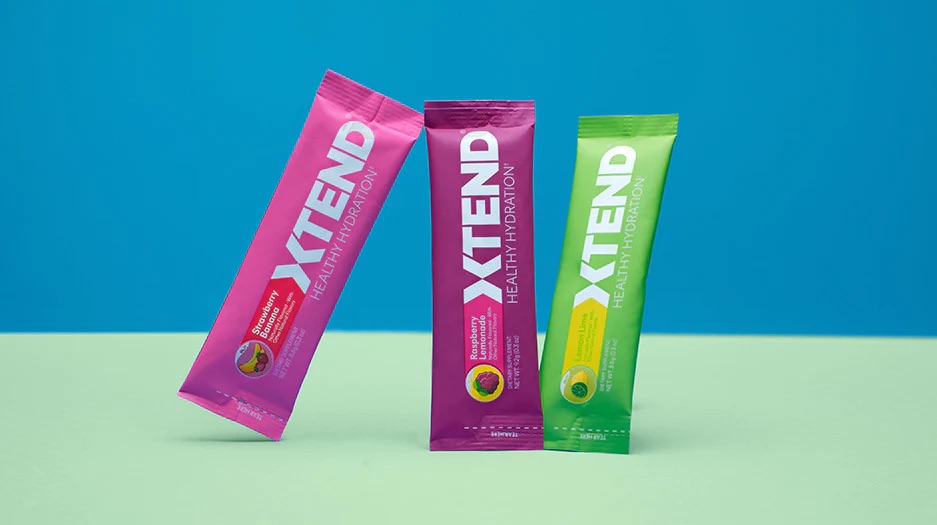 BANG SALES COLLAPSE OPENS OPPORTUNITY FOR C4.
Bang Energy volume declined -15% at retail during the first nine months of this year (see table) following the collapse of a distribution agreement with PepsiCo. Bang owner Vital Pharmaceuticals has since filed for bankruptcy protection. Keurig now can help C4 compete for volume lost by Bang, which shed -1.6 volume share points to end the nine-month period at a 6.9 share. That was in a category that grew volume by +3.7%. The trend for Bang has since deteriorated even further. In the four-week period ending Nov. 27, Bang declined by more than -40% by volume and dollars, according to data from Consumer Edge Research. 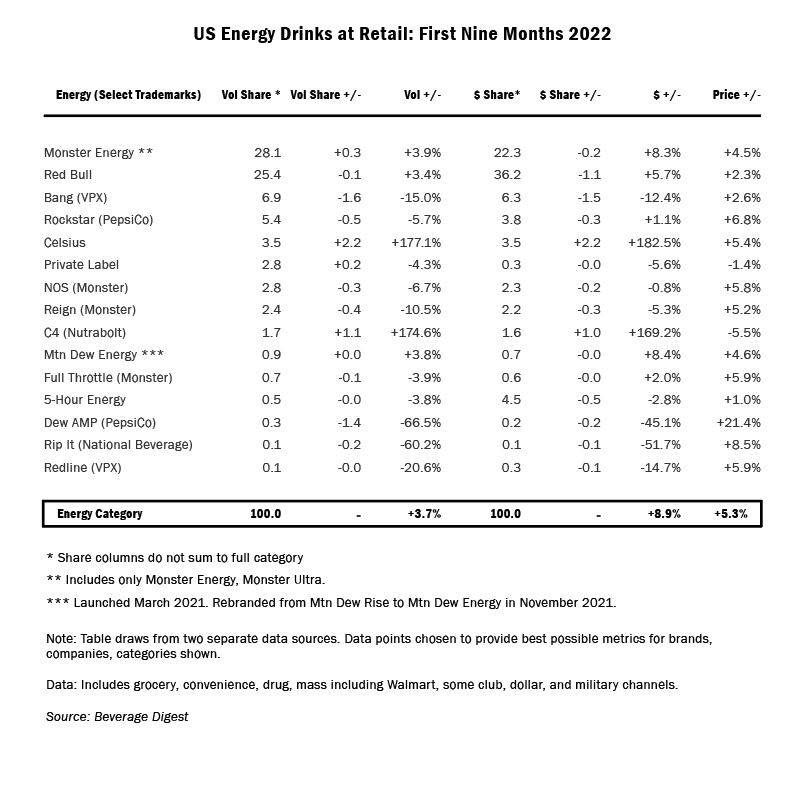