Discussions with numerous US Coke, Pepsi and independent bottling executives have confirmed an increasing concern about the availability of 12-oz and 7.5-oz (mini) aluminum cans.  “Our biggest problem right now is can supply,” one Coke system executive told BD. “We’ve never seen it so bad. We are losing sales now and don’t see a lot of relief.” An independent beverage distributor called the shortage “a huge problem.” The issue is most pronounced for distributors who don’t have control of their soft drink manufacturing operations. One Pepsi system executive estimated being out of stock on as many as 50 soft drink SKUs and another 25 energy drink SKUs. Production of smaller SKU’s, such as caffeine-free Diet Pepsi and Coke’s Tab, have been halted or put on tight allocation to reserve capacity for core SKU’s such as Coca-Cola, Pepsi-Cola and Dr Pepper, bottlers have told BD (this has generated consumer discussion on social media about products missing from shelves). “Our demand is extremely high at the moment, especially with the lack of product,” one Coke system bottler said of the can body shortage and resulting out-of-stocks.

Scrambling.  “Can volumes have exploded due to more of the population staying at home,” another Coke system executive said. “Unfortunately, that has resulted in aluminum shortages, which means the industry must shift to PET take home packages.” According to another Pepsi system bottler, “The limited supply of cans is wreaking havoc with our summer sales.” That sentiment came despite higher carbonated soft drink sales for the bottler so far this year. At a time of such uncertainty, losing sales to out-of-stocks is harder than ever to accept. To cope with shortages, some beverage manufacturers have moved can stocks from other countries. This isn’t always possible, however. For example, one small beverage company in the US was told by its co-packer that it couldn’t run 330-ml cans from the Middle East and Europe. And the co-packer said that even if it could, the ingredient labels would have to be reconfigured because the can holds just 11.2 ounces.

Retailer Concern.  In a July 17 research note detailing results of a beverage retailer survey, Goldman Sachs Analyst Bonnie Herzog said respondents reported or expected shortages of 12-oz cans for “multiple key manufacturers” including Coca-Cola. She said there was concern as well about 20-oz PET bottles related to Coca-Cola and PepsiCo offerings (the package was not cited as a concern among the bottlers that spoke to BD). In addition, beer retailers pointed out “persistent shortages” of product among major beer manufacturers related mostly to 12-oz cans. 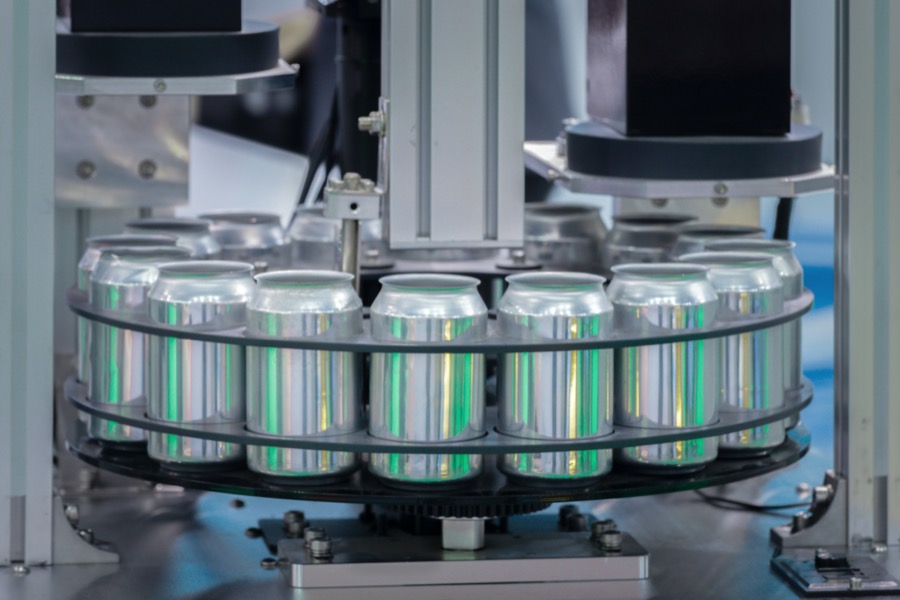 Causes.  Production of aluminum beverage cans has failed to keep pace with the booming success of seltzer products (both non-alcoholic and alcoholic), an exodus by craft beer from glass bottles to cans, and now the massive shift in soft drink consumption to 12-oz can multipacks amid the COVID-19 crisis. Aluminum cans have become a go-to package in most beverage categories at a time of increased environmental concern about plastic waste in oceans and a failing market for recycled glass.

New Capacity.  Can producer Ball has said it expects to open two new plants by the end of next year. On July 21, aluminum can maker Crown Holdings said shortages will persist through at least the end of this year. The company is rushing to add capacity. And Giorgi Global Holdings will construct a can manufacturing plant in Pennsylvania to open late next year (BD 7/15/20).