CFO Says Investment in Capacity Will Catch Up to Swelling Demand

PepsiCo’s independent beverage bottlers in the US have reported a patchwork of product out-of-stocks at a time of rising consumer demand within PepsiCo Beverages North America. Various shortages have been noted for brands ranging from Gatorade and Frappuccino to Mtn Dew Zero, Pepsi Zero Sugar, Crush, and Bubly. Even the newly introduced Neon Zebra cocktail mixers haven’t been immune to shortage, and the issues extend into PepsiCo’s company-owned bottling operation. Gatorade supply issues with 32-oz bottles have now extended to 20-oz bottles due to a scarcity of the type of PET used for those packages, according to bottlers. Two reasons for the pinch have been a shortage of aluminum cans for carbonated soft drinks and too little production capacity for hot-fill products like Gatorade and retort processed products such as Frappuccino. Pepsi bottlers who spoke to BD about the inventory shortages said the issue this year extends beyond the pandemic supply chain disruption that impacted all beverage companies (including Coca-Cola and Keurig Dr Pepper) last year. Several Pepsi franchise bottlers attributed this year’s problem to PepsiCo’s contract operations unit, which manages contract manufactured chilled, cold-fill, and hot-fill finished goods that are transferred to company-owned and franchise bottlers for direct-store-delivery. Reasons cited ranged from shortages at mixing centers (where finished goods orders are bundled for delivery to bottler warehouses) to incongruent information technology across the system. One bottler said 75% of their out-of-stock problem was attributable to PepsiCo’s contract operations, adding that there is a scarcity of institutional knowledge within the unit. The bottlers who spoke to BD said already tight product inventory before the pandemic was exacerbated by higher demand for packaged beverages last year as consumers locked down at home to avoid Covid-19 infection. The surge has remained unexpectedly elevated. One bottler said demand has been about 10% over forecast so far this year. Add to that PBNA’s improved performance in recent years, fueled by stepped up marketing and advertising spending. The system has struggled to catch up, the bottlers concluded. 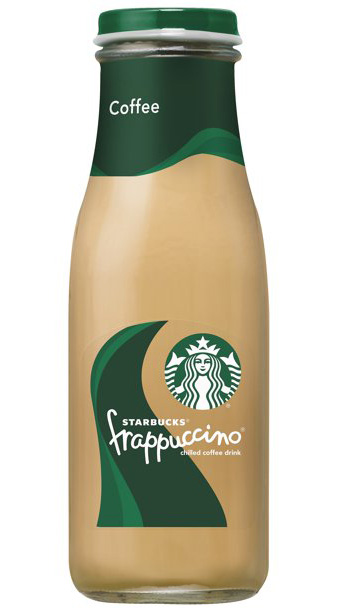 BD: Has PepsiCo’s capital spending for North America beverage production capacity been adequate?
HJ: If you look at our capital spending the last couple of years it’s been up about 20% more and a pretty good chunk of it has gone into PBNA. The demand surge has been pretty significant. And if you look back historically, we built for growth but we’re getting a lot of growth. That [PBNA] business has accelerated and to some degree we’re certainly catching up on capacity a bit. Had we seen demand growth at a more historically typical level, the investment would have been in sync with that. Obviously, there’s a lot of supply chain complexity in every industry these days. Then combine that with the accelerated demand. It’s a confluence of all those factors.

BD: To what do you attribute the surge in demand?
HJ: It’s the investments we’ve been making back into the business the last couple of years, whether it’s investment in A&M or investments in selling capacity at that end of the supply chain. We’re gaining share pretty well across the board. It’s much more those factors that are driving it. Plus, candidly, the innovation that we’ve been putting out has been quite successful and quite good and so that innovation creates a lot of demand, whether it’s Mountain Dew Rise or Bubly or all the new products that we have out there. Even some of the products like the watermelon product in Mountain Dew. That stuff sells out so quickly.

BD: And have you heard any of this frustration from the independent system? And how is it similar or different from what you hear from your company-owned bottling network?
HJ: It’s consistent between the two. Obviously, given that we went through a period where volume growth was relatively low, there was obviously a terrific opportunity to have very, very high service levels because we had the capacity in place for the existing volume for a number of years. As we invested back in the business and have accelerated growth, in terms of the consumer side, we clearly are in a position where we’re investing in capacity. Covid has sort of mixed up the channels a little as well. You’ve seen big growth in ecommerce. The take-home channels have grown at an accelerated rate. Until this quarter, C&G and food service were not growing as rapidly and in the case of food service, negative. These abrupt shifts in channel mix have put some stress on the system. Again, we invested in capacity but we’re growing faster than we expected to.

BD: When it comes to contract ops, what’s your assessment? And has technology been a challenge?
HJ: I don’t think that the information technology is causing any material issues. We are in the process of upgrading everything onto one platform, which is SAP. That’ll take place over the course of the next couple years. But I haven’t heard anything at all about IT issues creating any sort of challenges from an operational perspective.

BD: What’s the solution to elevated out-of-stocks?
HJ: We’ve increased the level of investment in capacity, both production and warehouse. And that investment will stay at a higher sustained level because I think the higher growth rate is probably here to stay, as well. With what we have in the pipeline right now, that should catch us up and then we’ll be investing for a higher level of volume and revenue growth than what we had in the past. It’ll straighten itself out over the course of the next couple of quarters. I don’t think we have a long-term sustaining issue here.